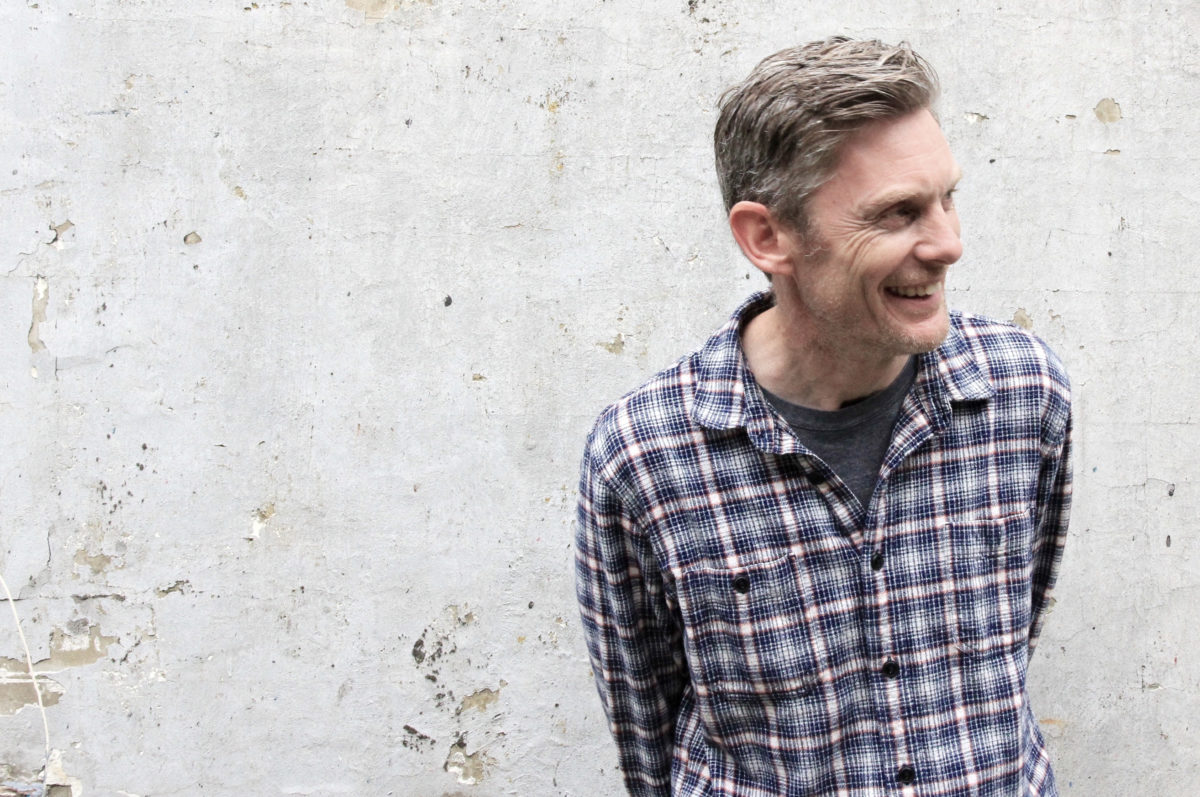 It’s no secret that Norway is a phenomenally hot spot when it comes to the creation of electronic music of all kinds.

From the fresh faces of chart toppers Matoma and Kygo, through to the bona fide, universally acclaimed catalogues of Nordic Playlist curator Lindstrøm, Prins Thomas and Todd Terje, Norway has long been recognised as a pioneer in its field – and now, there’s a brand new film documenting its rise.

Ben Davis of Paper Recordings is the director of the film, which is entitled Northern Disco Lights: The Rise and Rise of Norwegian Dance Music and which received a UK premiere in early November. Tracing steps back to the very foundations of the scene, the film offers up insightful interviews alongside stunning footage of memorable artist performances, and the magnificent surroundings that moulded the sound.

Find out more about Northern Disco Lights by reading out interview with Ben Davis just below, and tuning in to his hand-picked selection of songs that changed the scene.

Hi Ben, thanks for joining us at the Nordic Playlist and congratulations on your new film! Northern Disco Lights reflects on the untold story of how ground-breaking disco sounds emerged from the remote town Tromsø in Norway. Why was this an important story to tell?

Thanks, we’ve been blown away by the response it’s been getting. I think it’s one of the world’s most under appreciated music scenes and it seemed like a good time to shine a spotlight on it.

You and Pete Jenkinson (the film’s producer) are founders of record label Paper Recordings and originally work with producing music. So what made you want to tell this story through film?

We’ve been doing the label for a long time it felt like it was time for a new challenge.

And what was your vision when coming up with the way to tell the story – and how did you go about realising it?

My original idea is pretty much where it ended up. Three acts that are basically broken down to Tromsø / Bergen / Oslo & the World that would follow the natural chronological order. Trying to tell the story in an engaging way without it becoming a history lesson was a major challenge which Otto Burnham our editor did a fantastic job of pulling together. We had over 100 hours of footage and it is quite a sprawling and complicated story. We also wanted it to be about more than music but about the culture, people and landscape. We’ve had people with no interest in music at all saying how much they like it so hopefully we got there. 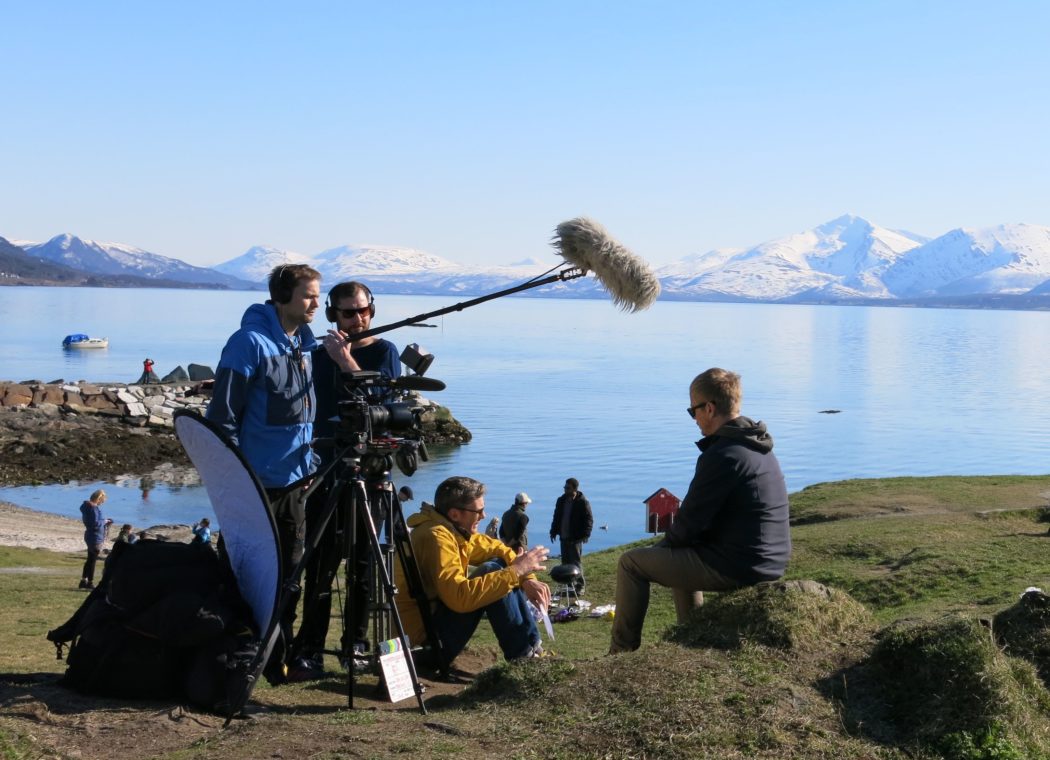 The film takes us from teen bedrooms in Norway to dance venues across Europe, and from DJ Erot to Lindstrøm. It took three years and a crowd-funding campaign to make it, can you describe the process? What were the highlights and challenges in making it?

It was a bit of a leap in to the unknown. So, we booked our first filming trip and thought we’d make a start and see how things worked out. I was looking for a Norwegian camera man and Rune Lindbaek set me up with Teje Rafealsen. We got on brilliantly and pretty quickly decided to do it with him as a co-production. The highlights for me were being able to travel around Norway and getting to know the people who live there. Plus of course interviewing DJs and producers whom I have a huge admiration for. It’s been a massive learning curve for us all and we’ve had pretty anxious moments, mainly about funding! Of course now the highlight is seeing how well it is being received and a room full of happy people.

We’re especially curious about the scene where Bjørn Torske brings his gear with him in a cable car and plays on the top of a mountain in Tromsø, as it really sticks out from anything we’ve seen before and is very symbolic for the theme of the film. How did you come up with the idea? What was the process like and how do you feel about the result?

Funnily enough there’s only a very small bit of it which made the final film. I had an idea in my head that Bjørn would be playing live on a tundra in Northern Norway and we would see him on the horizon as the camera zoomed in, a bit like the famous camel scene in Lawrence of Arabia (Nordic style!). It seemed like a good combination of landscape and Norwegian music being so linked to it, figuratively and physically. 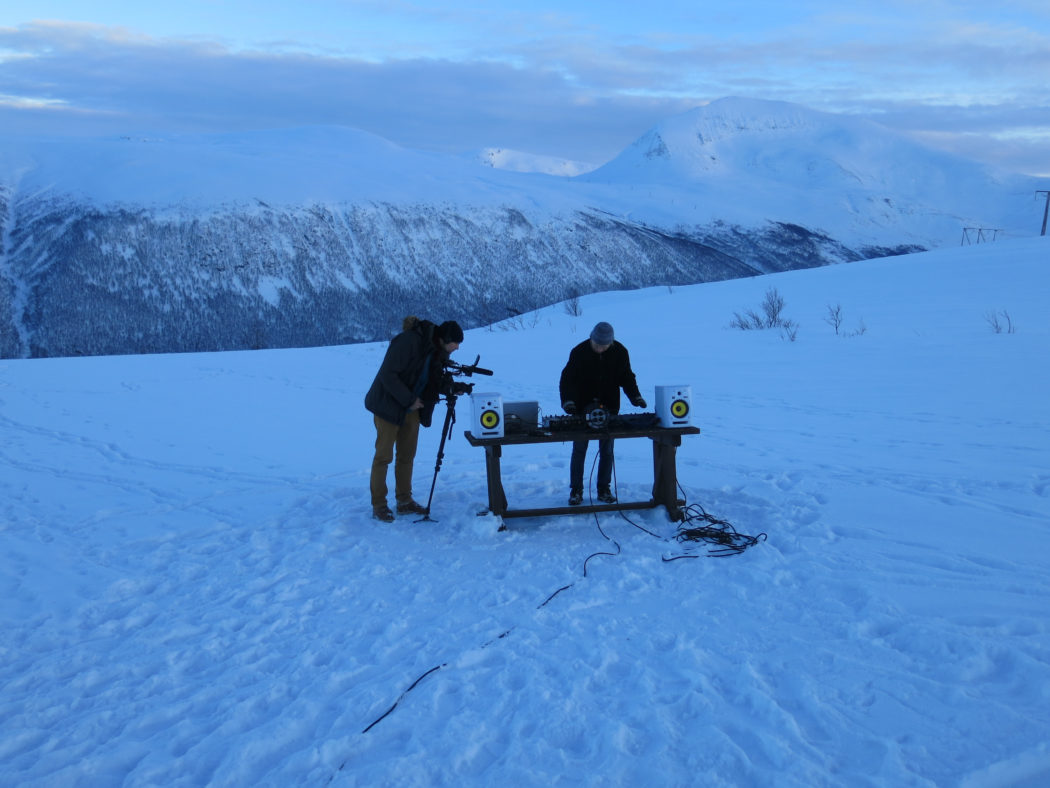 The end result wasn’t quite that but it came out great all the same, Bjørn was well up for getting involved but I think it was the first time he had played in mittens!

What would you say are the most pivotal moments in Norwegian dance music history that are highlighted in the film?

There are a few turning points; Mental Overdrive and Biosphere releasing records and showing that it could be done, Tellé Records launching with Bjørn Torske and Erot leading the charge, ‘I Feel Space’ and ‘Inspector Norse’ are the ones that spring to mind at the moment.

How have Norwegian disco pioneers affected the dance music scenes elsewhere in the world?

I think they were part of a scene that really brought disco in to the centre of the underground. It’s easy to forget that it was still quite a marginalised genre until fairly recently and hit “peak disco” with ‘Get Lucky’. They also offered a new take on it that Prins Thomas and Lindstrøm pioneered that was a lot more psychedelic than what had been around before.

You’ve put together a playlist with your top ‘Northern disco’ tracks, can you tell us a bit about it and why picked these tracks in particular?

I’ve tried to include some that are my favourites rather and tracks that led to the film.

Annie – ‘The Greatest Hit’
The perfect pop song that contains my favourite ever line “on a moonlit drive in a Renault car” and fantastic production from Erot. This was massive and I think the first time Norwegian made a properly big impact in the UK.

Lindstrøm – ‘Six Cups of Rebel’
Hans-Peter is such a good producer who can go from extremely avant-garde like his recent collaboration with Todd Rundgren to pop in the blink of an eye. This is brilliant because there’s an amazing amount of tension that feels like it’s going to massively kick off then never quite does, I’d love to do a mix of it! It’s also a good example of the mix of influences that goes in to his music, you can hear prog, disco, psychedelia, electronica, acid house and rock all tied together.

Mental Overdrive – ‘In Love We Fall’
I’d forgotten about this until Bjørn Torske put it on a recent mix for The Vinyl Factory. Per is a really talented producer and an absolutely smashing chap. He can claim to have kickstarted the whole scene along with Biosphere and is still out there on the front line breaking down musical barriers with his productions. This track is a brilliant bit of deep techy house that has got so much machine emotion. It’s been a real honour to have him and Bjørn playing at some of the NDL parties.

Todd Terje – ‘Strandbar’ (Samba Version)
Gold-plated dance floor dynamite from one of the world’s best producers. I love the way this mix teases in and it’s great for playing out as it takes a while for people to clock on to what it is. By they end they’re swinging off the rafters!

Idjut Boys – ‘One For Kenny’ (Bjorn Torske For Kenny Mix)
I love all Bjørn’s stuff but he doesn’t put much out. This was released last year and is a trippy 14 minute voyage of subterranean conga driven deep house that doesn’t do much but is epic.

Rune Lindbaek – ‘OK, Kjør Romskip’
Rune was part of Paper Recordings’ first Scandinavian signings Those Norwegians so set the ball rolling to the point where we are today. This is psychedelic disco that could only have been made in Norway. He’s an incredible DJ and once met, never forgotten!

Prins Thomas – ‘Symfonisk Utviklingshemming’
Thomas is a brilliant DJ and producer and his 3 album is one of my favourites of the last few years. This would melt the hardest of hearts and is the sound of sunshine via krautrock.

Doc L Junior – ‘Let’s Go (Never Been To Tokyo)’
A track from Paper Disco that Kolbjørn did for us and he’s an amazing producer who has not had the props he deserves. This is a disco record that shows how it should be done in the face of a lot of cut and shut edits that are so lazily put out these days. It’s unhinged and packs a heavy groove.

Lindstrøm & Prins Thomas – ‘Boney M Down’ (Alternate Version)
You could say that they kick-started the whole Norwegian “space disco” sound and this is my favourite track of theirs. It’s home made and has a really good, unique vibe that offered a new take on the at the time genre of disco.

Mental Overdrive – ‘About Jazz’ (Tore Fra Singapore Usikker Musiker Mix)
Erot didn’t leave much of a catalogue behind but what he did leave is all amazing. As a club track this is probably his most ambitious and gives a glimpse of what he what he may have gone on to do if he hadn’t died so tragically young. I think of Todd Terje as his spiritual heir.