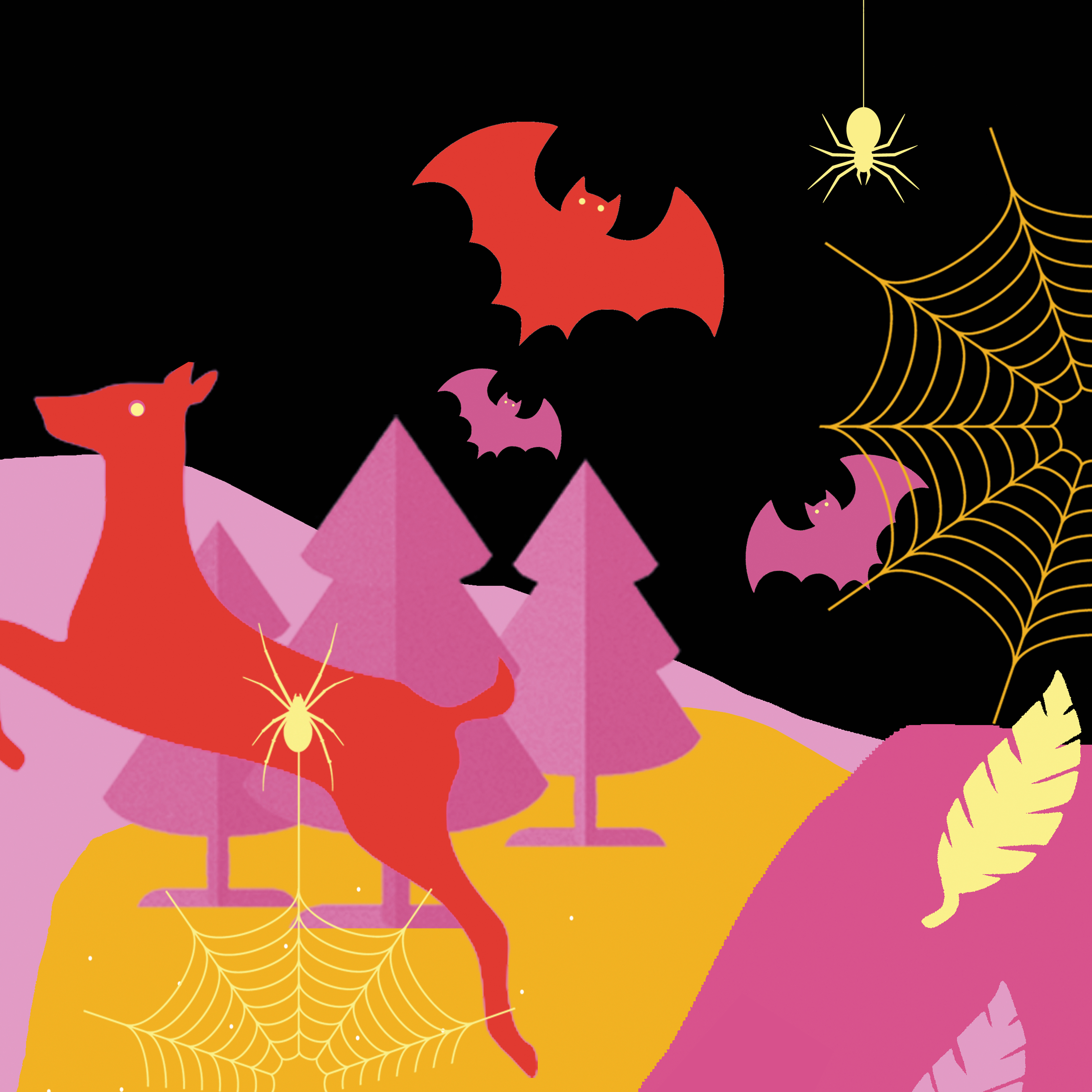 Our second show of the season is on sale now, and we’re enormously excited to be joined by Swedish songstress Janice, Bergen newcomer Birgitta Alida, and Copenhagen’s phenomenal The Entrepreneurs!

As ever, Ja Ja Ja is taking place on the final Thursday of the month, which just so happens to fall on the 31st October – so join us as we combine the best bits of Halloween with the finest new Nordic music. 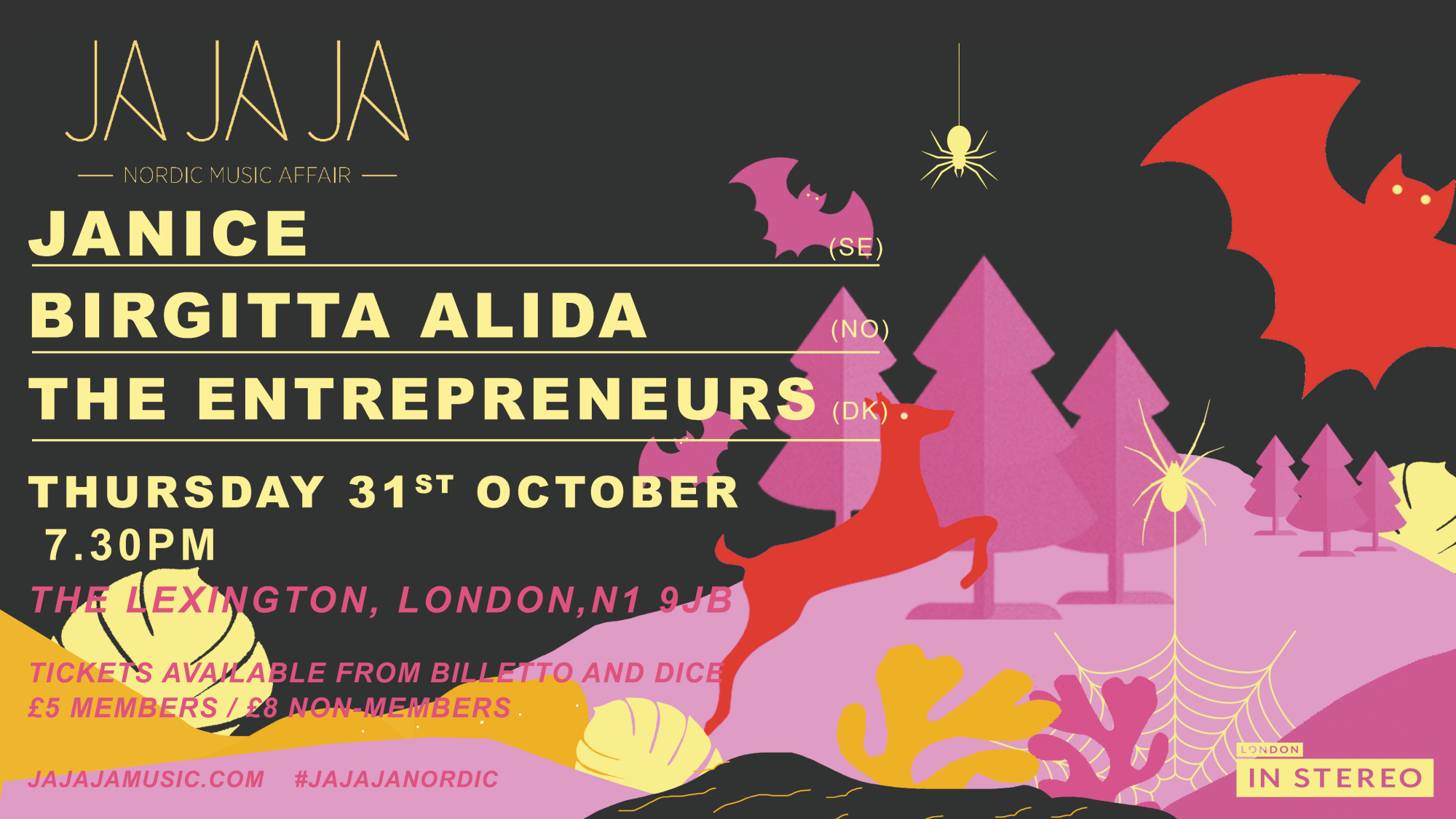 In just a few years, Janice Kamya Kavander (known to her fans simply as Janice) has established herself as a natural part of the Swedish music scene with her powerful and distinct voice. With a musicality rooted in RnB and Soul, her personal stories of grief and hope have resonated well with the public, and although only at the cusp of her career, Janice has already received plenty of accolades from the audience, critics and fellow artists.

As a child, Janice found an outlet for the music she had within her through her almost nightly performances in her own home and by the age of sixteen, Janice was persuaded by her friend and now fellow artist Sabina Ddumba to join the Tensta Gospel Choir.

The decision to join the choir turned out to be a crucial turning point for Janice’s career. Participating in the choir not only allowed Janice to find her own unique voice and evolve as a musician, but the strong sense of support and community that this new environment provided turned out to be the safe haven that Janice needed in order to connect with her own feelings, and develop as a young person too. It was here that her love for gospel music was awakened, and that newfound love combined with her new, stronger sense of self took Janice’s artistry to the next level.

Three years later, Janice’s debut single “Don’t Need To” was released to much critical acclaim. Amongst its several recognitions, it was chosen as one of the best songs of the year by prominent Swedish radio show “Musikguiden i P3”. Sweden’s leading daily newspaper Dagens Nyheternot only dubbed Janice as a rising star, but also selected her as one of four artists to be deemed as the “Culture Hopes of 2017”. The single was furthermore praised by international artists such as Zara Larsson, Charli XCX and Ricky Martin, and became one of 2016’s most played songs on Sweden’s largest mainstream public radio station P3 (similar to BBC Radio One).

In 2018, Janice’s much anticipated debut album “Fallin’ Up” was released. The album was written by Janice and her creative companion producer HYENA (Andreas Söderlund), as well as Joel Sjöö, Javeon McCarthy and British producer Two Inch Punch. With much of her lyrics based on everyday life,Janice’s debut album shared glimpses of intimate bedside conversations and personal diary notes with the listener.The album was well received and highly praised by media.Sonic, Sweden’s most influential music magazine gave it a rating of 9 out of 10, and also called it “a potential Swedish Soulclassic”. Sweden’s largest evening paper Aftonbladet wrote that it was a debut “to be extremely proud of”, while Gothenburg’s leading paper Göteborgs-Posten referred to it as being “sensationally strong”.

Less than three years after the debut single was released, Janice has released ten singles and one album, performed at Sweden’s main award shows and galas, toured multiple countries, acted in two major productions and has recently released a brand new five track EP called ”I Don’t Know A Thing About Love”. 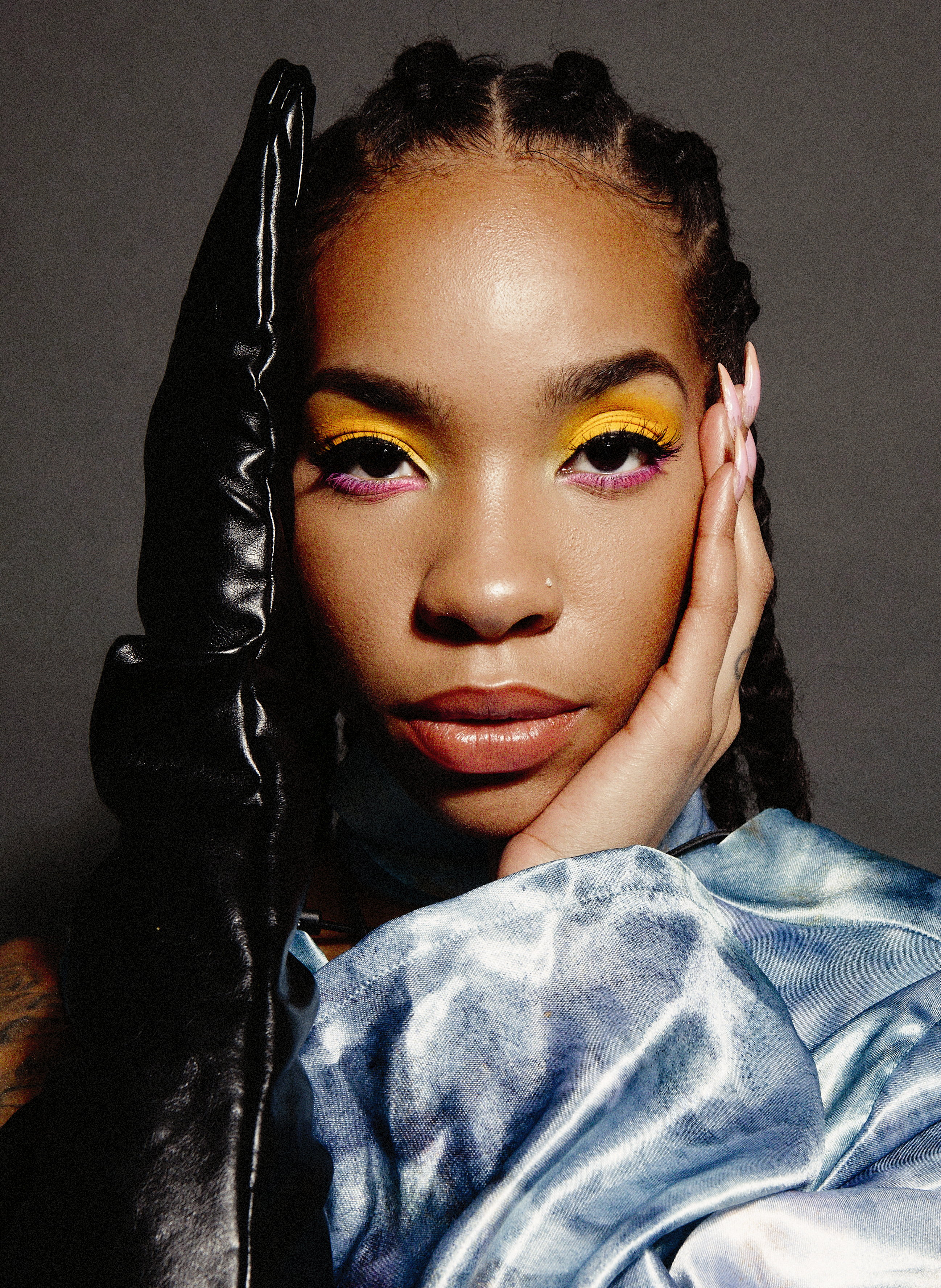 Like lifting the words from a diary or opening a memory box and unearthing the trinkets inside, Birgitta Alida‘s music is a whipsmart pop treasure steeped in nostalgia. Its inspiration comes from the Norwegian songwriter’s classical training whilst capturing the innocence of youth and love’s young dream.

Breezy with the smarts of fellow Scandinavian Sigrid and bathed in the sweet dreams of Camera Obscura (Birgitta’s vocals could easily be those of Traceyanne Campbell in
disguise), her music draws upon influences as broad as the Bergen city views from her overlooking woodland apartment. When it’s not raining, Birgitta can see mountains, fjords and colourful wooden houses on the old wharf below; it’s as cinematic as the stories of Twin Peaks, Phantom of the Opera and the tales told by Norwegian poets Arnulf Øverland and Herman Wildenvey, that inspire her.

Recorded in producer, artist and songwriter Matias Tellez’s studio with his brother and bassist Pablo, this is the sound Birgitta has always wanted to make. After cutting her teeth in bands Strange Hellos and Lumikide, she chose to forge her own path by bringing in her classical roots. “I wanted to make a vocal-based universe where my own references and taste could shine through with strings, horns and choir arrangements,” she says.

Moving to Bergen from Tromsø to study jazz vocal at the Grieg-academy, Birgitta grew an appreciation for Bill Evans and Chet Baker, plus the works of composers she would encounter whilst learning violin and piano. “Debussy has this dreamy, cosmic sound,” she says. “When I listen to his music, I get the feeling of drifting in space. I also like the sacral sound of Bach so try to capture that with cembalo, strings and horns in my own music.”

Inspired by the impeccable vocal stylings of Kate Bush and timeless sound of Melody’s Echo Chamber, Birgitta’s music also nods to the records of her upbringing. The Beatles,
The Doors and Led Zeppelin would soundtrack her childhood whilst she composed mini melodies and choreographed dance routines with friends. “I loved to sing and perform, I remember being seven years old, standing in my room pretending to be Agnetha from ABBA with a hairbrush as my microphone. Me and my friends would perform in front of our class in third grade.”

Perhaps reflective of Birgitta’s passion for all things vintage (her stage outfits are sourced from markets and traders’ stalls at her own Bergen Fashion Market concept), her latest single ‘When I’m With You’s waltzing strings and heavenly vocals recall girl groups of the 60s and French yé-yé singers Francois Hardy and Sylvie Vartan – something that is mirrored in the lava lamp psychedelia of the track’s DIY home-taped video which shows Birgitta playfully embracing the nature of her Norwegian landscape and not taking life too seriously.

It’s no surprise she’s equally drawn to the technicolour wonderland and strong musical expression of David Bowie, as to strong females, PJ Harvey, Lykke Li and Lady Gaga. “I
spend a lot of time on YouTube, watching Lady Gaga perform,” Birgitta says. “She’s really cool, doing whatever she wants, whether wearing a meat dress or riding a gigantic fake
horse on the red carpet.”

Marking a significant passage in Birgitta’s journey as a sophisticated Indie pop artist with old school styling, ‘When I’m With You’ will be her most important ‘dear diary’ moment yet. “I hope the songs can become something meaningful for people, that they can relate to and want to listen to over and over again. That would be a dream.” 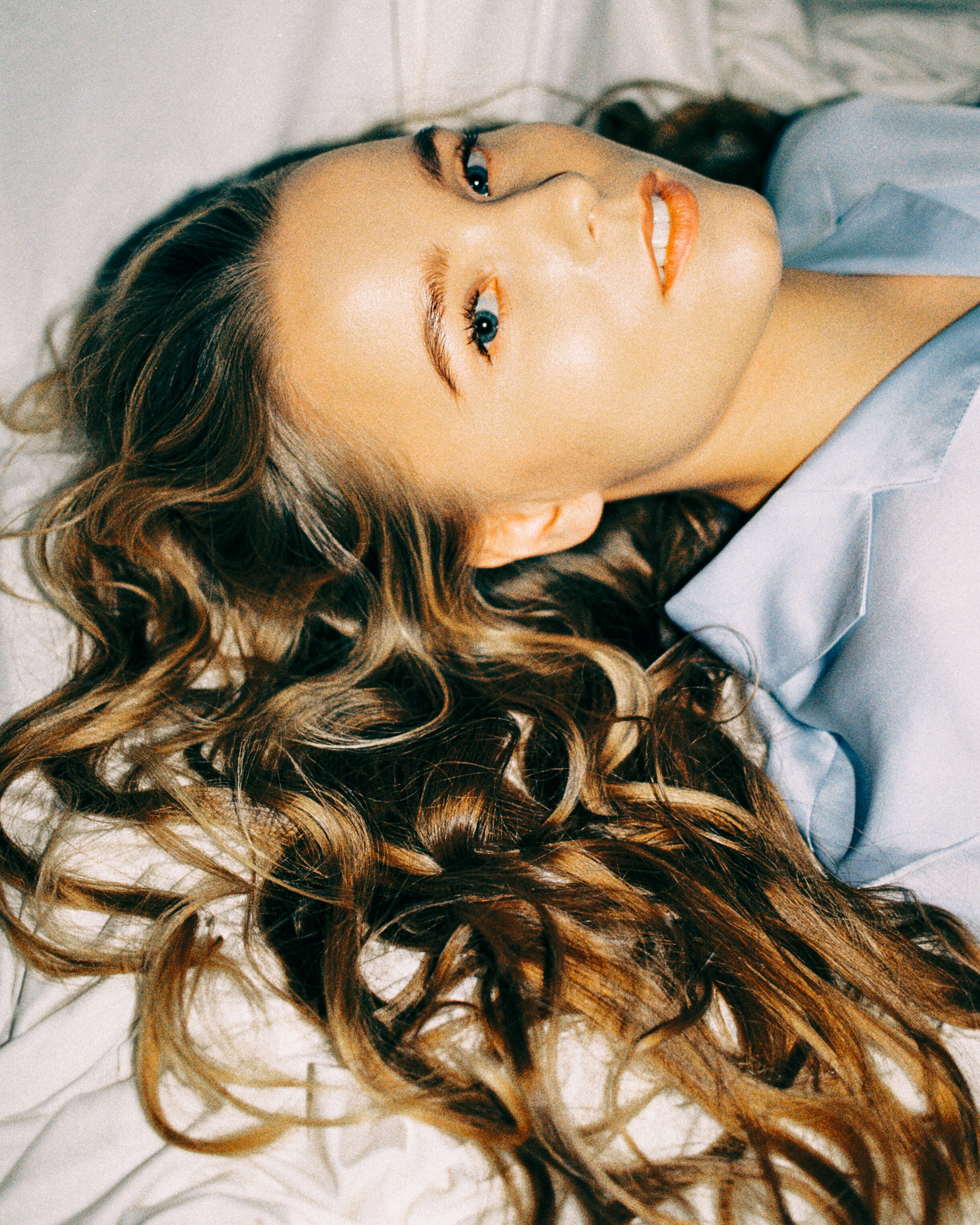 The Entrepreneurs started out as a duo when bass player Anders Hvass and singer guitarist Mathias Bertelsen met in their teens starting high school in northern Denmark. They grew up in Thy, a rural region of Denmark, known for its creative environment and progressive youth culture, despite – or maybe because of – its remote location. As they grew older and craved new impressions, they moved across the country to Copenhagen, where they met Jonas Wetterslev who became the live drummer for their newly started band. Jonas quickly became more than just a live drummer and led to The Entrepreneurs expanding into a trio.

After touring extensively with their debut EP, the trio gained a reputation as one of the fiercest live bands in Denmark bringing their aesthetically rich and experimental variations on some rock’s most significant sub-genres like punk, grunge and post-rock to both Denmark’s main venues and the stages of such festivals as Roskilde Festival, Spot Festival, EuroSonic, Bylarm etc.

In February the band released their debut album “Noise & Romance” on adventurous indie label Tambourhinoceros. Noise & Romance is a lavish experience from start to finish. The grunge and post rock-inspired album opener “Session 1” sets the tone with a big and wide guitar riff, explosive drums and Mathias Bertelsen’s signature vocals that brings it all together.

Since their 2016 debut-EP Jonas Wetterslev, Anders Hvass and Mathias Bertelsen have grown into an intriguing alternative rock-band ready to take on the world. 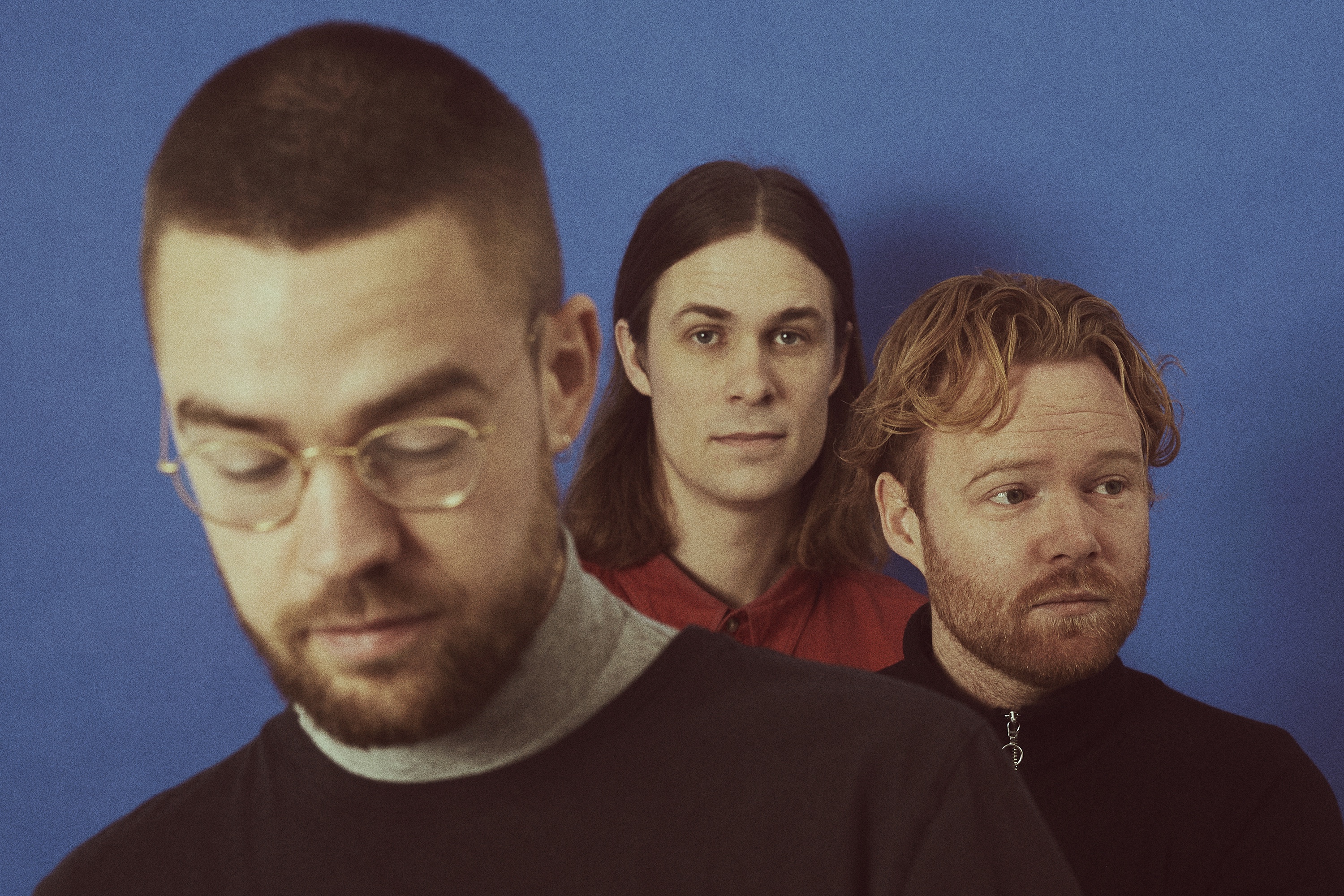 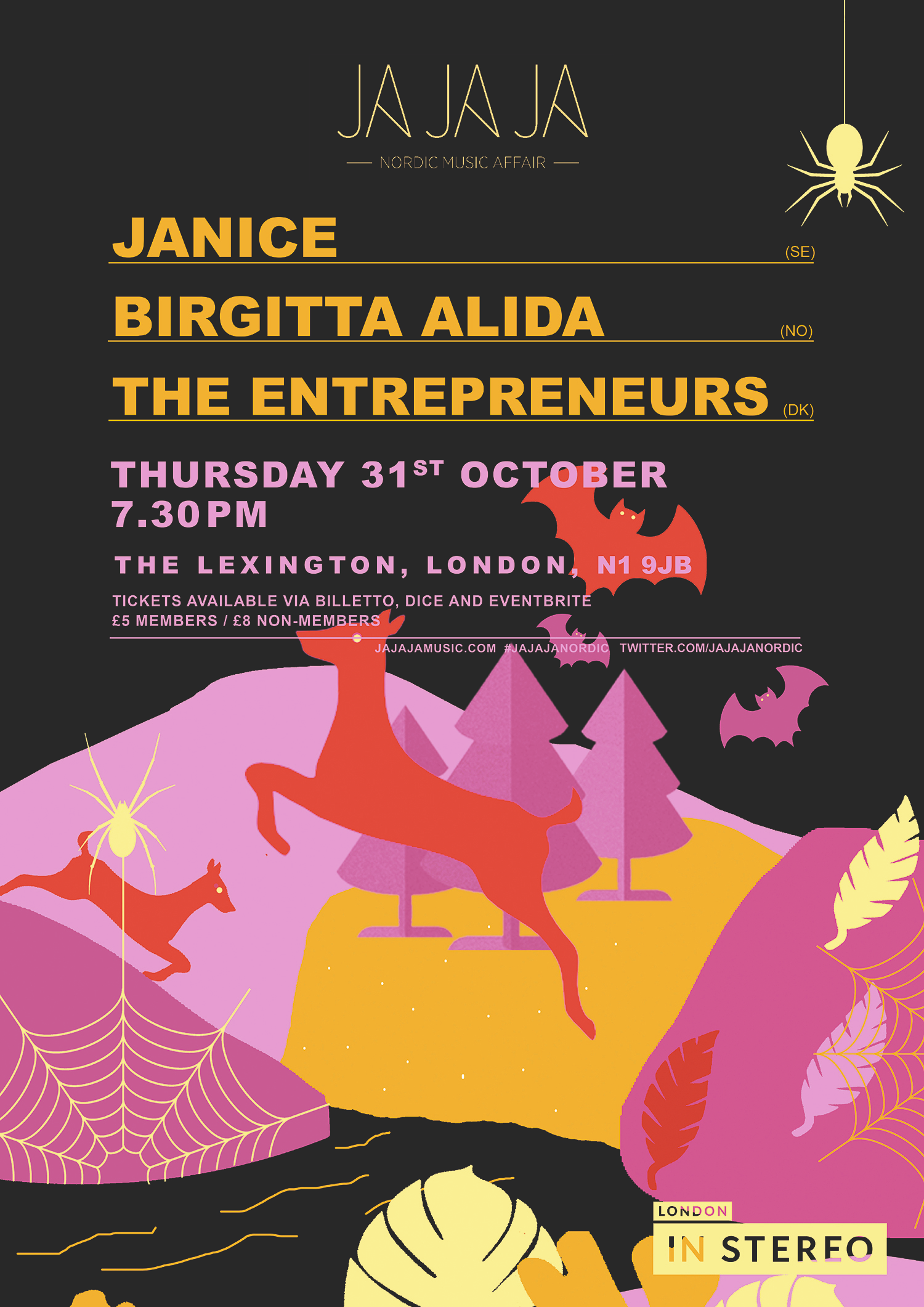