Each month at The Lexington in London, we at Ja Ja Ja hand-pick 3 emerging Nordic artists for you to come along and discover. And with the line up we have in store for our upcoming show on Thursday 26th March, it’s safe to say we’re all in for an absolute treat.

Iceland’s Máni Orrason, Sweden’s LOVA and Finland’s The Hearing will all be making their way to London to join us, bringing powerful pop, outstanding voices, bags of energy, captivating light shows and boundary pushing music that’s breaking all the rules. The artists will bring the music, we’ll bring Nordic vibes, competitions and treats – so make sure to join us there! 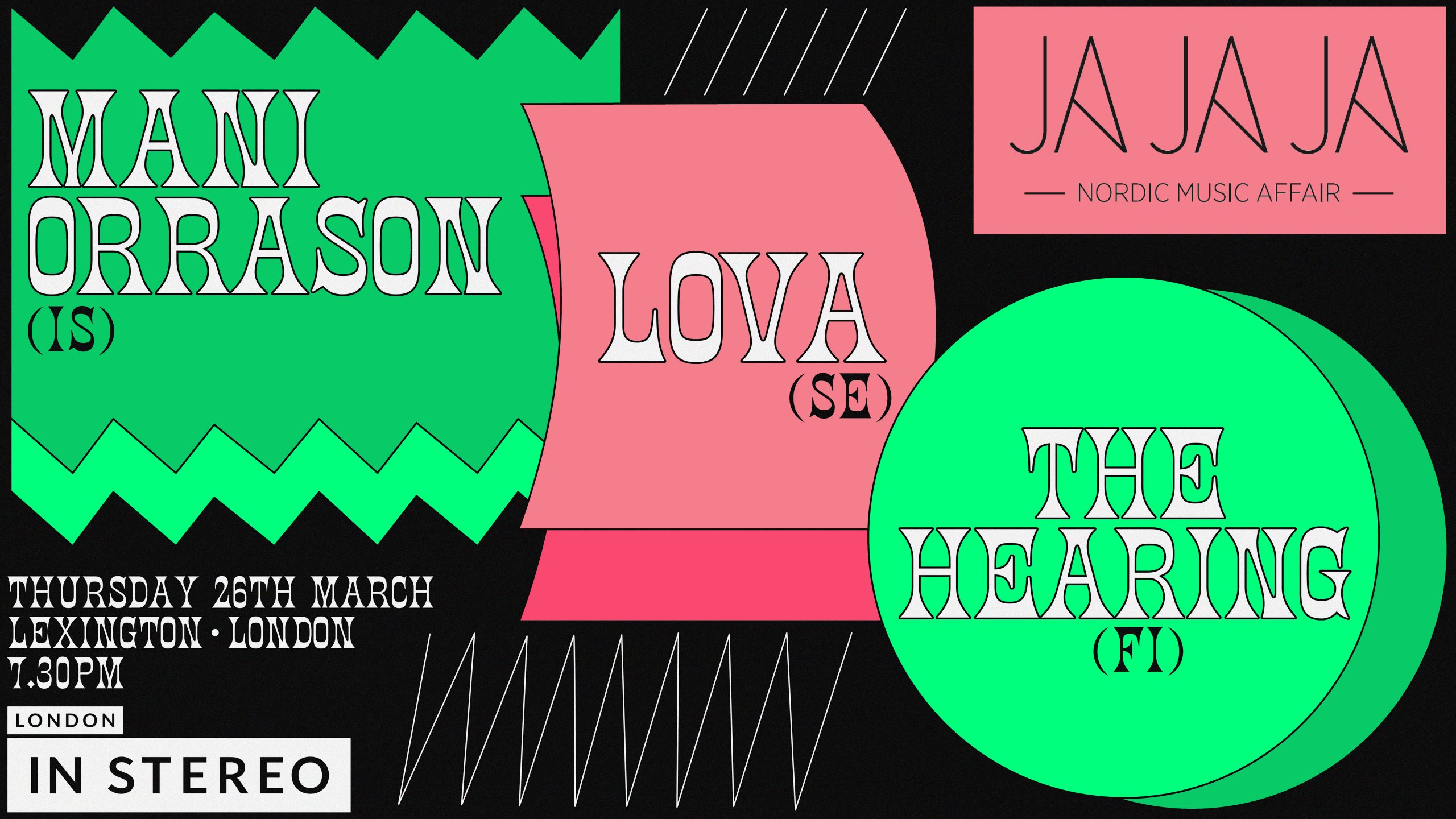 “I think I’ve had a bit of a crisis,” states rising pop talent Máni Orrason. “Just thinking ‘what is the point of this?’ or ‘what is the point of doing what I’m doing when it feels like, a couple of generations from now, we’re gonna be living in the apocalypse? Am I just gonna keep writing love songs and look cute on Instagram and hope for the best? What do I do?”

The tumultuous landscape of the world at present has been taking its toll on the 22-year-old Icelander, who has been rattled into questioning the role of a musician in 2020. He has spent the time since the release of last year’s EP BABY ANGEL ruminating over such things in the debris of a breakup.

“[BABY ANGEL] was more naïve; it was very blissful, and I thought I’d cracked the code for myself there in the way that I was happy. That EP is so much about falling in love and everything that comes with that and coming out of depression and uncertainty, and attributing all of that to another person,” says Orrason.

A symbol of the mythical intersection of sincere love in consumerism and advertising, the new collection BABY ANGEL LOVES YOU sees Orrason endeavour to bring joy to those who are searching for such light. “In the past my music has been much darker or with more self-criticism and self-hatred,” he says of his early work. “I was realising that I wanted to make music from a more empathetic, genuine place of something that could be of some value to a teenager. What is the point of giving more pain to the world? What is the moral responsibility of an artist?”

For all the pep and zeal of the music, the need to incite light into a nihilistic world is again reflected in the project’s visuals, which draw inspiration from sci-fi and Japanese anime such as Blade Runner, Neon Genesis and Akira with their lush and colourful interpretation of dystopia. “I read this article about how Japanese anime processes the cultural trauma of Hiroshima and the atom bomb. I was thinking about how today, in an age where a climate crisis is building up and you can start to really see it in the world and it’s just getting worse with the political state of the world, it’s not too farfetched to be looking at these shows and movies processing these traumas as some kind of reflection of today.”

The emotional burden of despair can become overwhelming. “I thought to myself, if I’m really gonna live a moral life, I need to move back to Iceland and live in the north fjords by myself with three sheep. If I truly want to be good, that sounds like my only option!” laughs Orrason as he concludes his contemplation. “I’m just a tiny little piece in the world and whatever reach or impact I can have can only be through what I’m doing now.

“So, my hope is that, on whatever minuscule level, I can at least bring some kind of comfort or refuge for someone, if not just myself. For me, that’s success if that’s attainable.” 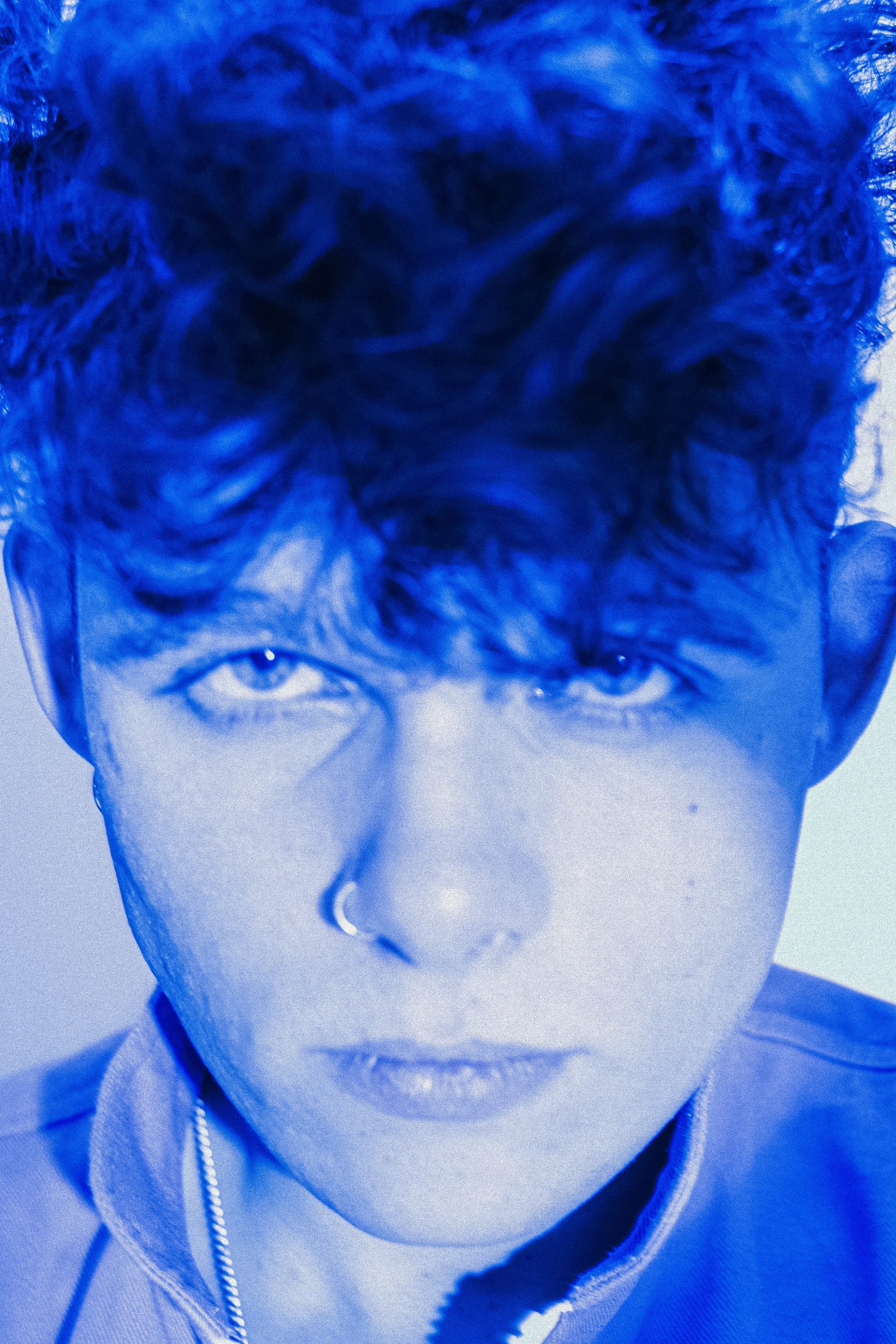 For some reason, it’s become fashionable in pop to play down your ambitions and to avoid becoming a role model for your fans. Much easier to play it coy and defer the responsibility. Well, thankfully 19-year-old Swede LOVA, aka your favourite new popstar, isn’t like everyone else.

LOVA, aka Lova Alvilde, was born into a household full of the sort of music you don’t immediately think of when you think of Sweden. ABBA and big shiny pop was eschewed in favour of opera (her dad was an opera singer), early disco and the likes of the Beatles and the Rolling Stones. Pop crept into her listening habits later, with inspirations coming from the likes of Swedish pop royalty Robyn (“I think that was the first concert I went to”) and the UK’s very own Natasha Bedingfield (“These Words is still a reference for me in the studio now”). From the age of three she’d accompany her dad at the piano, then, aged seven, she started writing her own songs in Swedish.

“I want to take over the world,” she beams. “I want to be the biggest I can be.” She’s off to a cracking start, with the deliciously odd You Me and The Silence’ – a song that mixes the organic, warm production of her 60s music idols with very modern, idiosyncratic songwriting – the perfect introduction to the sort of young, outspoken female artist 2018 needs and deserves. “I definitely want to be a role model for younger girls because I know how hard it can be,” she says. “Role models should make mistakes and own up to them and grow from them. You’re human.” This acknowledgement of her flaws is laid bare on the ludicrously catchy single Insecurities, which features a playful chorus of “meet my insecurities, let’s count ’em one, two, three” over scratchy guitars, bright handclaps and zipping electronics. “I don’t want to make my songs about another person; my songs are about self love,” she says. “You are the most important person in your life.”

Unafraid to sing about important issues, but with a lightness of touch that never comes across as preachy, LOVA’s rapidly carving out a niche for herself as Sweden’s best pop export. Inspired by the musical greats from the 60s and 70s, as well as the melodic magicians of the present day, her brand of emotional pop music feels classic. It’s not about chasing trends, or chucking in today’s go-to sonic signifier for the sake of it, this is minimalistic, organic pop that feels truly universal. At the heart of it all is a proper star. “More wants more so I’m never satisfied,” she states. Keep your eye on this one. 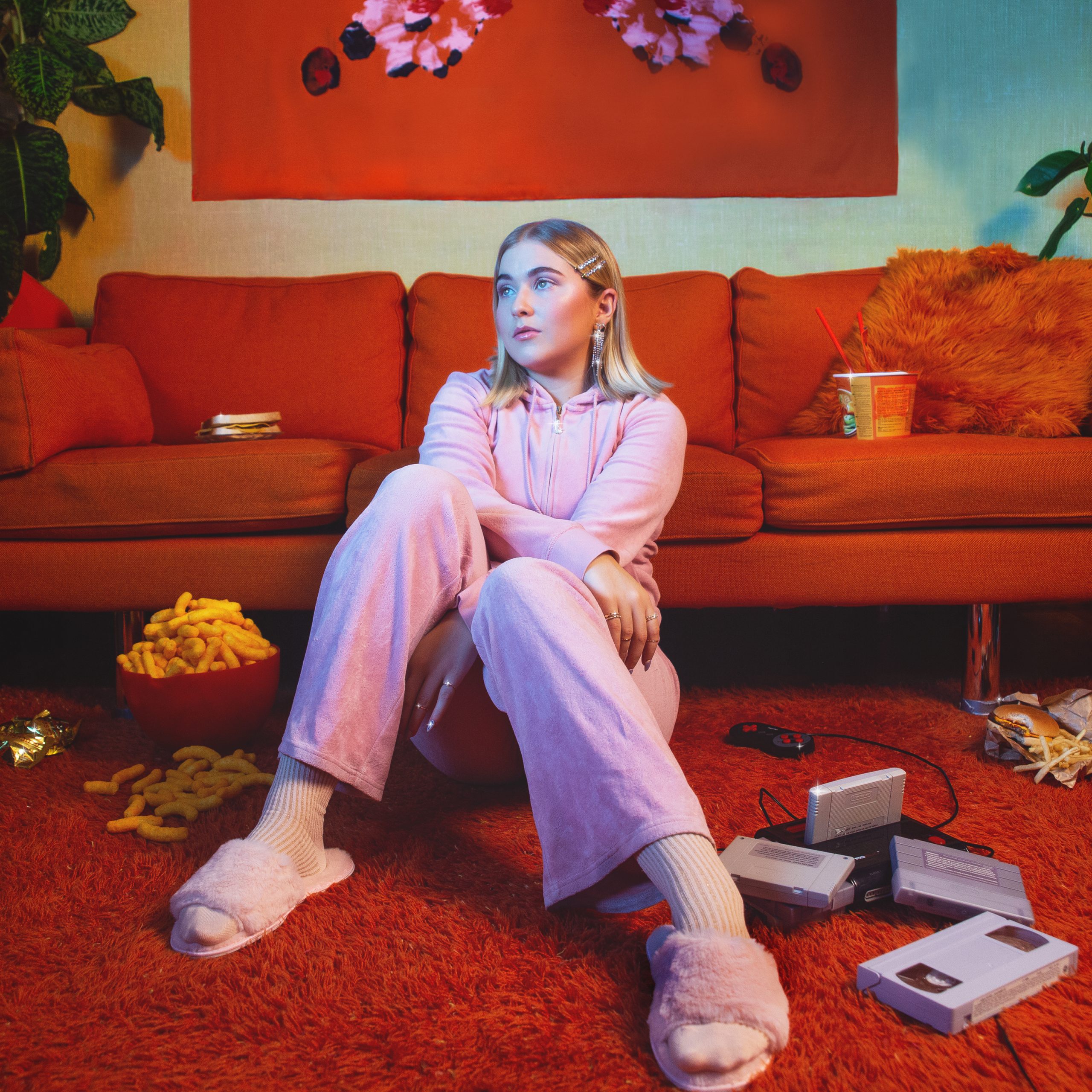 The Hearing is the solo alias of Helsinki-based musician Ringa Manner. Since its creation in 2012, The Hearing has released two albums: Dorian (Gaea Records, 2013) and Adrian (Solina Records, 2016), as well as played more than 260 live shows in 16 different countries.

On her third album Demian, The Hearing takes a turn towards a more polished sound. Taking elements from modern Scandinavian pop, techno and the Helsinki club scene, while letting distorted tidal waves of howling synthesizers and choir harmonies battle it out amongst themselves, she creates a musical combination that is not easily labeled as any one genre. What started out in 2012 as mere looper pedal experimenting has evolved into a world of its own.

The artist has this to say:

‘Demian’ is the next evolution stage of a being, and the missing piece of an album trilogy. It’s the start of something new, and an end to something meaningful from before. It’s having your broken heart heal just in time for someone to break it all over. It’s crying for people living in nightmares, and for the deafening beauty of one’s own cosmic uselessness. It’s shielding your mind with a pillow fortress, but inviting everyone else in too. 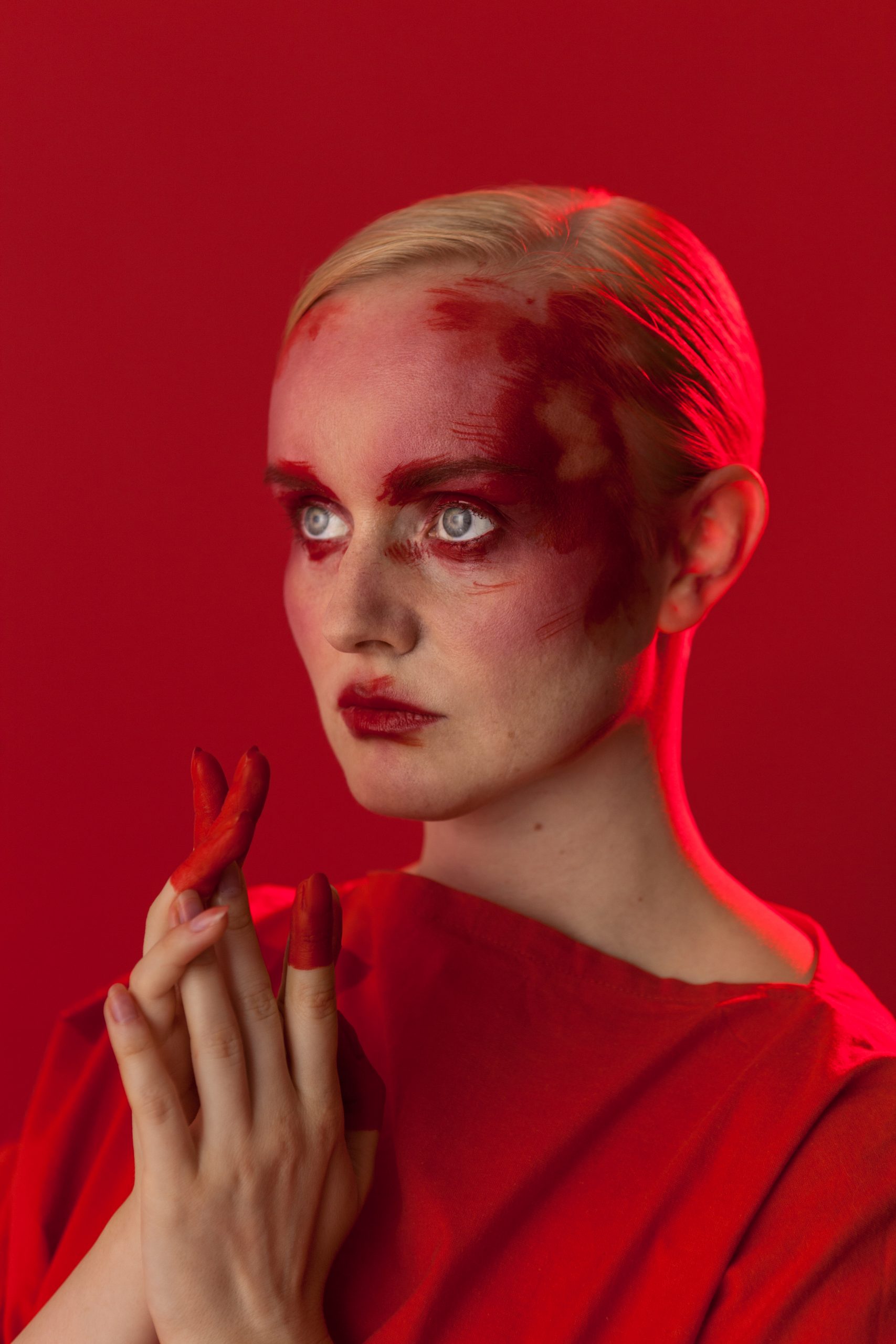 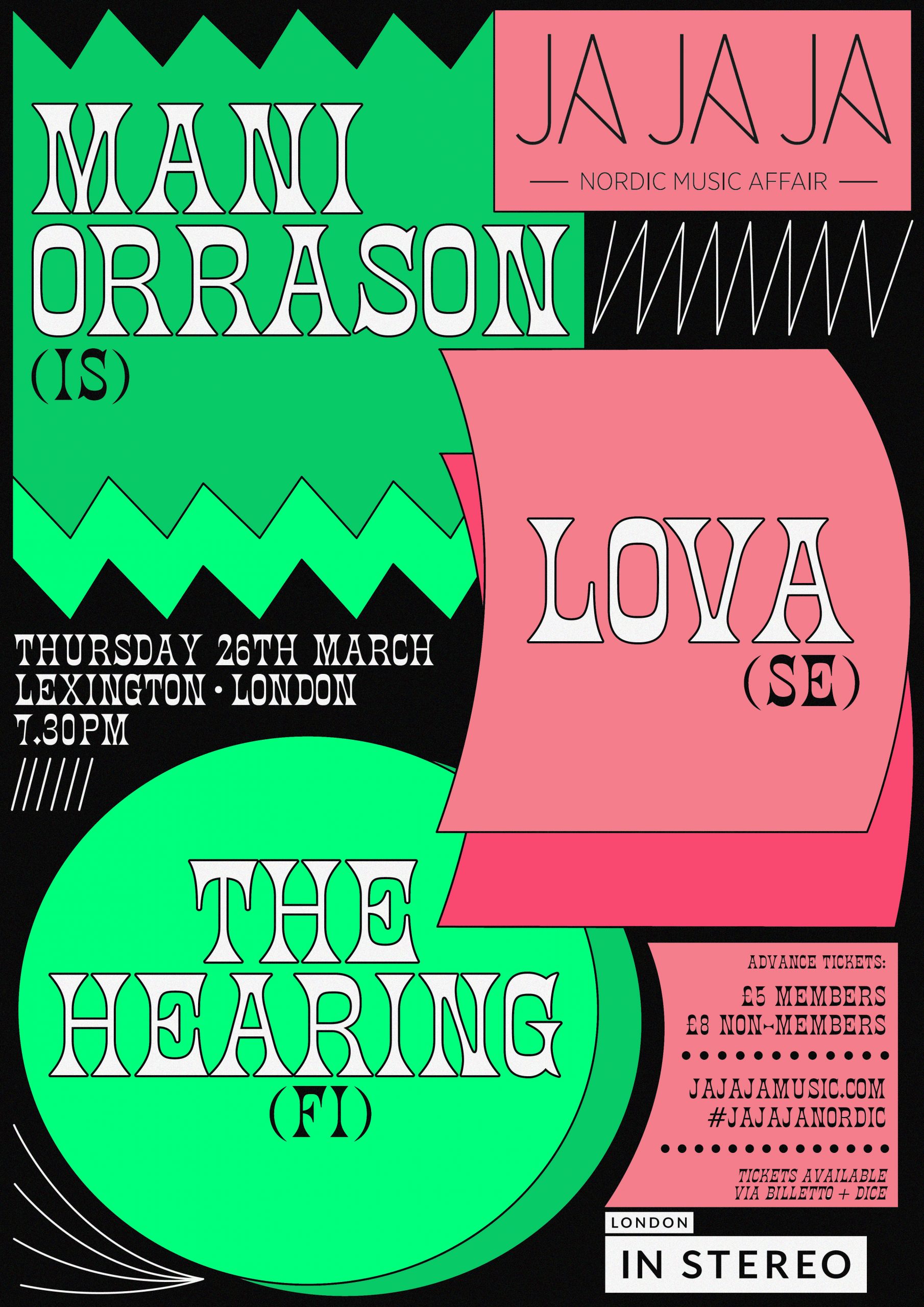