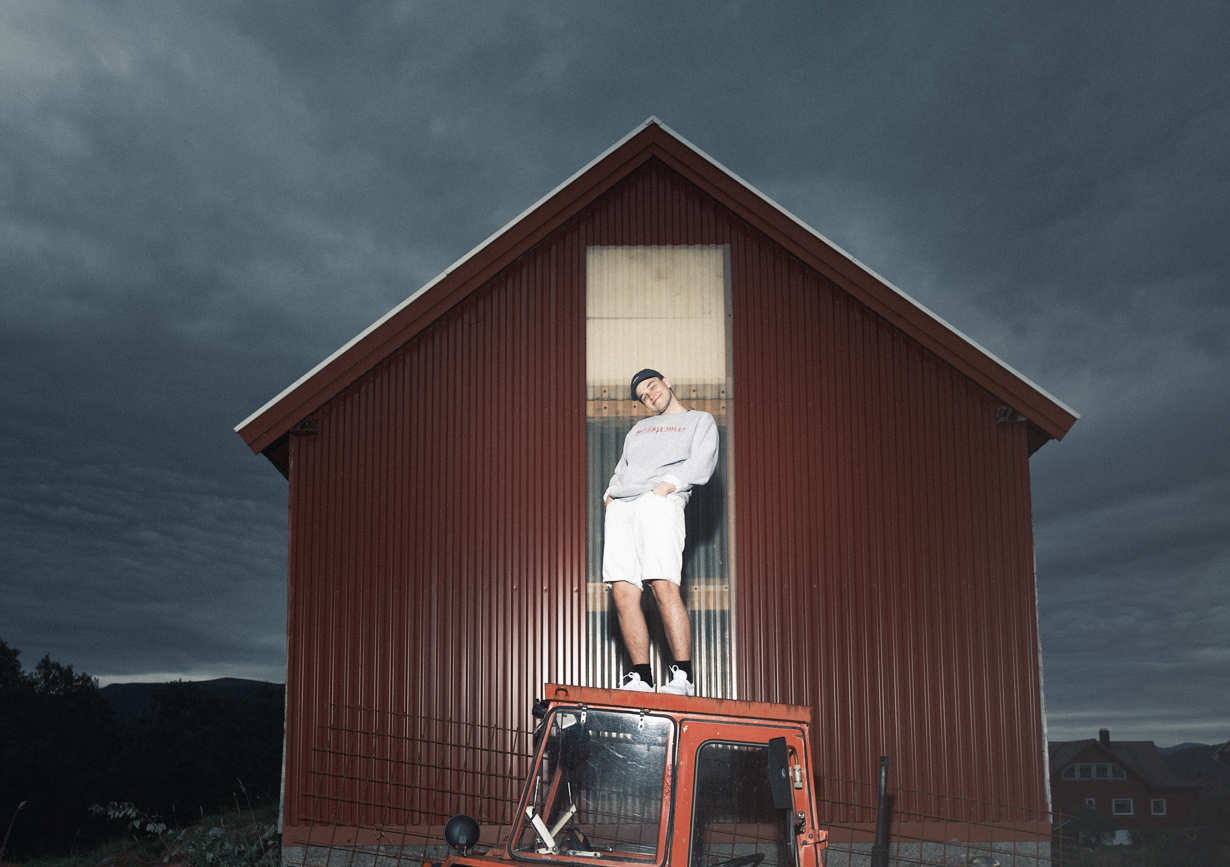 We’re delighted to present Ola Village as today’s Ja Ja Ja Takeover host, an artist hailing from the Norwegian countryside and whose debut single ‘A OK’ is set to add speckles of sunlight to the darkening autumn days.

Read on to find out all about this brand new project, as Ola Village takes part in a Ja Ja Ja Spotlight Interview – and of course, a Takeover wouldn’t be complete without our host hijacking our Instagram too! So make your way to @jajajanordic throughout the day as we tag along to get to know Ola Village better.

Hello Ola VIllage, thanks so much for joining us! We’d love to get to know you better – can you tell us a bit about yourself?

Hello! So nice of you to let me join! I am just Ola Village really. A regular guy from a not so regular sized town (it’s really small) about an hour drive from a city called Ålesund. And we have the most amazing nature you can ever imagine. My little town is the start of something called “Sunnmørsalpane” which is a mountain area a bit like the alps. If you happen to know the DJ Skatebård, we are from about the same place.

But now I live in the capital, Oslo, where I try to be an artist that makes the best out of this weird situation that we’re in. So, naturally, I thought it would be a smart thing to launch myself as an artist now. I bet everyone agrees with me on that 🙂

I think coming from such a small town has put some colour on the music I make. Especially in terms of the mood. I think, or at least I hope, that it is somewhat down to earth with a relaxed vibe. I also take a lot of inspiration from things happening around me in society. The environmental cause is something I tend to come back to. Then there are a ton of artists and bands that I get inspired by. I just try to listen to as much as I can, and then I store it in the back of my mind. And when I bring it up again it is a lovely mix of all kinds of stuff.

The first record ever that I fell in love with was a CD with music from a show called “Kaptein Sabeltann”, which means Captain Sabretooth. I was maybe 4 when I got all obsessed with it. I still think it’s awesome. But then after that I’m not that sure actually. I think it might be either Channel Orange by Frank Ocean or For Emma, Forever Ago by Bon Iver.

What would you say is the best live performance you’ve ever experienced?

Oooh, this is a hard one! There’s so many shows to pick from! The first ever I went to was a Muse show with my sister. That was a different kind of experience just because it was the first. But I also have to mention Radiohead’s Oslo show in 2017. And Bon Iver’s show in Oslo later that year. They both were amazing.

Your debut single ‘A OK’ has just landed – big congrats on your first release! Can you tell us the story behind the song?

THANK YOU SO MUCH! It’s so nice to show it to the world. It was one of those songs that came together quite nicely. I sat in my bed with my guitar and it sort of made itself. There wasn’t any history behind it, but it was more of a feeling right there and then. I think actually the first thing that came was the instrumental melody on the chorus. That was an important part from the start and the rest evolved around it.

And how was the recording process – was this an easy track to get on record, or did you have to chase the final sound a bit?!

As mentioned the writing was not that hard. And the recording process was a bit the same. It just took longer. We started recording it with my band at my favourite studio not so far from home, Ocean Sound Recordings, which is the best place ever! After that I took it into my bedroom studio and worked on it for a few months more. One of the last things that got recorded was the silly voice on the intro – which was a recording no one knew I did of me and my friends while we were enjoying ourselves at a bar. It turned out really nice and it wrapped up the song.

And what would you say is the best situation to listen to this song in?

The best situation would be in a bed, tucked in sheets with some good headphones while daydreaming. In the same surroundings as it was made initially

Have you been managing to keep busy lately?

I most certainly have! No traveling of course. But I have tried to make as much music as possible. A couple of shows that were allowed. Working on other projects and stuff that I normally would not have the time to do. And I’ve been doing some exploring in nature outside of the capital. And, last but not least, I have been planning the future of Ola VIllage with my awesome team.

I so badly want to play shows again!! So my biggest wish for 2021 is to get to play for people again. Would be so nice to go to London to play for instance. I played in a church there about a year ago. I’d like to do that again in 2021.

And finally, our favourite question – do you have any good new music tips to share with us?!

Oh yes, I have! Iris, from Bergen, just released a beautiful song called ‘lavender & heaven‘. I enjoy Zack Villere a lot. He is not from Norway, but he also released yesterday so he deserves the mention. And other Norwegian artists you should check out: SKAAR, Doglover95 and the last collab between Lokoy and Safario “both eyes“.