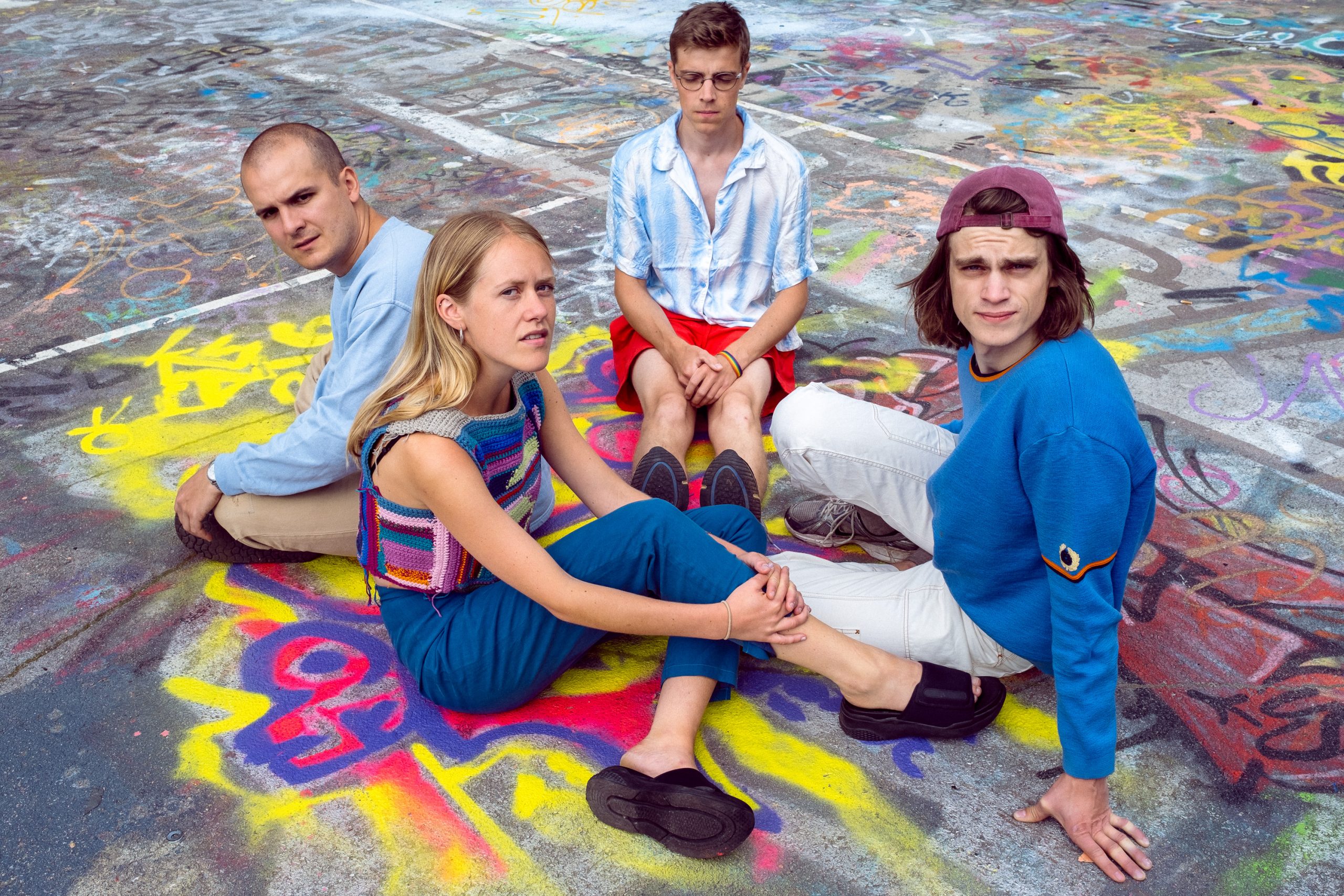 As most of you will know, we’re big fans of Norway’s Pom Poko here at Ja Ja Ja. So much so, that we’ve had them perform at our live shows in both Berlin and Vienna!

In the time since we last saw them IRL, Pom Poko released a dazzling debut album entitled Birthday – and they’ve now shared news of another album set to be released later this year, called Cheater. To give us a hint of what to expect from the new record, the Norwegian four-piece have shared an intoxicating single called ‘Andrew’ – and are joining us to host today’s Ja Ja Ja Takeover!

Stay right here to read all about the band’s new music and future plans, and join us over on Instagram as we hand Pom Poko the keys to our account for the day!

Hello Pom Poko! For those that might’ve missed you when you played at Ja Ja Ja Berlin, could you kindly introduce yourselves?

We are a band from Norway who play sometimes catchy, sometimes artsy and sometimes noisy music.

What was the first album you each remember being blown away by?

Definitely the Live in Hyde Park double album by the Red Hot Chili Peppers. Also Überjam by John Scofield. And the soundtrack to the Lion King.

Maybe the Norwegian math noise (?) duo MoHa’s show some years ago. Mind melting music and a seizure-inducing light show, and the whole show lasted maybe 20 minutes, but everyone’s brains were already properly blown out. Also Martin saw the American jazz guitarist Mike Stern in Spain when he was maybe 13, that was insane.

You’ve just unleashed a brand new single ‘Andrew’ – can you tell us about the story behind the track, and how you put it all together?

And you’ve also announced news of a brand new album (hooray!) called Cheater! What hints can you share with us as to what to expect?!

It’s probably not extremely different from Birthday (but what do we know), but it might be both a bit rougher around the edges AND a bit sweeter. But it’s still very Pom Poko!

What have been some of your hopes and ambitions while putting this record together?

We just wanted to keep on making good music and try not to repeat ourselves too much.

This is your second full album release – so what advice did you give yourselves from your previous album-making experience, to help you reach the finish line?

Maybe to do less overdubs and put lots of stuff on the tracks that would just be cut in the mix anyway… Don’t know if we succeded.

What would you say is your favourite part of the music making process – are you all about the studio, or is it the live performances that get you excited?

I guess the Iive performances are where we get the biggest kick, but we also love making the music and seeing it become something real in the studio.

We’re gonna release an album, so we hope that’ll turn out OK! Apart from that there won’t be many shows or tours, so we just hope to stay healthy, eat good food and have a nice Christmas.

Our recording/mixing engineer Marcus Forsgren plays in an amazing band called Jaga Jazzist, and they have a new album out, Pyramid, that you should listen to. Also Arca’s new album KiCk i is awesome, everyone should check that out. Deerhoof’s new album Future Teenage Cave Artists is worth checking out if you like Pom Poko (we love Deerhoof). The Norwegian folk band Morgonrode is something everyone should check out, their last album Du Milde Verden is beautiful and also Norwegian indie band Din Moris is great.