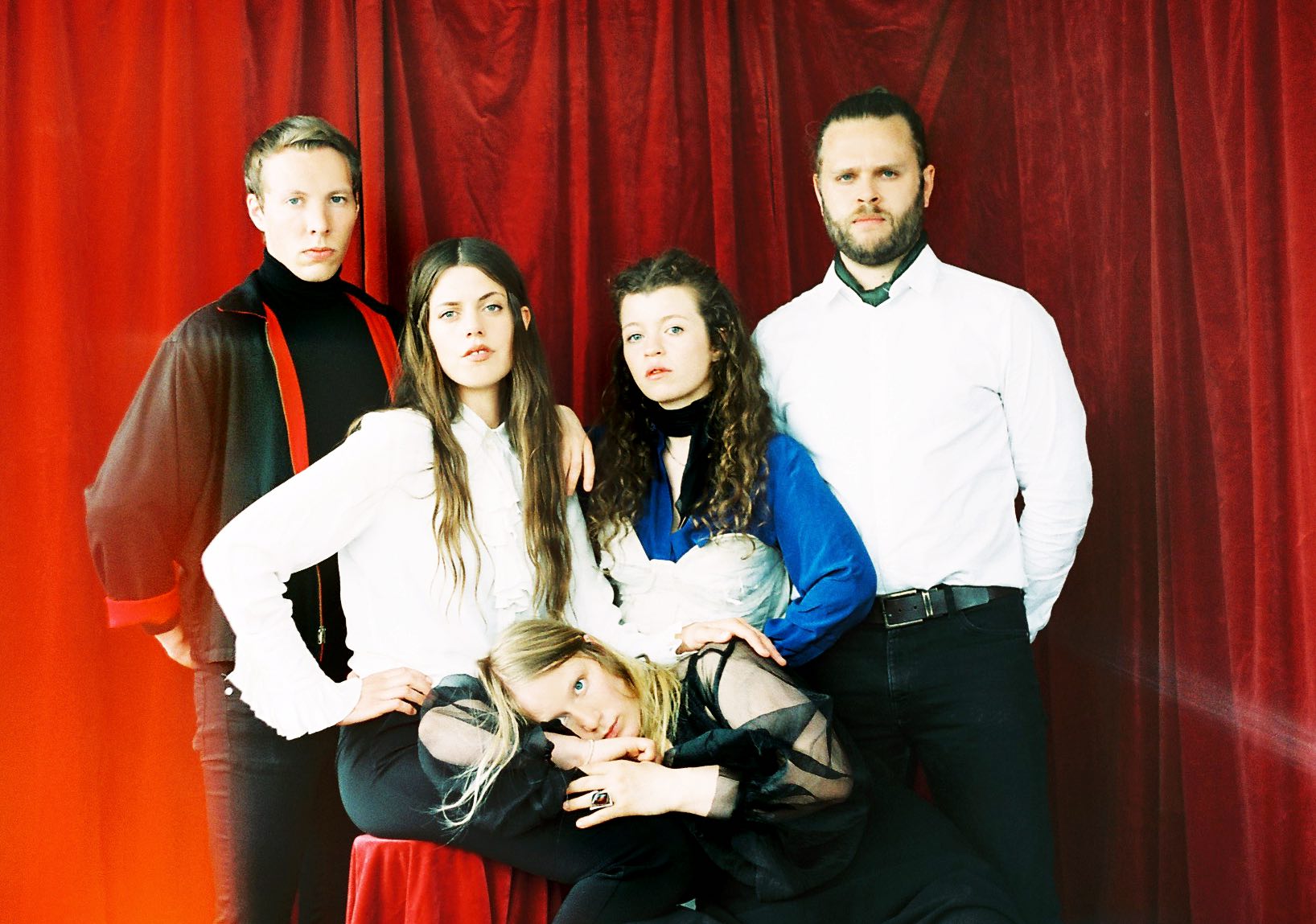 With a duo of new singles out now and a brand new album on the way, we've invited Icelanders MAMMÚT to host today's Ja Ja Ja Takeover!

We first met Reykjavík’s MAMMÚT all the way back in 2013, when the outfit joined us to perform at Ja Ja Ja’s inaugural festival at the Roundhouse in London. 7 years and 2 further albums on (making their album release tally 4 in total) , and we’re delighted to have MAMMÚT join us for their very own edition of the Ja Ja Ja Takeover!

Read on as the band share news around the making of their forthcoming album Ride The Fire – available for pre-order now – and don’t forget to tune in to our Instagram today as MAMMÚT show us around a day in their life: @jajajanordic!

Hello – so nice to have you join us! It’s been quite a while since we last saw you at the Ja Ja Ja Festival in 2013 (!) so for those that haven’t met you yet, can you please introduce yourselves?

We’re MAMMÚT from Iceland. An art collective that makes musical and visual goods.

First things first, a bit of background: what have been some of your greatest communal inspirations when making music throughout your career so far?

The music scene in Iceland has in the last years been very accessible for local youngsters in terms of concerts, gear and collaborations, so as teenagers we were inspired by other bands and musicians in Reykjavík. So the Reykjavík music scene mixed with an intense longing to leave the island and see the world was a big inspiration for all of us.

What was the first album you each remember being blown away by?

We are a collective of very different individuals but we’ve agreed on Nirvana being a common denominator as a band that blew all of our minds in our musical upbringings. Nice and sleazy.

One of the best must’ve been PJ Harvey at Iceland Airwaves – cause she’s a legend.

Hiding behind the stage curtains in Eldborg to watch Patti Smith was also epic.

Or just all of the concerts at the old bar 11 – when we were underage with fake IDs.

When Kata broke her rib in a circle pit at a Slugs concert.

When playing at a sleazy 100 cap dive bar was pretty much the ultimate dream.

Congrats on the release of your latest tracks ‘Sun and Me’ and Fire – can you tell us a bit about where these 2 songs came from?

‘Sun and Me’ was the first one we wrote for the album, to us it’s a bridge from our last album, Kinder Version, to the next one, Ride the Fire. It’s an ode to the light and to the beginning of a new journey. Fire is more intimate and darker, it came to us later in the process when the creative rowing became heavier. In those times you can find gold if you keep sailing, and the reason we keep making albums is to find what comes our way when we’ve overcome the heavy chapters.

And the new singles are hints of the upcoming album Ride The Fire which is due out later this year – so what were some of the big themes when making the record? And what was your ambition when making this album?

The album was recorded mostly in London, some of us were living there and others were flying back and forth. We had the freedom of recording it in our own time and spent a lot of time writing and experimenting in the studio itself. We also recorded some of it in Reykjavík and had some time in between to let the work marinate in our minds and then visit it again with a different approach. It’s very important for us to get to know the songs, sounds and feelings while they come to us and trust the process of the work.

With Ride the Fire we went all in with trusting the work and the journey, we had no discussions about the sound of moods before making it, we just decided to experiment as much with open minds. The fact that we partially wrote it in separate countries made it even more important to trust new ideas and try out everything that came up, in all possible versions, and not throwing it away. The album was a big and important step for us as a collective in terms of songwriting.

As this is your fifth album, can you give us a few quick tips about how you’ve learned to best cope / get the most out of the album making process?!

Patience is key, as well as knowing when to tell your ego to fuck off.

Creative group work of this intensity is so fragile, especially when all members write the music. It’s important to remind yourself to love all of the process because it’s so much bigger than the actual product, it’s such a luxury to have the opportunity to make music with people you love.

It’s harvesting season and we have the crop, but can’t play live just yet. But we’ve realised through the releases of our first singles of Ride the Fire how good it feels to be able to give our fans new music at these weird times.

Even if we can’t play to them directly we can feel all the love and warmth, so we can’t wait to bring Ride the Fire into the world in October. We’ll meet again when the world opens up.

And finally – do you have any good music making tricks to share with us?

As all our teenage exes were in death metal bands, we learned that the best trick for good growling is to drink 1 litre of the Icelandic orange soda Appelsín before you go on stage, but make sure you shake it well before you do, to get the gas out. We won’t tell any more of our real and deep tricks though, true magicians don’t tell.