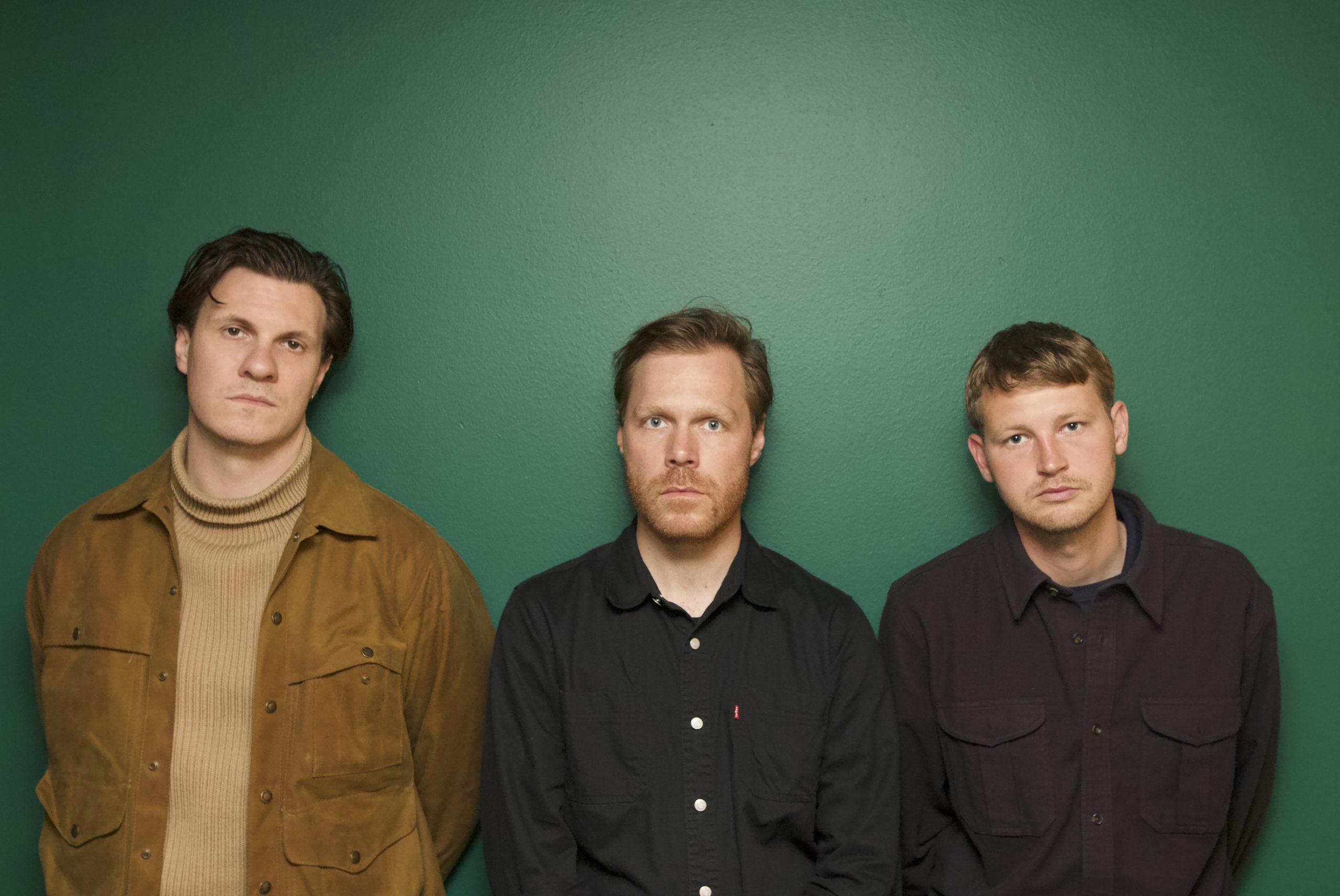 Direct from the studio, Boundaries become the latest artist to join the Ja Ja Ja Takeover!

One band that’s been using their lockdown time extremely productively is Boundaries – a powerful post punk proposition from Copenhagen, who are on the cusp of wrapping up their anticipated debut album, having spent the last few years cutting their teeth in the Danish and international live scenes.

We catch up with the band as they’re getting to grips with the record’s finishing touches to find out what inspires them, how they make their music, and how they’ve been spending their days during lockdown. Read on to find out more, and join us on Instagram as Boundaries take over our account for the day!

Thanks so much for joining us! For those that haven’t met you yet, can you please introduce yourselves? Who you are, where you’re from and what you do?

Hi Hi Hi Ja Ja Ja. We are Boundaries and we are a rock band resided in Copenhagen, Denmark. We prefer not to limit ourselves by any specific genre, but we mainly draw inspiration from shoegaze, Post punk and artrock, to create something in between those aesthetics. We have been playing for a couple years now, and soon we will release our debut album, which we are really looking forward to. We are currently writing the last parts for the record, and we’re really excited about sharing with people.

It varies a lot from member to member. Morten and Jacob has always been huge fans of 90’s indie rock acts like Dinosaur jr, Fugazi, Sonic Youth, Silver Jews and Pavement but also newer bands like Deerhunter and Godspeed You! Black Emporer. Emil has huge affection for 80’s post punk and more contemporary garage acts such as Jay Reatard and Oh Sees. For Mads it might be Swans, Women and My Bloody Valentine.

Morten: The Best of compilation album by Nirvana from 2002 made a huge impression on me, and was a huge influence, because I started listening to that record, right about when I started to learn to play the guitar. I still really like Nirvana, and I think their version of The Vaselines Jesus Doesn’t Want Me for a Sunbeam is one of the best covers ever made.

Mads: I think i would be too embarrassed to mention the early ones, but the White Stripes album Elephant, made a huge impact on making want to learn to play guitar.

Morten: My Bloody Valentine in 2008 at Roskilde festival was amazing and extremely loud! I was really young and they just blew my ears and head off! I don’t think I have been to a show that loud ever since. Of recent dates I can mention This Is Not This Heat, who played last year in Copenhagen. It was an extraordinary perfect show, and i’m really glad I got to experience them before they called it quits.

Mads: There are simply too many to choose from, but Crack Cloud at Roskilde last year was really good. They somehow managed to play as mixture of all my favourite bands for 45 minutes straight.

We’re catching up with you as you’re working away in the studio – can you tell us what you’ve been working on, and when we might expect some new tunes?

We are currently in process of making our debut album, which we have been working on since last summer. At the given moment we are in a summer cabin where we are finishing the songwriting and then we will record the album during the summer. So far the process has been fairly smooth and we are really excited about what we have created. It’s going to be darker, heavier and way more progressive than anything we have done before with this project.

We have been experimenting with a lot of new strange instruments, and I think people will be surprised when they listen to the record. We hope that it will scare off some listeners, but hopefully create stronger bonds with other listeners. We are releasing singles during the autumn and hopefully the record will we out by January 2021

How does the songwriting process generally work for Boundaries? And do you enjoy your studio time, or are you more about the live experience?

We don’t really have a fixed songwriting process, but it usually starts out with a demo on acoustic guitar and then we bring it into the studio and work with that as starting point. It usually ends up being very different, but when you can sense the basics of the song from the beginning its much easier to add textures and experiment with, rather than the other way around.

We enjoy both the live and the recording aspect of making music. It’s two different things. Making something good in the studio can feel as gratifying as playing a good live show.

What are some of the ideas you’ve been exploring in your new music? What were your ambitions when writing it?

We have mainly been focusing on reaching an aesthetic, which has maybe been the end goal all the time this band have existed. We have always been happy with the music that we have written, but things sort of started happening for us way before we even figured out which kind of music we wanted to create.

We are slowly getting there now and it has been a transition towards creating something which is more personal, expressive and making a bigger impact. We believe that the new record is putting us in place which is more of our own, than our previously released material.

As mentioned prior it will be recording the album, and hopefully we will be allowed to play Reeperbahn Festival and the postponed Tallinn Music Week in the autumn. Maybe we will play a show or two in Denmark to try out the new material live, but we have our focus set on working on the album

Morten: Trying to catch up on small projects at home, like fixing a shelf in my apartment. But also reading a lot of books I haven’t had the time to before (Henry Miller’s The Roxy Crucifixion trilogy, Thomas Bernhard’s Extinction), listening to music (Ryuichi Sakamoto’s movie soundtracks) and audiobooks (Karl Ove Knausgårds My Struggle 1-6), while taking long walks with my mom’s colleague’s 1 year old labrador. I think the last volume of My Struggle takes about 45 hours. Also i’ve been watching a lot of dogs and cat videos on the internet. Love it!

Mads: Writing songs for the album, trying to stay in shape and hanging out with my sister in law’s dog, whom I am really fond of. Although Corona is very tragic for a lot of people it has been somewhat a blessing in disguise for us, since we have been granted with the opportunity to really get into the depths of this album. Regularly we are all on quite busy schedules, so it’s been extremely gratifying to really work on this record.

Morten: I recently finished writing my masters, so the past 8 months I’ve mainly been listening to instrumental and ambient music. I especially like Japanese Ambient music, like Hiroshi Yoshimura, but can also mention artists like Eric Satie and Bohren & Der Club of Gore and The Necks – especially the track Further.

I’ve been a big fan of Swans and Deerhunter for many years, and every 3-4 months I return to their records. You can always find something new in the music, and they are in my opinion the best bands in the world right now. I also really like the Irish band Fontaines DC.

Mads: I have been listening a lot to Thulebasen lately, A friend introduced me to The Chameleons last week which was a bit of an eye opener. This Heat, Deerhoof, and The Necks is also something I’ve been listening to a lot lately, together with Oranssi Pazuzu that Jacob introduced me to. Heavy stuff. Danish Bands… There is a fairly unknown Danish band called Glume who just a released their debut EP, which sounds really promising. Like a ballsy shoegazey version of beach house.

Jacob: Spirit of the beehive, baptists and Oranssi Pazuzu.