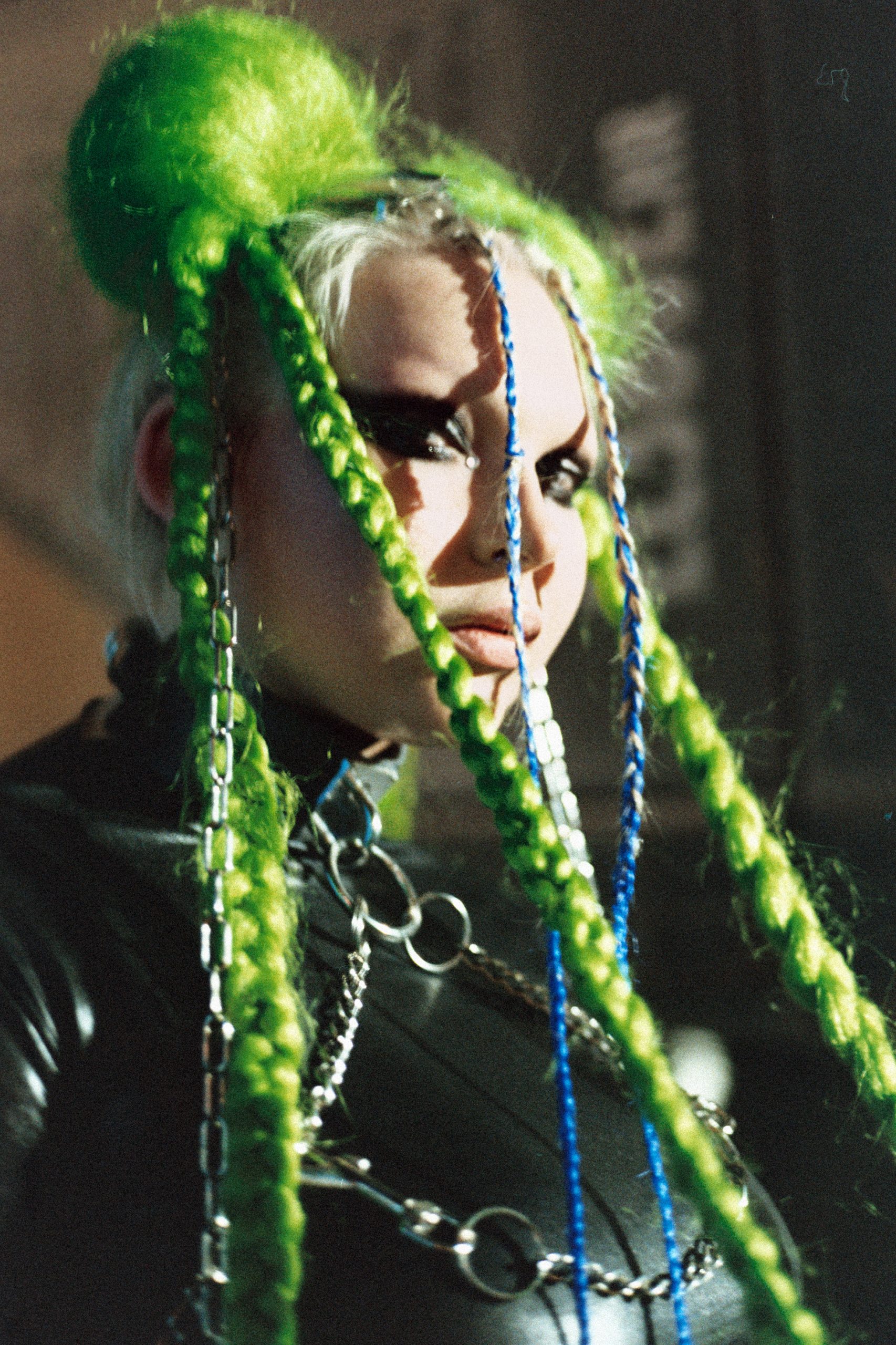 Join Ja Ja Ja as we get to know Sweden's COBRAH better on the back of her latest single, 'DEBUT'!

Although our beloved Ja Ja Ja live shows are on hold for the moment, that doesn’t mean that we can’t continue introducing you to the best new Nordic music!

Join us in the coming weeks as we introduce you to some of our favourite burgeoning artists in our Ja Ja Ja Takeover Series, kicking off with Stockholm’s inimitable and unmissable COBRAH who joined us for a Spotlight Interview to tell us more about latest single ‘DEBUT’.

One of the most striking and igniting performers in Stockholm, we’re thrilled to get to know COBRAH better – so read on to find out more, and to tune in to some of her videos and singles!

For those that haven’t met you yet, can you please introduce yourself? Who you are, where you’re from and what you do?

Hiii! I’m COBRAH and i’m just your typical electro pop latex enthusiast girl next door (if you have one) and if not, I can explain. I’m from Sweden and am currently trying to make sense of life in Stockholm, I do most things you could imagine – make music with friends, craft harnesses and performance wear, dance, email and I am the worst at mindfulness.

It’s always something in the moment, you make something (like a synth hook) and it reminds you of something else you’ve heard and it just builds. I like to look at videos when I listen to my music in the process, because it puts the music into a world instead of it just being trapped in the studio.

Tell us about your latest single, ‘DEBUT’ – what’s the story behind it, and was it an easy song to get on record in the studio?

We made it on a day when I was really fucked up tired, I had lost my voice and could barely speak, me and Hannes Roovers laid down the baseline and put Snoop Dogg’s ‘Drop It Like It’s Hot’ vocals over it. Then we reworked it with Gusten Dahlqvist and I laid down the vocals. During that time I had so many new things happening in life so I wanted to capture the feeling of being taken on a new journey.

What has been the most memorable thing that’s happened to you, as a result of your music career so far?

Performing with Charli XCX was pretty fucking crazy, being nominated for a grammy as a director for my first music video was insane, but all of the live show’s especially doing a full venue abroad is the absolute best thing i’ve ever done.

Sweaty!! It’s like a leather dance intense workout routine. I try to sing as much as possible but sometimes I forget and just dance, haha. It’s easy to get carried away. I want it to be a party where everyone’s a part of it.

It felt like nobody got what I was doing in Sweden. And no label showed interest in me, so I just decided to do it all and figure it out as I go. For the future, I don’t know yet – I don’t think anyone knows the future yet. We will all see together and that’s pretty cool.

More music releases and album start up process, I really wanna perform but we’ll see when that will be.

How have you been keeping yourself busy during these recent, quieter times?

Hmm, I’m so bad with new music but I think what Charli XCX is doing is really cool things with the Quarantine album, ‘Forever’ is really good and hooky!

COBRAH took over our Instagram and offered up a masterclass in making chokers – learn for yourself on our Facebook page!