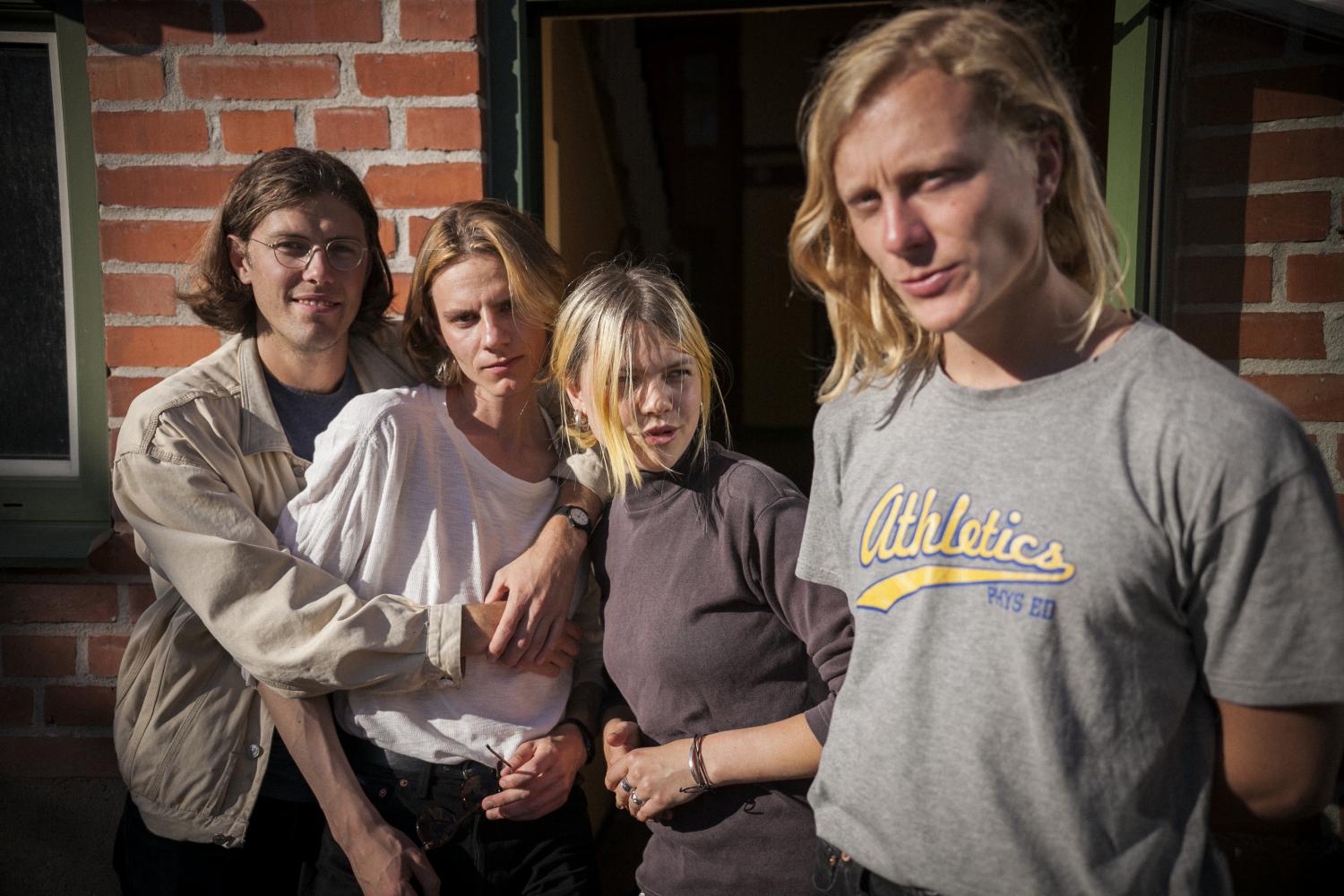 Malmö’s Hater are making a career from scraping heartstrings. The band have a flair for songs with a strange, sad kind of beauty, a quality donated by the cracked-crystal fragility of Caroline Landahl’s vocal. Their debut album You Tried (which is just a really good album title, by the way) arrived in March, and now they’re back with new music in the form of the Red Blinders EP. A first single from that, ‘Blushing‘, dropped a few weeks ago, and now another is here, ‘Rest’.

‘Rest’ shows a kind of low-key side of Hater, as it bypasses the bleeding melancholy that a lot of their work has. Instead, it’s a (relatively) peppy song, a bouncy rhythm, choppy guitars and a snapping chorus all wrapped into a just-over-three-minutes classic piece of indie pop. Check it out below, and Red Blinders is out now through Fire Records.