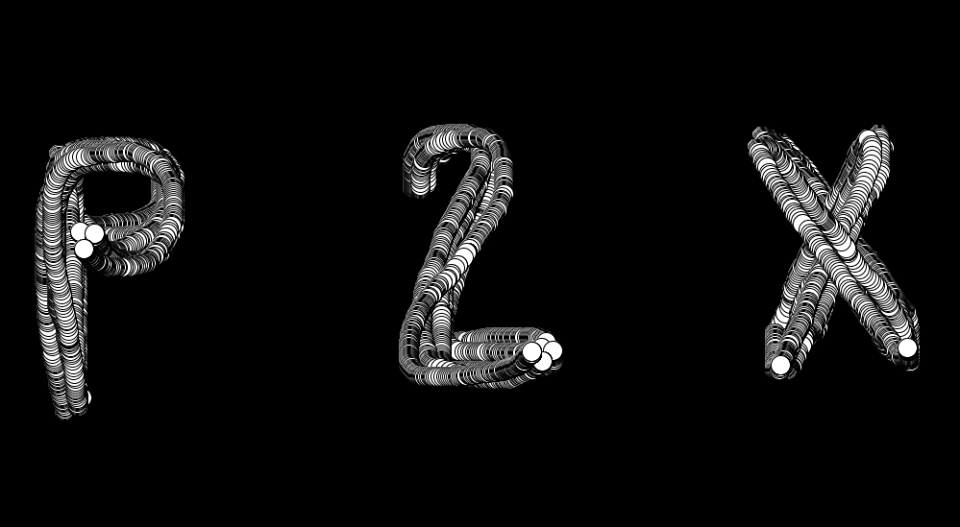 If you’ve come here looking for answers on who P2X (which stands for Portal 2 XTACY) are, then we can’t really help you. The ten-strong, broadly Icelandic collective are anonymous and identify only as “a pan-Scandinavian-European-UK art collective consisting of 10 non-facial members named 2, 3, 4, 5, 6, 7, 8, 9, 10 and 11. No one is number 1. The group defines itself as “a post-Brexit, feminist art collective that wants to share the passion of creativity free of the constructs of race, gender and patriarchy”. So there you go. What we can say about them is that they make really, really excellent music, having released four singles of rippling, chilly experimental electronica to date.

The latest of those singles, ‘Morgun’, shares stylistic DNA with their other work while also establishing its own space. It’s got an extra dose of adrenaline compared to those earlier singles, making it faster and sharper, a chopped blur of vocal samples added to icy atmospherics and a rapid, relentless beat.  That fluid vagueness they’ve established around their membership extents to their music too: ‘Morgun’ sits at the interzone between several genres, and sounds like a futuristic incarnation of all of them fused together. It’s music you can’t afford not to miss, so get listening below.