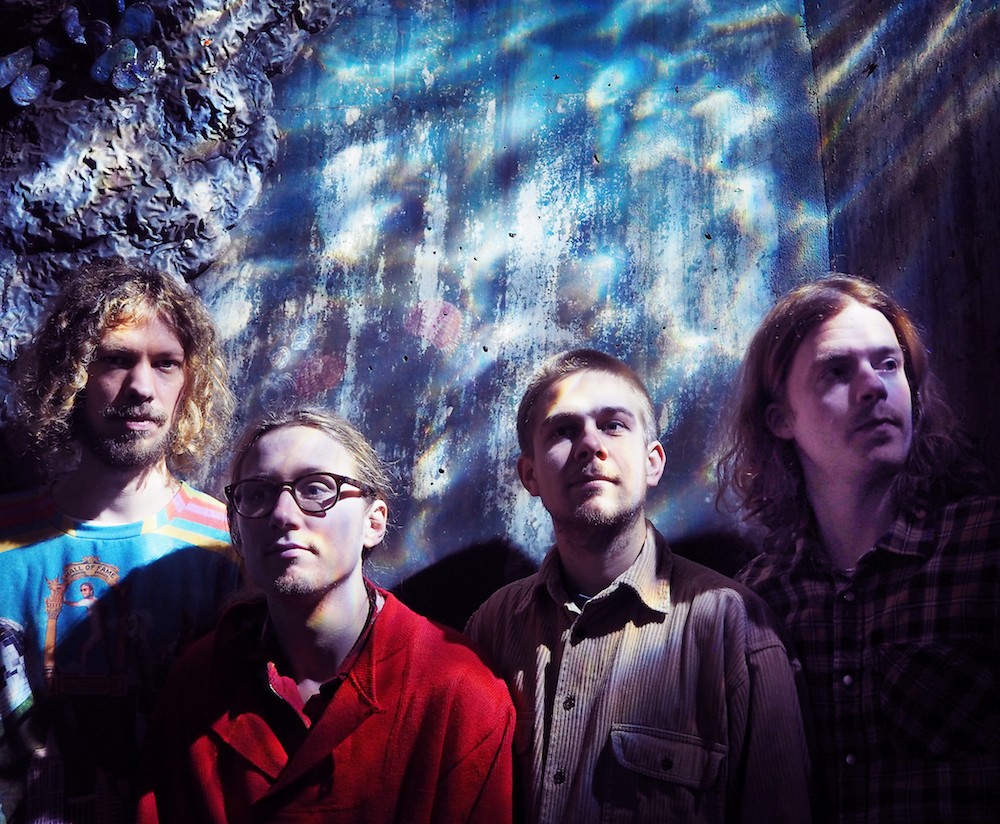 With their new album about to land, Sweden's Holy Family unleash the dance-indie of their record-teasing track, 'Erratic'...

The story of Swedish band Holy Family‘s ‘Erratic’ reads like an urban legend designed to warn bands away from playing games with musical idols. The band told Popmani that ‘Erratic’ was “the result of a thought experiment. Anton (Ekman, guitarist) asked himself how it would sound if someone with only a vague idea of Prince (like himself) was given the task of writing a song in Prince’s spirit. Eerily, Prince died on the same night that ‘Erratic’ was recorded“.

Regardless of what kind of universe-altering psychic phantoms it may have awakened, ‘Erratic’ is a very good song. It’s a testament to Ekman’s vague idea of Prince’s sound: it doesn’t really sound a lot like the Purple One. What it does sound like is smooth, slick dance-indie, built with funk basslines and chiming falsetto backing vocals. In summary, it’s an absolute earworm, and will set feet tapping and heads nodding wherever it’s played.

Check it out below, and keep an eye out for Holy Family’s (Kevin Barnes of Of Montreal-produced) new album Values, which drops on Melodic on August 25th.