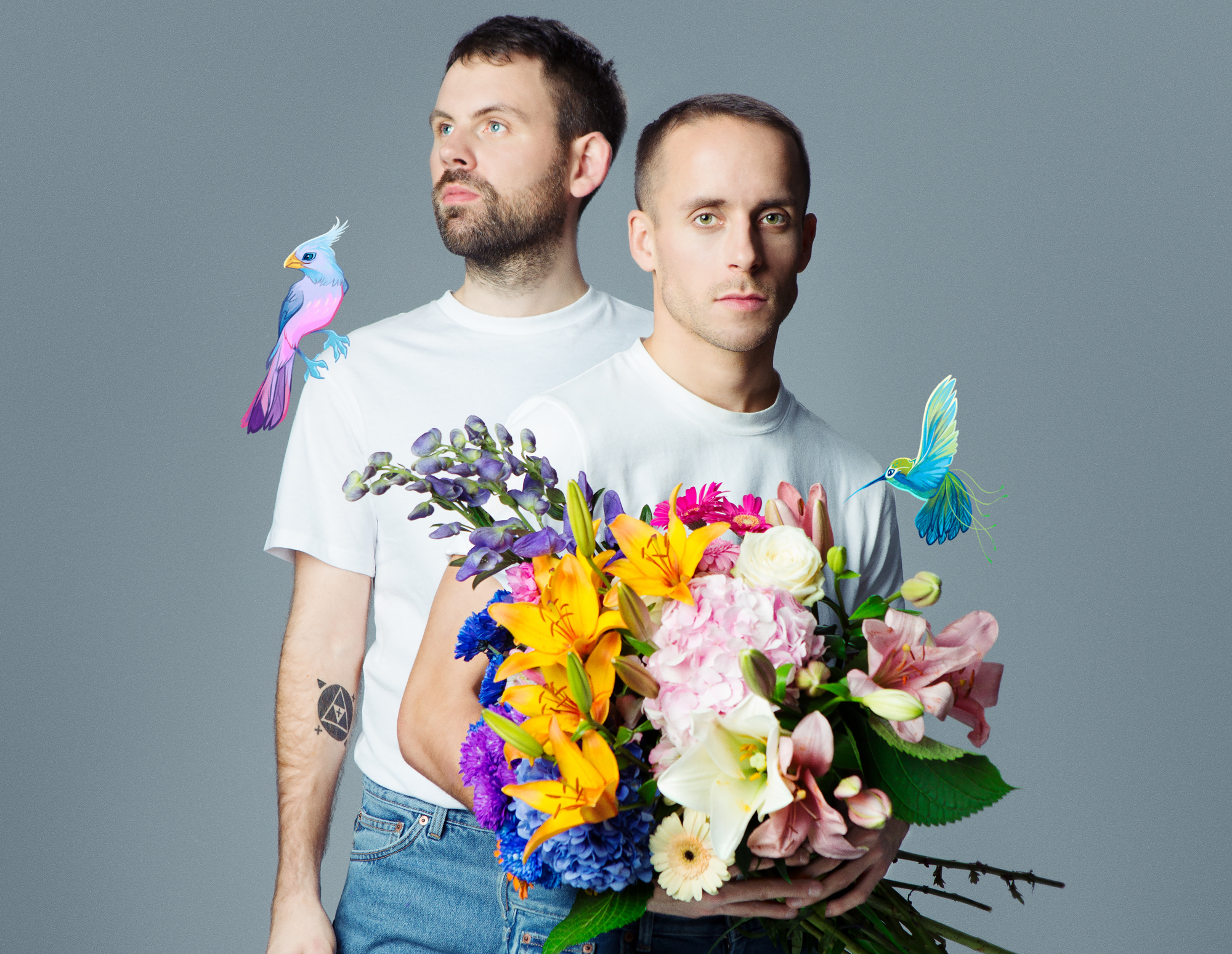 Listen: The Sound Of Arrows – In the Shade of Your Love (feat. Niki & The Dove)

Cult heroes The Sound of Arrows with 'In the Shade of Your Love', a starry-eyed and stratospheric collaboration with Niki & The Dove!

It’s always a cause for celebration when two musical titans stand shoulder to shoulder, but even more so when the the artists in question are as beloved as cult heroes The Sound of Arrows and the incomparable Niki & The Dove. Though its birthplace (in a Hackney studio by a canal) may be humble, ‘In the Shade of Your Love’ is unashamedly and unstoppably reaching for the stars, and in truth, we wouldn’t have expected anything less.

It almost goes without saying that between them, the two artists know how to navigate their way around a synthesizer or three, and how to pair it with a gigantic melody. Indeed, from the first few notes of a stirring, wordless choral drone, it’s clear that the size and scale of ‘In the Shade of Your Love’ isn’t going to be a minimal, understated affair: it’s all sweeping emotion and drama, awash with cinematic glamour. We’re barely a minute in before Malin Dahlström is taking her remarkable vocal range to its limits, seemingly without a shred of effort, and it feels like you’re being transported, to somewhere more beautiful, more vivid, or at very least, a lot less mundane than the trappings of real life.

Unless you’re listening to this on a beach in Bali (if so, well done you) it will give you a reprieve from the ordinary, if only for four and a half perfect minutes. Speaking about the track, The Sound Of Arrows’ Stefan Storm gives some insight: “The genesis of ”In the Shade of your Love” was born in a studio on the canal in Hackney, London, while dreaming of faraway places; a tropical lullaby under starlit skies. The warmth that the track exudes could only be matched with Malin’s heartfelt and honest delivery.”

Though undoubtedly Dahlström’s vocal is the centrepiece of the song, it’s that swooning vocal drone, never intrusive but present at all the right moments, which gives ‘In the Shade of Your Love’ that otherworldly quality we’ve come to expect from The Sound of Arrows, and it serves as a reminder of just how much they’ve been missed since their debut LP, Voyage, in 2011. Though there’s no word yet on an new LP, they’re not an artist who operates with an urgency for urgency’s sake – it’ll come when it’s ready, and we’ll just have to be patient.

In the meantime we can take a wander through some of Niki & the Dove’s favourite tracks in their fantastic Nordic Playlist, and after that we can but hope, dream, and gaze at the stars with ‘In the Shade of Your Love’ for company.

Artists:
Tags: Niki & the Dove, Sweden, The Sound of Arrows