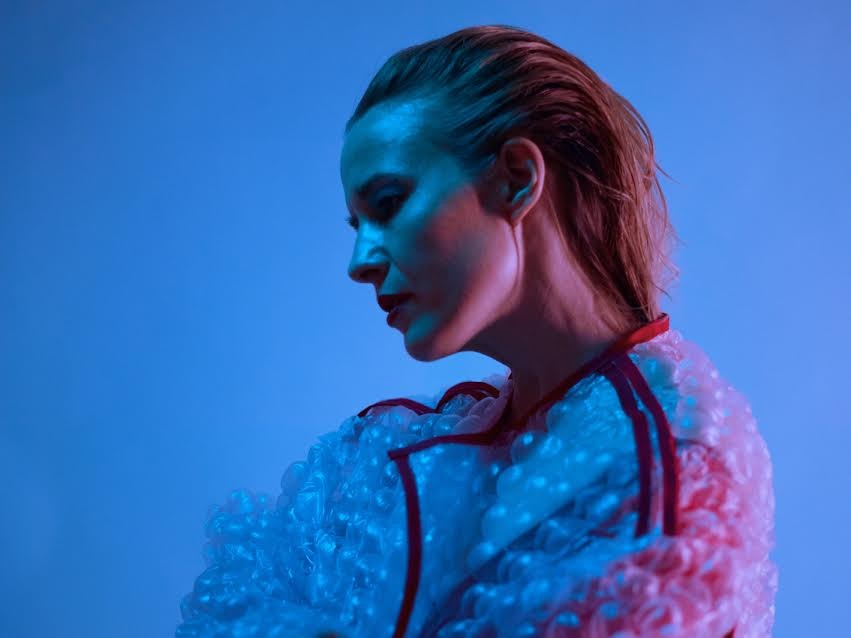 Pooma think of the filmography of David Lynch when they need to describe their music. Have a listen to 'Soldier' and hear what they mean...

‘Soldier’, the latest song release by Finnish trio Pooma, is a bit on the dark side and has an oblique sense to it, while being very focussed at the same time. It marches on, contrasted by the swaying vocals of Tuire Lukka. There’s a purposeful hazy and weary feel to her singing at first, and when the song takes off with the help of a more robust beat, it still retains an air of wanting to be somewhere else. This fits perfectly with the theme of the song, about “doing your duty” and meeting the expectations of your family, social circles and/or society like a soldier, even though you actually want something else out of life.

We might call this music melancholic electronic (melantronic?) pop, but the band has decided to call it Lynch Pop, after David Lynch. In an interview with Finnish radio station YleX they say that since they weren’t sure what category they would fit into, they decided to liken their music with the dark and surreal filmography of the American director, best known for the tv-series Twin Peaks.

‘Soldier’ is the second release by Pooma in a short time (the previous one being ‘Flock of Cranes’), and the new songs can be found on the self-titled EP that was released at the beginning of June. Before this, Pooma were last heard of three years prior with the song ‘Under The Trees’, which was the first time we wrote about them. They take their time, but keep in mind that the song released in 2014 was the first one since 2007, so three years might actually be pretty quick for this band! So take your time and give a moment or two to the song ‘Soldier’, linked below.