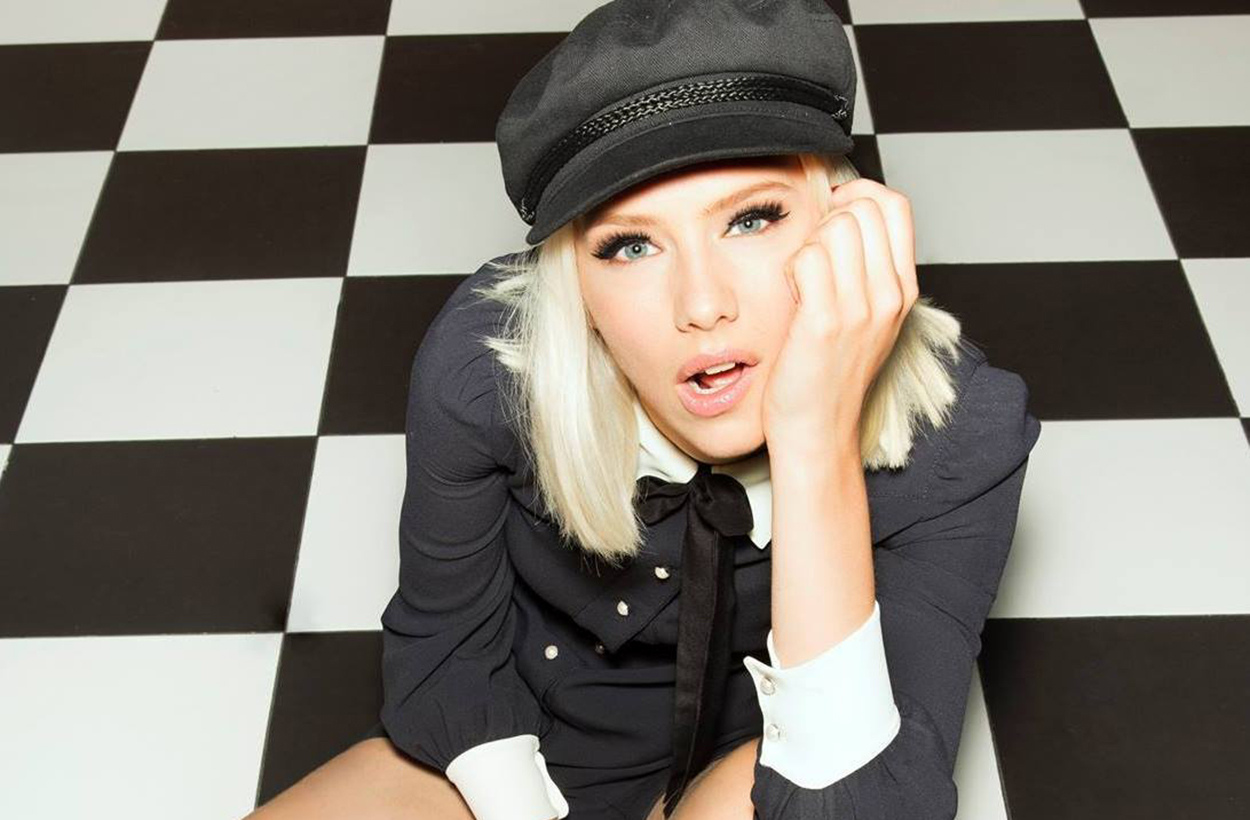 Pop superstar Dagny is back with 'Wearing Nothing', a stunning slice of stylish pop, tinged with a sparkle that only this Norwegian can muster...

By now, we’d hope you’re familiar with the effortlessly cool brand of pop championed by Norwegian singer Dagny. After all, her debut 2015 single, ‘Backbeat‘, was a runaway success, having clocked up over 30 million plays on Spotify alone. ‘Fool’s Gold‘ was rightly featured on many song-of-the-year lists for 2016, demonstrating her knack for creating anthemic, sparkling pop songs and her Ultraviolet EP, featuring the effervescent ‘Fight Sleep‘, released late last year, continued that vibe.

Having enchanted crowds in London and Brighton recently, with an energetic headline show at Oslo in Hackney and an appearance at the Great Escape Festival, Dagny confirmed her solid reputation as a thrilling live act too. Discounting the guest vocals she provided on LCAW’s ‘Man On The Moon’ earlier this year, now Dagny is back with her first single of 2017, ‘Wearing Nothing’, and it’s a stunning slice of stylish pop, tinged with a sparkle only the Scandis can muster.

Her most intimate song to date, Dagny turns up the heat with revealing lyrics that are sure to set pulses racing, although she’s referring to emotional rather than physical nakedness when she sings about “wearing nothing at all”. Written with Ludvig Soderberg and Alex Reutetskiöld, the musical focus of ‘Wearing Nothing’ is around a sparse, jangly guitar riff and gently throbbing bass, although the star of the show is, as always, Dagny’s flawless vocals. Sung with the confidence of someone who knows they’re destined for stardom, this is a surefire hit for the summer and one that will undoubtedly propel the Norwegian star further into the spotlight​.

Released on Universal records in the UK on 26th May, treat yourself to a listen to ‘Wearing Nothing’ below: