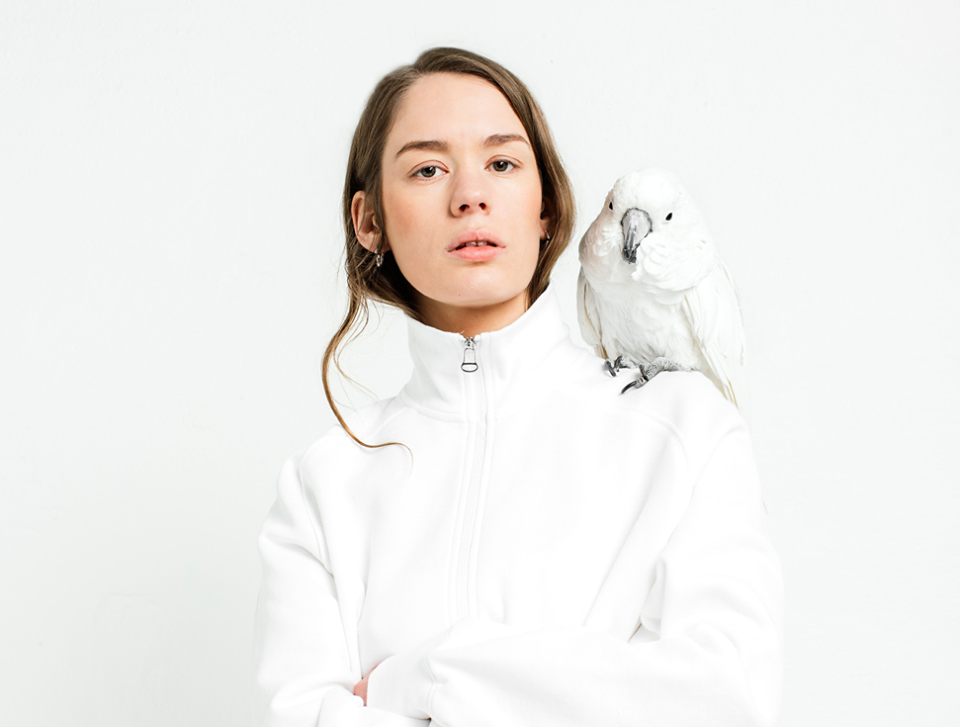 Listen: Anna Of The North – Lovers

Anna Of The North announce the arrival of a debut album, and drop the grandiose title track 'Lovers' as a hint of what more's to come!

First things first with this: you see a lot of press photos in this gig, and the ones for this single are probably some of the best we’ve ever seen. Note to all bands/artists: posing in all white with a parrot (is it a parrot?) trumps standing awkwardly by the nearest graffiti-ed wall, every single time. Second thing: In extremely good news, Norwegian-New Zealand double act Anna Of The North (Anna Lotterud and Brady Daniell-Smith) have finally announced their debut album Lovers, and it’s out on September 8th! And they’ve celebrated that announcement by dropping the enchanting title track.

Anna Of The North have long since established their musical template – soft, luxurious electro-pop paired with the fragile soul of Lotterud’s vocal, and ‘Lovers’ sticks successfully to that. It feels as though they’ve written their ‘lighters in the air’ song with this track, the swelling, emotional centrepiece to any of their future gigs. The “show a little loving, shine a little light on” refrain is one of those shining moments in music that most bands never reach. We’ve known Anna Of The North were going to be big for a while now: with ‘Lovers’, they’ve got a song set to match their size.