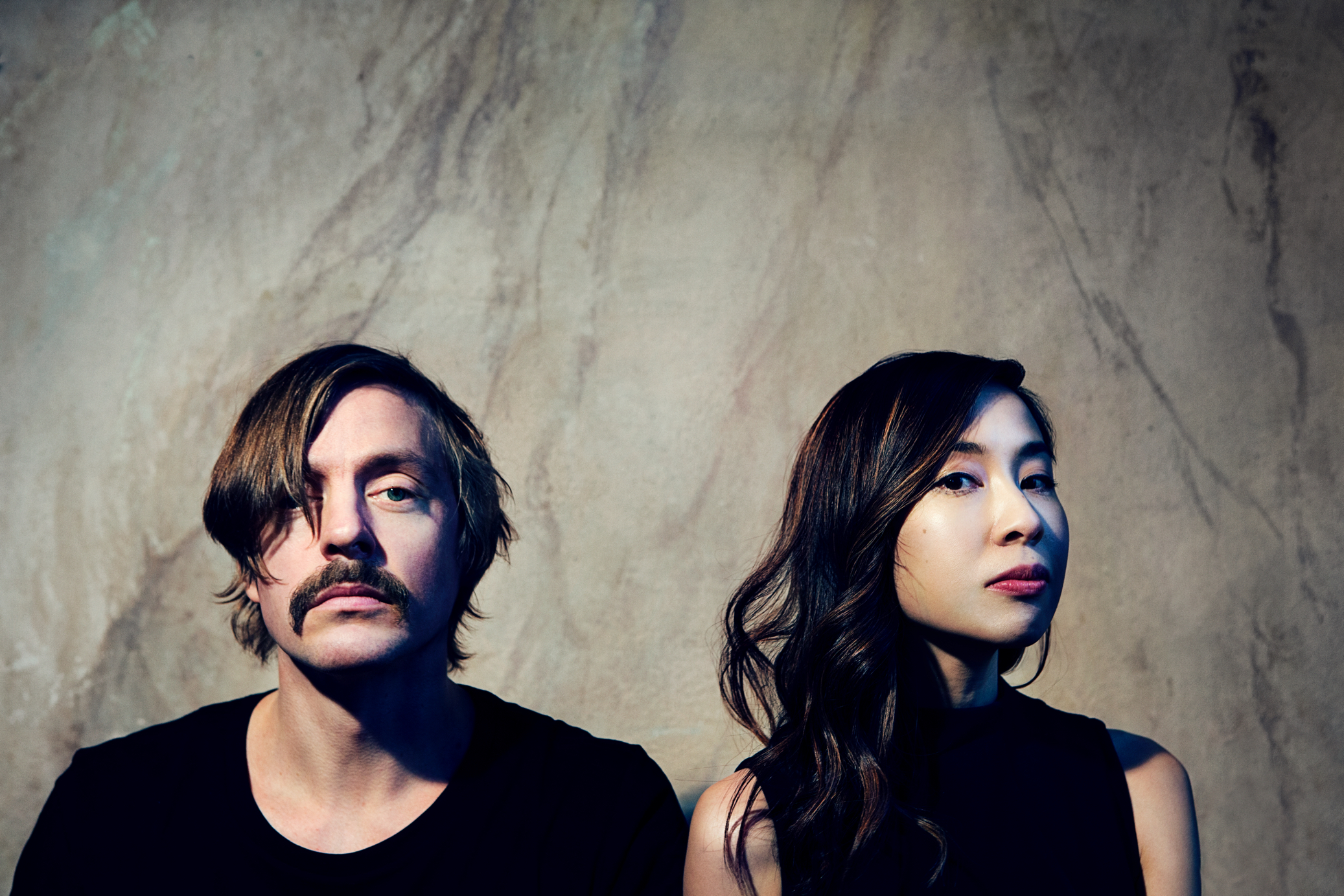 Almost one year after the release of the debut EP Tryst, Swedish/American duo Djustin are ready to drop their first full length album Voyagers. Over the last few months the pair have been giving us a few tastes from their forthcoming album, and now we are delighted to introduce the latest track, ‘Birthday’.

Djustin consist of Johan Angergård, best known from bands like The Legends, Acid House Kings and Club 8, to mention a few – and American singer Rose Suau from the indie pop band Shoestrings. Johan and Rose started their musical relationship with a mutual admiration of each other’s musical projects. They continued as penpals, and now they have a long distance relationship – creating music together on their respective sides of the Atlantic.

‘Birthday’ is a purely electronic song with a pulsating synth-driven beat, led by Rose Suau’s soft and dreamy vocal line. The debut album will arrive on May 5th via Labrador Records, so be on the lookout for that, and have a listen to the new delightful track below!