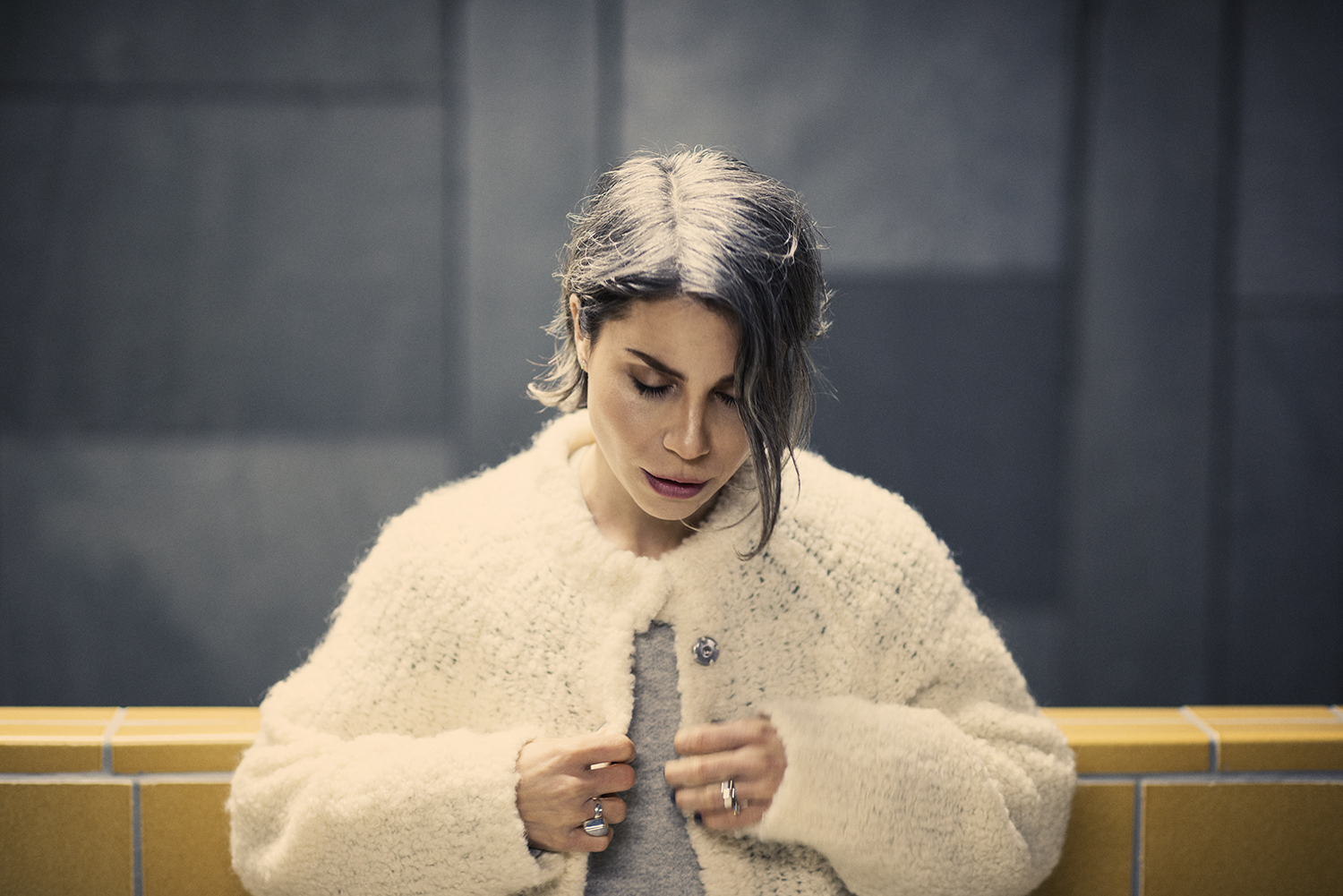 Sweden's Firefox AK will be joining us at May's Ja Ja Ja Berlin show , so we caught up with the artist herself for a Spotlight Interview to find out more!

Sweden’s fantastic Firefox AK will be joining us at the final Ja Ja Ja Berlin show of the spring season, so we caught up with the artist herself for a Spotlight Interview to find out more!

Fresh from unveiling her latest single ‘Wildfire’, Firefox AK – also known as Andrea Kellerman – is making a welcome return to the music scene, having appeared with her debut album back in 2006. With a new arsenal of tracks ready to be revealed, we’re hugely excited to have Firefox AK join us ta Ja Ja Ja Berlin on the 11th May – so get tickets to join us there by clicking just here!

My name is Andrea Kellerman and I do music under the name Firefox AK, and no I didn’t name myself after the web browser. For five years I tried to stop creating music. But it pulled me right back, everything I do, everything around me, leaves marks, almost like the annual rings of a tree, that reveal events that have occurred in our surroundings. It often starts with a melody that lingers on in my head. And before the song is done, I can’t do anything else. That feeling is so intense. I live in Stockholm, but was born in Budapest. And have lived both in London and Berlin. And am currently thinking about where to move next. Somewhere warmer would be nice.

So, first things first, congratulations on your latest single ‘Wildfire’! We’d love to hear more about the idea behind the song and how it was made…

Thank you! I read this book called I Love Dick by Chris Kraus, in that book the female and male characters each write a letter to a man that they just met and whom they both fall in love with. In the letter from the woman, she describes the love that she feels for him, it’s the kind of love and admiration you feel when you are a teenager, the one that is naive, overwhelming and overpowering in a way that it becomes destructive. That feeling fascinates me. When the attraction becomes a drug. That’s what the song is about. I wrote it with Joel Sjöö, it’s the first song that we’ve written together, the choruses just appeared and then I added the verses, I tried to make them as sad as I could. But this is probably my happiest song so far.

And is the track a taste of more new music to come?!

Yes, this is the first single of my sophomore EP coming out later this year.

Your last EP A New Shape arrived back in 2016, and was the first new music that we’d heard from you in about 5 years. What inspired you to come back to making music after this break?

I really tried to stay away from the music, I tried to focus on other stuff, but after a few years I felt this urge of creating again, I had so much to process, a lot had happened in my life and music is the only way that I can really deal with stuff subconsciously. So melodies and scraps of lyrics just started appearing in my mind and after a while I just couldn’t ignore it anymore. So I started of by finishing some songs that I wrote five years ago and then I went to LA for a month to write some more and totally focus on music for a month.

The first music that we ever heard from Firefox AK was back in 2006 when you released your debut album Madame, Madame! – would you say that your approach to making music has changed dramatically in the time since then?

I think I have more creative freedom now, in the sense that I only write music for myself, I don’t think about the fact that other people will actually listen to it. Before, I wanted it to be my career and my income was depending on it, I don’t have that struggle now which is good. I also think that I’ve become more open to collaborations, I enjoy writing songs with other people, and think that that is something I would like to do more and more in the future. Not necessarily for me.

You have a close relationship with Claes Björklund (who readers will know from iamamiwhoami) when it comes to making music, so what is it that makes your collaboration work so well?

We have quite similar personalities I would say, both of us are sensitive and empathetic, we have the same melody sense and we talk about music in similar ways. We both like 80’s music, mostly the cheesy ballads. We do all the songs in half tempo and picture many of the songs to be the kind of song that you dance to at the end of a disco in high school, that is if you are born in the 70’s though. He is probably the most musical person I know, he is very talented and impress’ me every session we have.

You’ve also collaborated with the likes of Elias recently – what do you look for in a musical partner, and who would be your dream collaborator?

Elias was kind of a dream collaborator, I heard his song ‘Revolution’, and just fell in love with his voice. The depth and vibrato he carries is something really unusual in such a young singer. He was the first person I thought of when I wanted to do a duet of ‘One Last Time’. I guess I try to find something that will add quirkiness or of course something that will make the song better. Chan Marshall would be another dream collaborator, she has that same kind of depth to her voice. And I have loved her for years.

It will be the first time for us to play many of the songs and especially in this kind of setting, so we are all very excited to play them live, I think the songs truly unfold live, so we’ll see what happens. It will be good to be back and play in Berlin again. The last time was with Hurts, so this will of course be completely different.

Gah. I love Cigarettes After Sex, and I can’t wait for them to release their debut album, they are not Swedish though. I also really like Seinabo Sey, Janice, Sabina Ddumba and Little Dragon. They all have extraordinary voices.

The video for ‘Wildfire’ will be out on the 7th of June, I’m really excited about that. The summer will hold festival shows. Then the EP will be released after the summer, with some touring around that release. And I will keep on writing songs and hopefully release them in the near future.