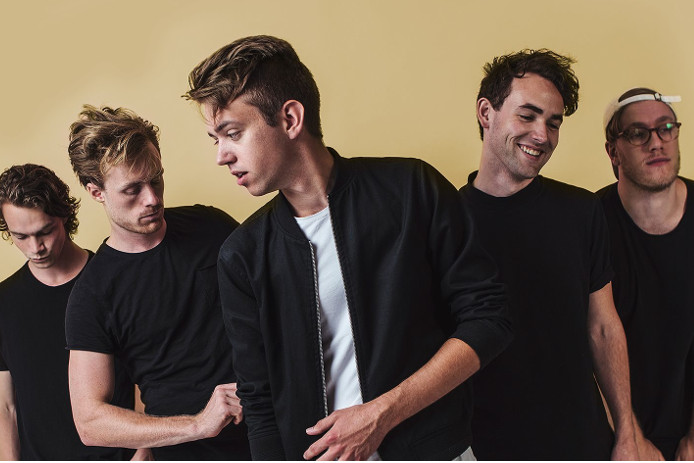 Two years after the release of their debut album, Norwegian indie-pop band Kid Astray return with the hugely danceable track 'Fall To My Knees'!

Norwegian indie-pop band Kid Astray from Sandvika released their debut album Home Before The Dark in 2015. Since then, they’ve had five singles playlisted on Norwegian radio and received several million streams on Spotify. They have toured Europe, but their unique and catchy sound has also led them all the way to Japan – where they undertook a sold-out tour just last year.

Two years after their breakthrough they now return – however no longer as a six-person band – as former member, Elizabeth Wu, has left the band. So as a quintet, they are back with new music in shape of the fresh electronic anthem ‘Fall To My Knees’.

The band explains that the new song was inspired by a gig in Berlin two years ago. They had been through a tough period and actually weren’t that enthusiastic about playing that night. However, the great experience of being on stage made them remember why they want to keep on doing this.

In the band’s own words: “It’s pretty big for a couple of 20 year olds to be able to play a sold-out show in the hipster capitol of Europe. And this song is a reminder of that.”

While we wait for more inspired music from the five-piece – have a listen to the danceable ‘Fall To My Knees’ below!