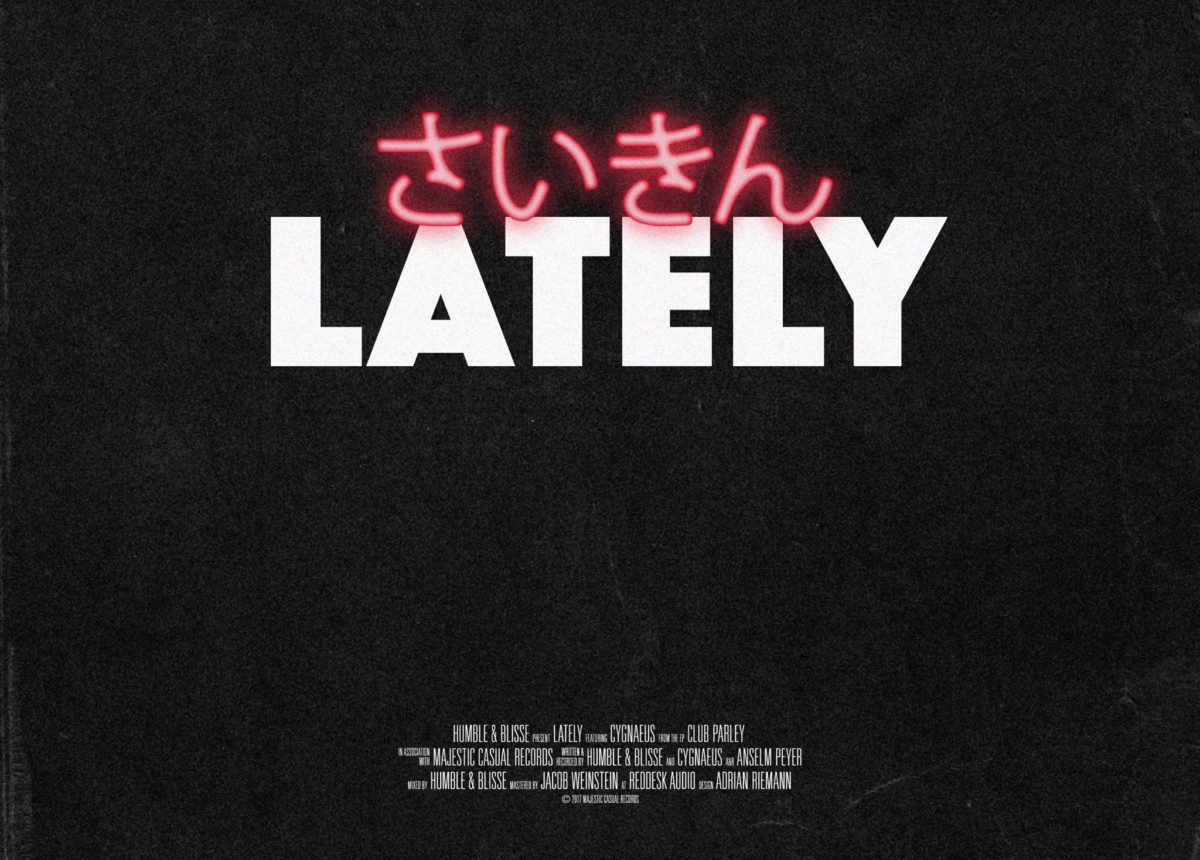 As you might guess from the picture above there’s not much we can tell you about the mysterious production duo Humble & Blisse at the moment, besides that they are based in Stockholm. Their debut single ‘Lately’ is a very chill electronic track though, to the point that it almost feels like a bedtime song. This has a lot to do with the music box melody that is repeated in the beginning and towards the end, underlined by some clattering mechanical sounds in the intro. It’s a song about longing for that certain someone, maybe when you’re just about to go to bed all alone or sitting by yourself in an empty hotel bar close to midnight.

The song features the clear vocal talent of an artist who goes by the name CYGNAEUS, and we’ve figured out that it’s the surname of Amanda Cygnaeus from Stockholm. She’s a student at the music writing academy Musikmakarna in Örnsköldsvik and has released some material under the artist name RAYE previously. She fills the debut from Humble & Blisse with nostalgic emotion, and we’re pretty sure we will hear her voice again somewhere.

Even though ‘Lately’ is the debut single by Humble & Blisse, they’re not complete beginners. They’ve produced tracks for a row of promising Nordic pop acts like Skott, Marlene, Elias and also the very latest track from Astrid S called ‘Bloodstream‘.

‘Lately’ is released through the German label Majestic Casual Records. Have a listen to it through the link below.