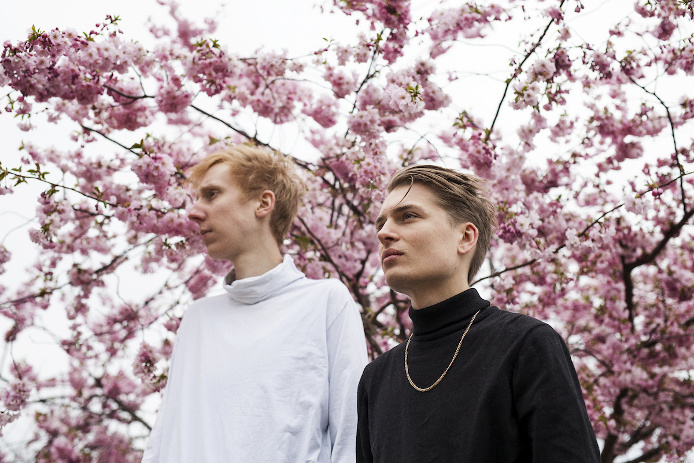 Listen: Gents – Lost In The City

In the past months, we have presented two fresh songs from Danish synth-pop duo Gents‘ newly released full length debut album. First they teamed up with fellow Dane Emma Acs on the charming, yet darkly serious duet ‘Cold Eyes‘ back in February. Then we fell in love with the single ‘Brother’, which was released along with a great video in March.

The brand new song ‘Lost In The City’ is the third single taken from the debut album About Time, and the Copenhagen-based duo has described it as “if Bruce Springsteen found himself on a 90’s club”.

Like in the two first singles, singer Niels Fejrskov Juhl with his absolutely unique baritone vocals, and producer Theis Vesterløkke, delivers great synth-pop. However, the duo has described the song as an opportunity for them to experiment with new elements. Speaking of the song, the duo explains: “‘Lost In The City’ has opened some doors and pushed us in a new direction. The last part of the song is in many ways a nod to our time in Berlin, where we spent a lot of time in the nightlife.”

About Time is out right now via The Big Oil Recording Company, so be sure to tune in and listen to the latest single ‘Lost In The City’ below!