Hailing from Nuuk, Nina Kreutzmann Jørgensen quit her job as a teacher back in 2014 to focus on her music, and for that we are grateful! Hun står i nordenvind (She’s standing in the northern wind) is a West Nordic project telling the stories of 10 different women from Greenland, Iceland, Denmark and the Faroe Islands. The album is accompanied by a collection of short stories which elaborate on the stories NINA describes in her songs.

‘Maalia’ is one of the 10 women and was the first track NINA shared from the project in 2014. Two years later the determined musician from Greenland has made her music video debut with an artistic video for the energetic track. Directed by Ulannaq Ingemann and Jørgensen herself, the video sees actors Natascha Pedersen and Alexander Mongomery-Andersen interpretive dancing in beautiful surroundings. Watch the video below: 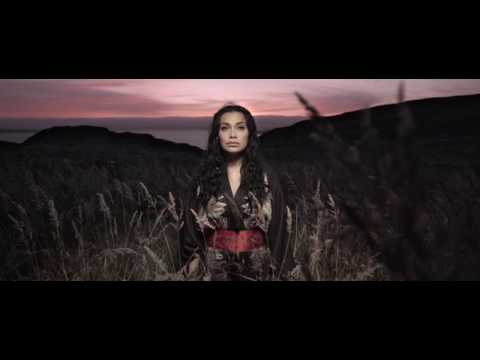 Get to know the Greenlandic music scene in this Nordic Playlist!