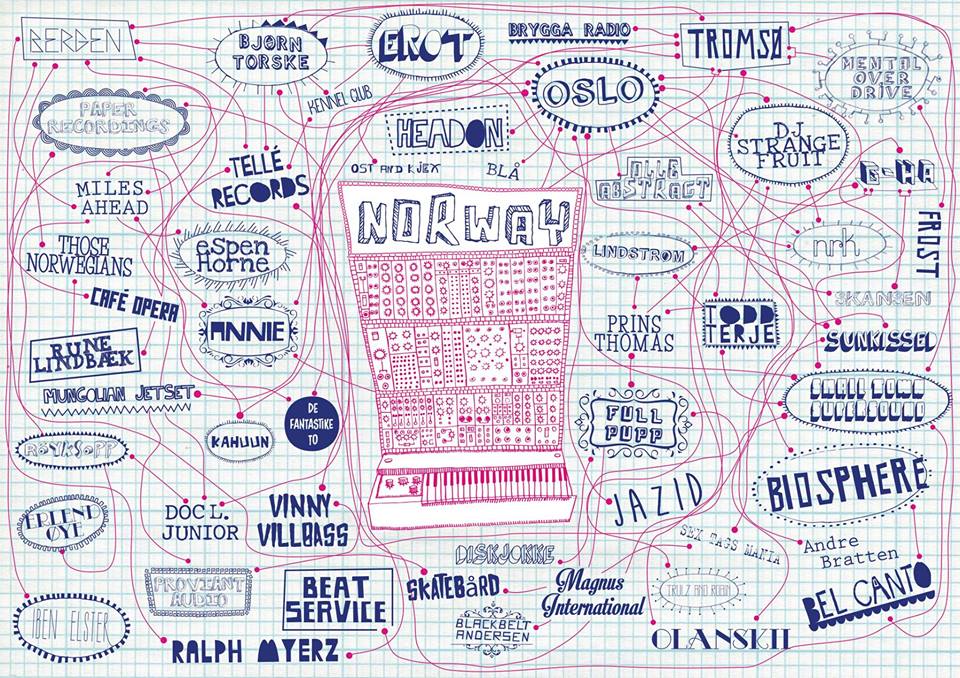 Todd Terje, Lindstrøm, Prins Thomas, Olle Abstract... Norway is full of fantastic and renowned DJs and producers, and soon you'll be able to see a film that tells you how it all began!

‘Northern Disco Lights‘ is the name of the documentary currently in production that will tell the story of how a few young – and supposedly rather bored – guys from Norway came to change the Norwegian, and even the global, dance music scene forever. The film is slated to be released in September, and behind it stands the people responsible for the documentary film ‘Last Shop Standing – The Rise, Fall and Rebirth of the Independent Record Shop‘.

So why is this story worth to be told? For one thing, out of what was nothing more than a fun hobby and kids creating music developed into a whole scene, giving rise to iconic musicians like Prins Thomas and Lindstrøm. Also, the story starts in Tromsø, one of the most remote towns in Norway, more known for being the ‘Arctic capital’ than a creative hotspot. If for nothing else, this film is worth being watched in its entirety simply because Per Martinsen, a.k.a. Mental Overdrive, will create a fully original soundtrack!

Before the film will be out there for everyone to enjoy, the fantastic team behind it need some of your pocket change to make the final bits and pieces fall into place. By donating a sum to the creators and supporting the project (which so far has run on Norwegian film and travel funds) you can get your name in the end credits, watch the special premiere at the Norwegian embassy, or even get participate in the creation yourself! For all support options, visit the IndieGoGo-page for the ‘Northern Disco Lights’-project right here.