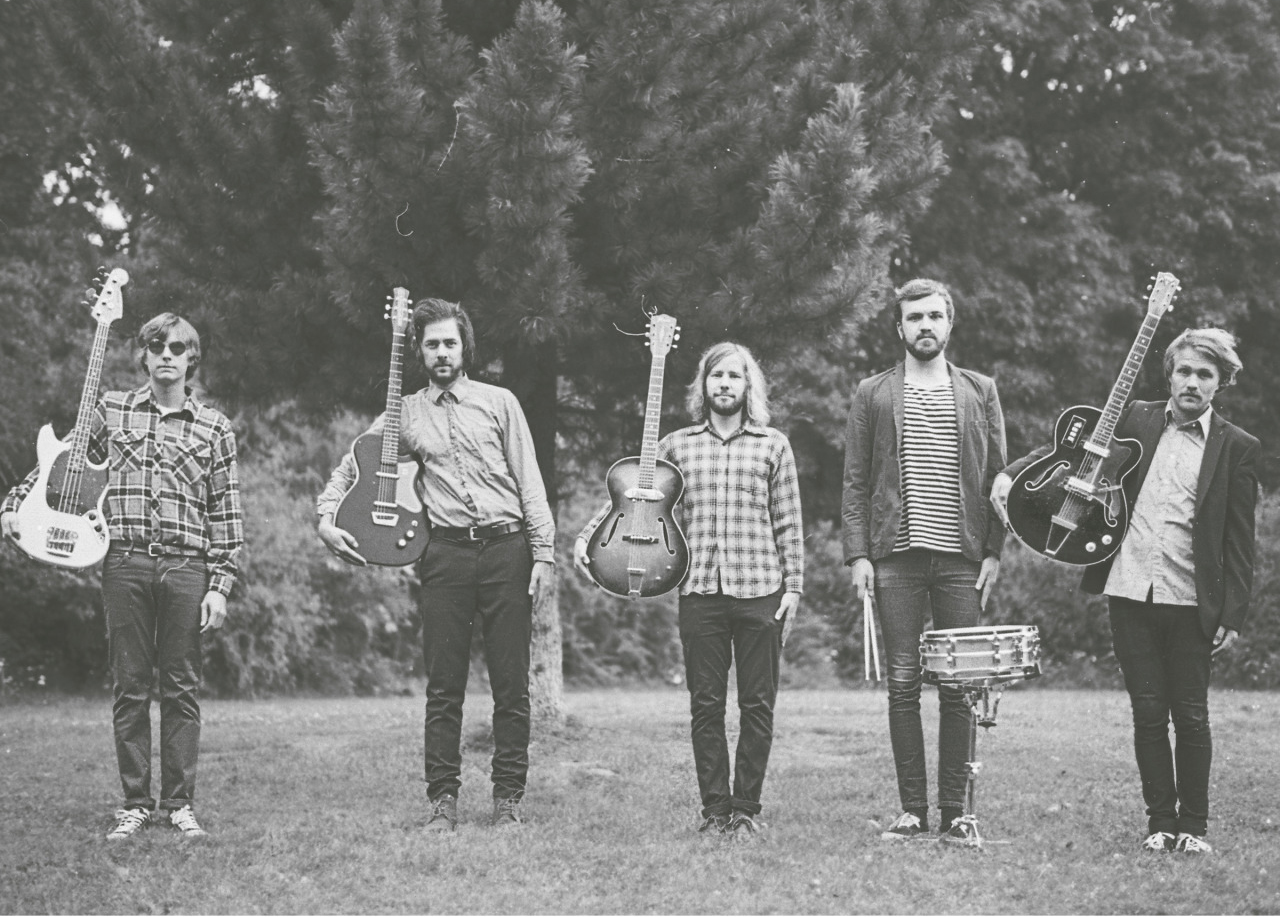 To celebrate the release of their second LP 'Relax/Relapse', we got to know Norwegian band Dråpe a little better! 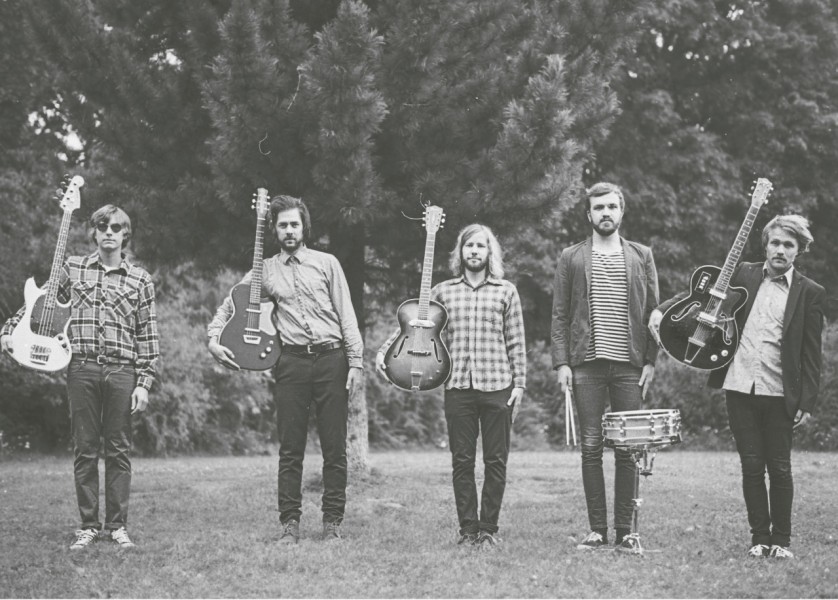 Norwegian band Dråpe have gone through a significant number of changes in the past year, not least of which was having past member Eirik Fidjeland return to the fold, replacing vocalist Hanne Olsen Solem. By their own admission, they have had their share of ups and downs (and broken ribs) but riding the tide of challenging experiences seems to have not only solidified them as a unit, it has also brought a new depth and maturity to both their lyrics and sound.

Bursting with enthusiasm and showing all the hallmarks of having a seriously wacky sense of fun, the guys from Dråpe happily agreed to spend some time filling us in on the background to their latest album Relax/Relapse, a masterpiece in melody and a masterclass in musicianship. Kick back and enjoy some amusing thoughts on cold guitars, the Beatles and wonky sounds with Dråpe!

Eirik Kirkemyr is our drummer, Lars K. Boquist is our bass guitarist, Even Hafnor is our classic-rock guitarist, Eirik Fidjeland is our multi-instrumentalist (mainly synth and harp but he occasionally rocks out a noisy guitar solo), and Ketil Myhre does vocals and guitar. We are trying really hard to have ourselves recognised as an “established” act in Norway; this makes it easier for us to experience the feeling of “being a new band” in other countries. As for ourselves personally, well, other than playing music, most of us work in a Kindergarten except for Even, who is an award winning director in the movie business, and Lars, who does web/graphic design.

Your album Relax/Relapse, opens with the ‘Relax’ element, which isn’t particularly a ‘song for a hammock’!  Why did you give this track that name, and, do you think your fans will be expecting your long awaited new album to open with an instrumental?

Hehe that’s true, it’s not the most soothing tune. This is the “intro” track to the album and the second song, “Replica”, uses the same chords but with a very different approach. Our album starts with Relax and ends with Relapse to tell the story behind the album from start to finish as to how it came to be named Relax/Relapse.

‘Replica’ has an almost new wave feel to the guitar sequences at certain points and there is also a trend of unconventional shifts in tempo and genre throughout most of the songs.  Overall the sound is heavier, more mature, more random.  Is this a deliberate consequence of your trying to be more experimental and organic in approach, whilst moving away somewhat from the ‘shoegaze’ tag?

We wanted to make something very different from the first record. We also wanted to keep our options open sound-wise, to help us get the best out of ourselves, just to see what that sounded like.  We wanted it to just happen, rather than deciding on everything beforehand. The one thing we did deliberately decide to do, was record the whole album on a 24 track tape recorder. That element really made a difference for us as to how we built the songs. It was really nice to be limited to only 24 tracks.  We could remove unnecessary things that would otherwise cover up important sounds if we had had access to an unlimited number of tracks. From that, together with using a lot of amazing vintage amps and guitars/synths, we got a more mature sound.

We have always played with tempos and shifts in time signatures from our first EP to now. There are a lot of time signatures going on in our music but to us they never feel weird to play, it is more to make it feel “more correct”.  On this album we actually recorded every song live without a metronome, ON TAPE! This really made us throw away anything that didn’t have an important enough place in the soundscape, as well as making us play tighter, better.  We got into a better groove without a click track stressing us out. 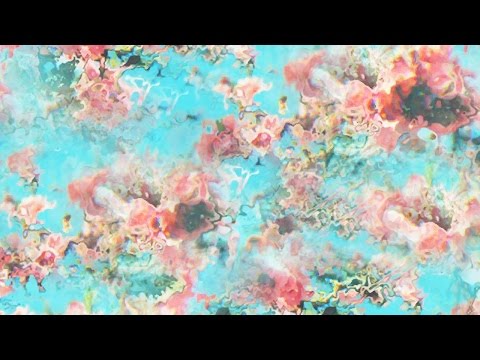 You name a song on the album ‘?’ – this isn’t the first time a song has had this title? Did you name it ‘?’ because it’s so sonically random that you just couldn’t put a label on it?

The lyrics reflect questions we ask ourselves everyday about people’s actions, society and it’s trends, narcissism, self-obsession. Also we were poking fun at ourselves as well, because we are no better than anyone else.  We are not above others when at the same time there are still awful things happening in the world.

“Some of the methods we used were to put guitars out in a cold parking house next to the studio so the wood would get cold and the pitch would change.”  You say you wanted to find the “perfect out of tune guitar sound” – you seem to have found it, so please discuss!

Yeh hah, we did that. Usually we don’t have the right umbraco key or money to correct the truss rod to intonate our guitars so we just tune to the song we play. That combined with cold guitars made some nice sounds through old amps.

You’ve been quoted as saying that Beatles-esque psychedelia was a major inspiration for the new album.  Which albums and songs have influenced you most, how and why?

It’s hard to pick out one particular song/album, but we’d been listening a lot to Revolver whilst we were in our tour van. The way the Beatles experimented in studio, with different sounds and weird noises, and how innovative they were, is probably the main inspiration. Of course we were inspired by their music, as well. 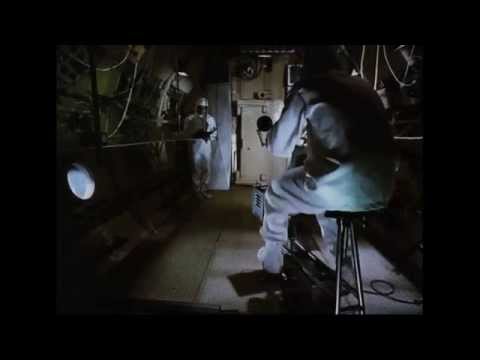 Even (Hafnor) edited the video for My Friend the Scientist – are you going to use his “award winning film making” skills for future videos?  Who came up with the concept for this video and what is your approach to videos in general?

We sure are! Just keep an eye out for something soon!! Some hints: old, homage, 16mm, awkward. It was Even’s idea for “My Friend The Scientist” video and it was made while we filmed our next project.

What are the challenges facing Dråpe playing this album live, if any and how do you relate to your audience – do you prefer an interactive experience that can potentially feed back into the creative process?

Because we already recorded this album live, it is not a very difficult transition to a concert. We really enjoy playing live in smaller spaces and venues where it fills up fast and people can get a more intimate connection with us. Then we can see their faces and those who sing along to our songs, rather than a sea of heads and some cellphones. But playing big spots has its own vibe, and can be really cool of course.

If you could do a cover of any song with any other artist – what and who would that/they be?

It would probably be ‘Young Folks’ by Peter Bjorn And John. Such a catchy and laid back song. Love it!

Do you have any good new music tips to share with us?  Norway-relevant tips are particularly welcome!

Gold Celeste. Eirik Fidjeland’s band, have just released their second album The Glow which is really good. Also, another band that Gold Celeste will be supporting, the really coolly named Mild High Club. They make really great, weird songs. Other Norwegian bands we enjoy are Psyence Fiction and FOAMMM, who really should have a lot more fans and people listening to their music.

Any finally, what does the rest of the year hold for you?

Our album ‘Relax/Relapse’ will be released, and shortly afterwards we’ll go on a promotion tour across Norway to Oslo, Volda, Bergen, Trondheim, Tromsø, Kristiansand, Kongsberg and Stavanger. At the moment we are planning 2016: we really want to play in London and do more shows in Germany.

Dråpe’s second album Relax/Relapse is available now via Riot Factory, and their Norwegian tour kicks off in Oslo at Parkteatret on 16th October – you can find the full list of dates here!