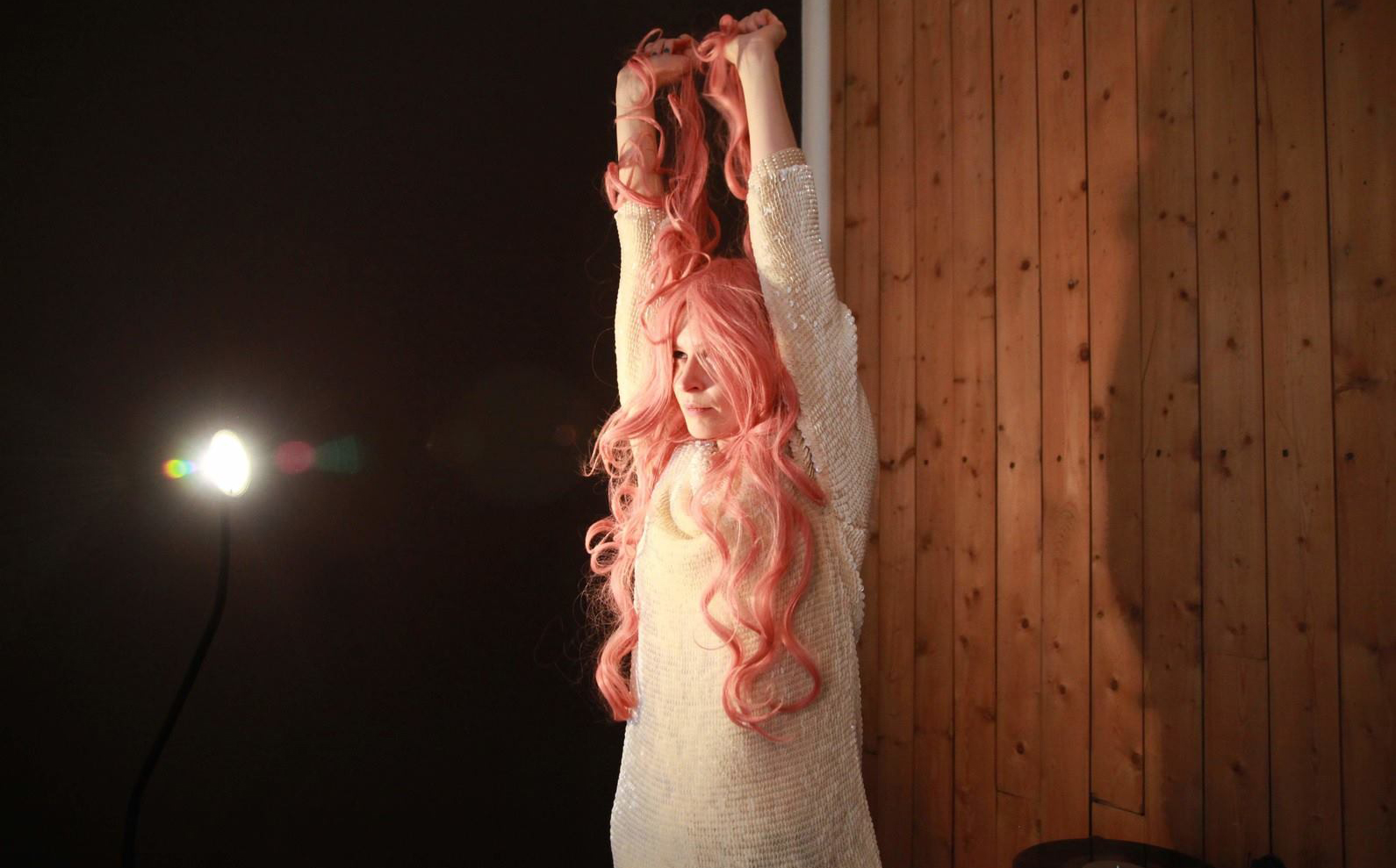 Albums Of The Year So Far: Jenny Hval – Apocalypse, girl 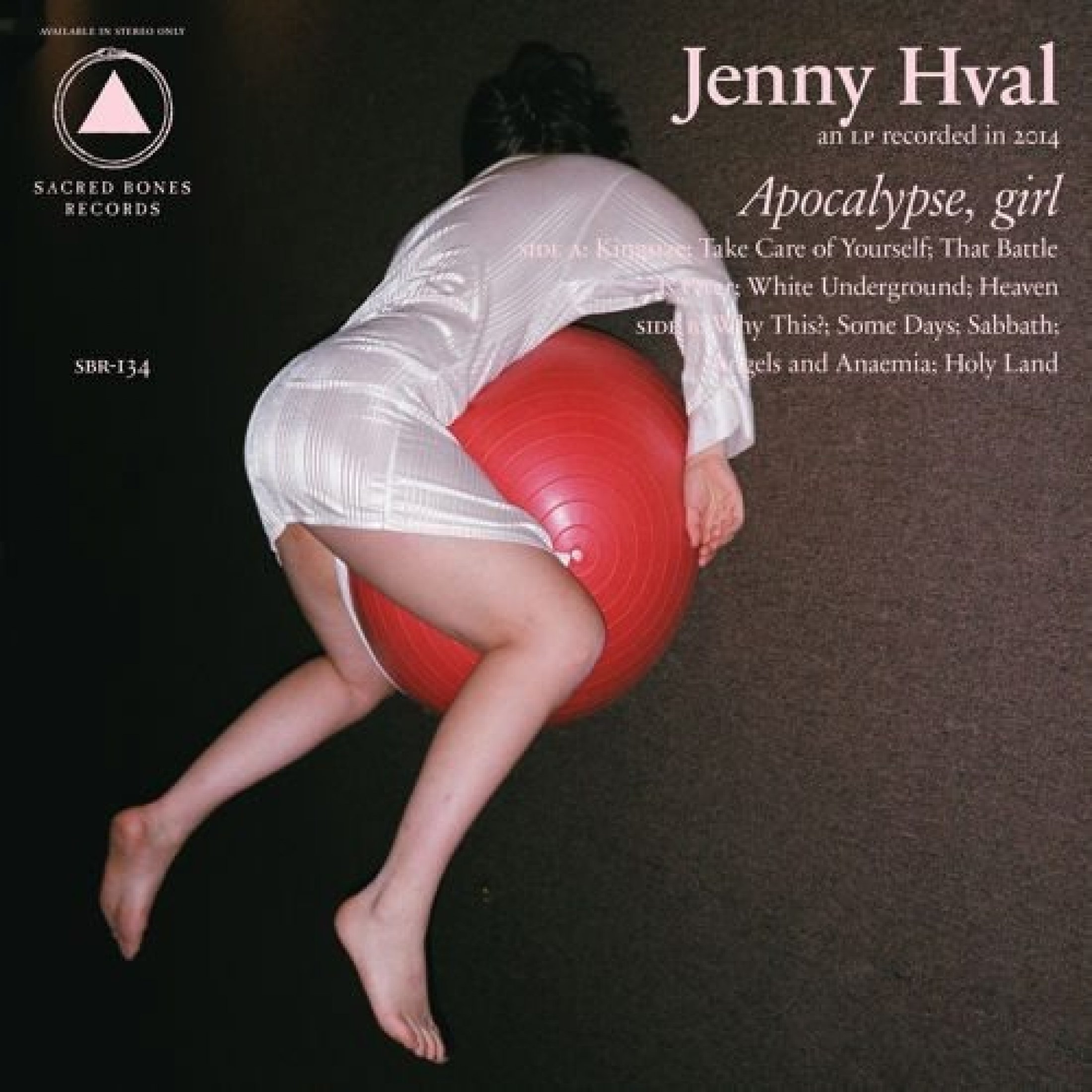 Our final choice is from an artist who is truly an artist in every sense of the word. With Apocalypse, girl, Jenny Hval has crossed boundaries, confronted, subverted, and challenged. It’s not an easy record for pleasant background listening – Apocalypse, girl deserves your full attention, but with each listen you’ll reap new rewards. It’s dense, clever, funny, and beautiful. 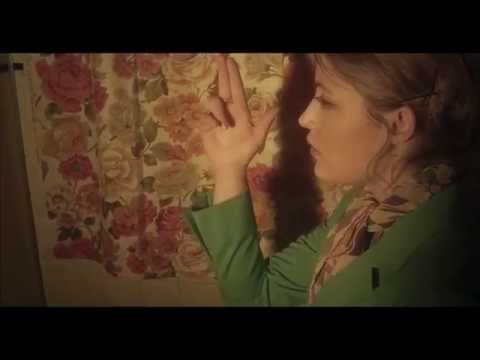 Apocalypse, girl has as much in common with visual art, short fiction, spoken word and experimental performance art as it does other pop records, and though moments of sonic dissonance and precise enunciation of the word ‘cunt’ may try and convince you otherwise, it is unquestionably a pop record, and a very good one at that. It’s complex, varied, challenging, and with a myriad of topics explored in the lyrics, it still has moments where it will use the structure of a pop record to achieve it’s goals, which are a frank discussion of sexuality, gender, religion, age, culture, and more besides. This is a 21st Century pop record – it’s more ‘I Want To Hold Your Dick’ than ‘I Want To Hold Your Hand’, granted, but that’s a good thing.

It’s also a piece of art. If I was to read of a gallery doing an exhibition on Hval’s album, in which the entire thing was just the exercise ball depicted on the cover on a plinth in a room with the record playing over the speakers, I’d say ‘yeah, that works’. Pitchfork’s review of the album drew parallels of her approach to lyrics resembling the work of text artists like Jenny Holzer, and it certainly feels like they inhabit a similar space, or provoke a similar feeling, though each artist is using a different medium. There’s so much this record that has it’s foundation in art, specifically the way it deals with the conceptual and in commentary that I’m suddenly back in a whitewashed studio in art school with people standing in a circle asking me “but what are you trying to say?” It’s an approach to creative works that comes naturally for some people. The need to express their questions and feelings about the world through art. Some people having nothing to say, and others have more to say than they can deal with, and Hval seems to be the latter. She seems to be endlessly engaged, full of ideas. The triumph of Apocalypse, girl is how she is able to wander through so much terrain and put together something that feels so cohesive. Everything is interlinked.

As such Apocalypse, girl gives the impression of a ‘concept record’ but isn’t one. No one topic is the guiding thread throughout. Hval’s ruminations cover a wide spectrum of things. One thing that comes up regularly is ‘softness’, most obviously in opening track ‘Kingsize’ in which Hval gently asks “what is soft dick rock?” with every consonant perfectly verbalised. This is one of the album’s key moments as it distils the essence of a lot of what the album does. It is a confrontational statement, but not in the sense of aggression, or conflict, in the sense that Hval looks at the world so much more directly than most others do, and in doing so she uncovers the sort of intimacy that obviously fascinates her. You hear the word ‘intimacy’ and popular culture has made it so that you might think of the word in soft-focus terms. A gentle word, implying tenderness. Softness. Intimacy is just a closeness. Intimacy can be hard and awkward too. Intimacy is as much about leaving the bathroom door open, or letting the other people in your life see the the undignified moments as it is about softness, and Hval highlights this. Even on the album cover – the lighting of the photograph makes it ambiguous and unsentimental. It is, as the whole album is, confrontational in that it makes you ask questions. It confronts you.

The other softness that is worth commenting on is Hval’s delivery. Throughout this record there are a lot of coarse and blunt turns of phrase that if they were delivered in any other way would sound aggressive. In choosing to focus on melody and an understated, occasionally clinical, delivery it can be like listening to a surrealist radio play – Apocalypse, girl could easily be viewed as a contemporary to Chris Morris’ Blue Jam series’, in that it takes the darkly humorous and subverts it. Without a visual accompaniment to tell you what you’re supposed to think about it, your mind has to fill in the blanks, which is the power of audio, and working with audio, either as art, narrative or songs. Apocalypse, girl, is all of the above. 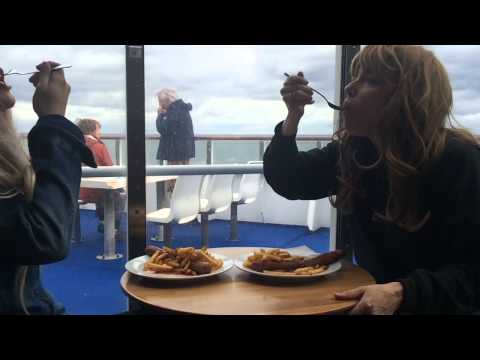 Sonically the record is beautifully textured. Warm organs on a track like ‘The Battle Is Over’ transform into scratching drones and distorted choral moments on ‘White Underground’, but like her ability to traverse different lyrical territory, it’s a natural progression, never jarring. Elsewhere strings and harp, traditionally ‘pretty’ sounds are as present as any strange noise or field recordings. Hval’s vocals are frequently so close in the mix it’s like she’s muttering to herself right next to you, which also adds to the album’s theme of confrontation and intimacy. Like the lyrical content there’s a lot to take in, but a lot to enjoy, and repeated listens will find you discovering new things to love each time.

Hval is a ferociously intelligent artist with a background in all of the things that Apocalypse, girl immediately evokes. You don’t need to know about how she’s a published author, has worked in sound art, or has studied film and visual art – it is abundantly clear in her work that she is as adept at these mediums as she is with music. Even if you’ve never listened a note of her music before putting on Apocalypse, girl, she is able to convey all of this through the record, because it’s all laid out for you in the most explicit terms – each song is soaked through with Hval’s many skills as an artist. The power of the record comes from the fact that this is never beyond you, though. It’s not too far down the rabbit hole, where there’s too much going on for anything to make sense. you know that this is a complex, challenging artistic statement, but it’s accessible. Packaging this statement as a pop record brings art to people who might not encounter that kind art. I can’t claim to be even one eighth as well read or as aware of visual art and art criticism, but I’m absorbed by this record, going through it over and over, not unpicking it, exactly, just soaking in a little more with each pass. This is why a record like Apocalypse, girl and an artist like Jenny Hval is so vital – her soft confrontation through song brings a powerful art to an audience who might otherwise have missed it.