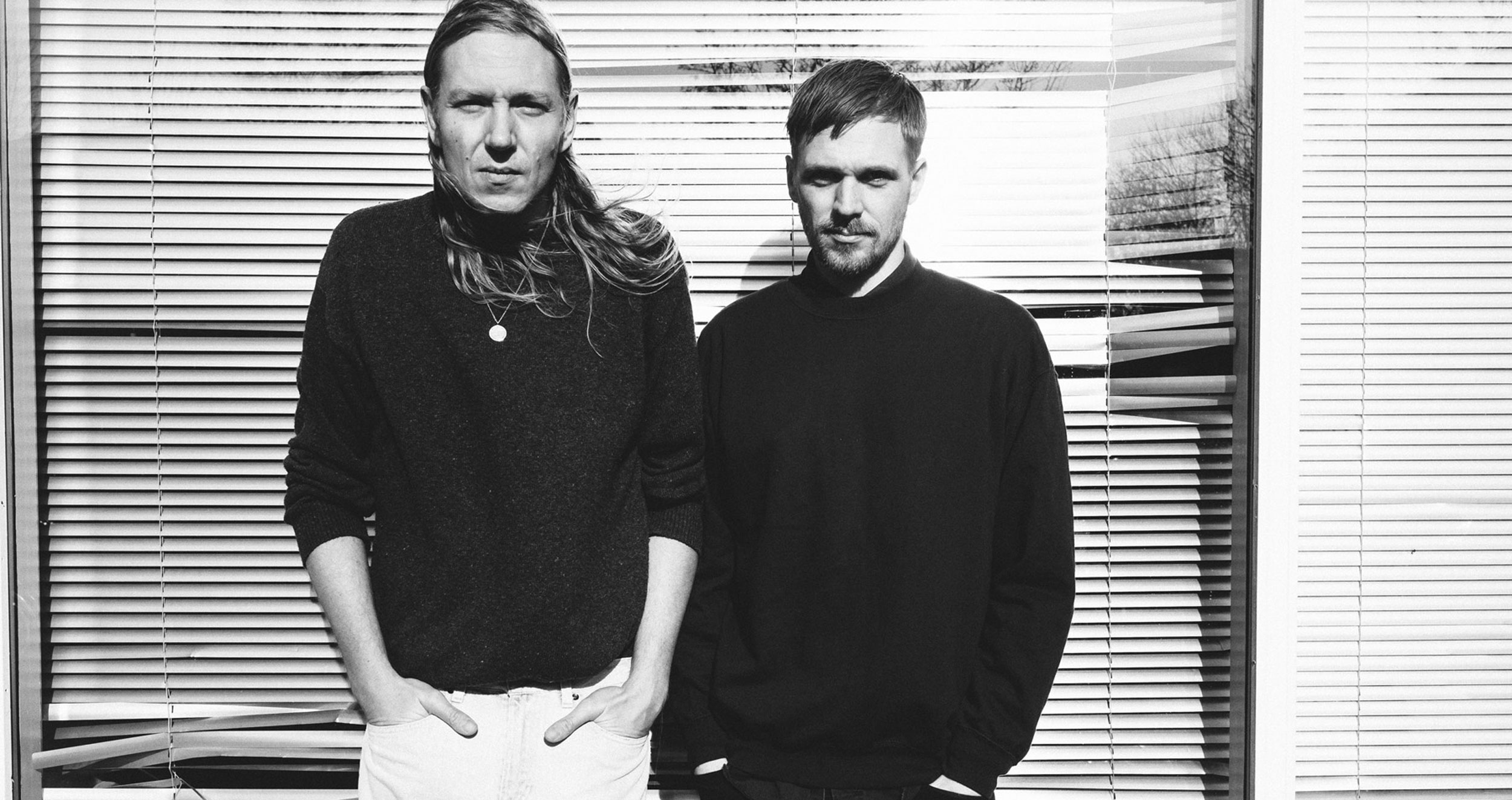 While busily preparing for the international release of their album Ragazzi and their upcoming Ja Ja Ja performance, we caught up with Danish duo Cancer for a Spotlight interview! 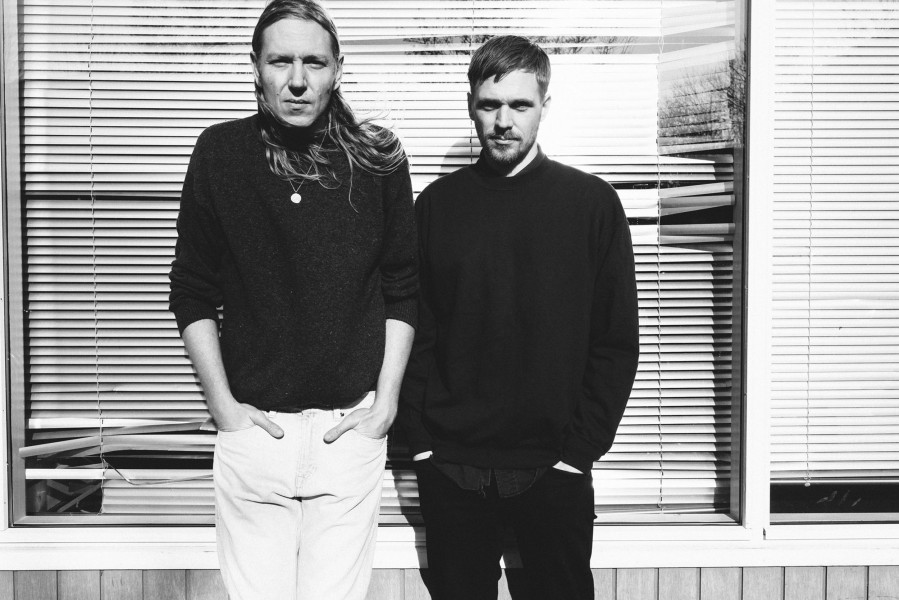 In today’s Spotlight interview, we catch up with one of Denmark’s most exciting collaborative propositions – a duo who combine the talent and inspiration that drives two of the country’s most inspirational projects – a band that goes by the name of Cancer.

The duo is formed of When Saints Go Machine’s Nikolaj Manuel Vonsild and Chorus Grant’s Kristian Finne Kristensen – two fantastic musical minds that have been creating critically acclaimed music with their respective projects over the past few years. Their collaboration reached a higher plane this year when they released their debut mini album Ragazzi throughout the Nordics via Danish label Tambourhinocerous back in June. The record will receive a long awaited international release on the 29th September and to celebrate, Cancer are heading to London to make their debut UK appearance at the Ja Ja Ja club night on Thursday 25th September!

Cancer will be playing alongside Finnish fivesome NEØV and Norwegian songstress Aurora Aksnes at The Lexington, so find out more about the show by clicking here. Ahead of their show, we caught up with the pair to find out more about their collaboration, so find our exclusive Spotlight interview just below and make sure to check out this fantastic live version of their latest single ‘Body On The Bones‘ too.

For those that haven’t met Cancer yet, could you please introduce yourselves – who are you, where are you both from, and how would you describe what you do?

We’re two Danes by the names of Nikolaj and Kristian who write songs. Kristian grew up on the island Bornholm and Nikolaj in narrow streets of old Copenhagen after having moved around a lot growing up. We both sing and write lyrics- Kristian plays guitar and Nikolaj samplers and effects.

We’re friends and collaborators that have made an album called Ragazzi. On Ragazzi and in the live setting we’re joined by two friends on bass and drums. In lack of a better description, maybe the music we play is soft rock.

We know you both from other projects, but how did you guys meet and what made you decide to make music together in the first place?

We’ve dedicated ourselves to music the past couple of years and gravitated towards each other because of this dedication. We started hanging out at each other’s houses where we naturally began sharing thoughts and ideas for new music. We didn’t consider the fact that we were laying the foundation of a possible band constellation but just slowly started piecing together songs that were different from the kind of music we were used to making separately. We were and are searching for “a third path”- something that varies from what we do individually. Our first and original meeting was early in the morning at the airport in Oslo. Having played with different bands at a festival for upcoming acts we ended up sitting next to each other in the departure area.

How does it feel to start a songwriting session with a new collaborator, when you’re so used to working either alone, or with the same group of other people?

We’ve become close as people and are honest with each other when working on the music so any uneasiness that might have been present in the beginning of the collaboration is gone. It’s exciting starting work on something new and exciting to see that idea blossom from the care and attention that we both give it while working on it together or apart. Metaphorically speaking we stumble around in the dark looking for the unknown- balance to find the perfect common denominator in each particular song.

We’re completely taken with ‘Body On The Bones’ – what’s the story behind the song?

Thank you. You could look at it from a couple of different angles. One being lyrically reversing the course of illness. The other the uncertainty and ecstasy of love.

Can you tell us a bit about Ragazzi – where and when did you write it, and was there a concept in mind as you were putting it together?

“Ragazzi” was written while spending hours together in dimly lit apartments. The record was then recorded as a live band in three days in December and the whole process was characterized by a lot of openness towards the song-structures and a willingness to “see what happens”. After the band recordings had been done we ended up changing some stuff but found that we were definitely on to something that we could both feel. Because of the very intuitive way of writing the songs it’s difficult to try and coin the main themes of the record. We’re two people painting a painting together and what might seem as a theme of love and trust for one might speak to the other as words of “let-down” and disappointment. There’s a ying yang feel to our collaboration.

How do you both balance the different projects you have going on?! You’re both so busy anyway, how do you find time to fit everything in?!

We’re both pretty focused and probably good at some sort of self-imposed tunnelvision. If you’re able to truly be in the moment you can make the most of the moments available and we have been lucky like that lately.

We know this is the WORST question to ask a band of all time (!) but why did you call yourselves Cancer?

Our friendship and also collaboration was born and blossomed at a time where we as individuals were going through some tough personal stuff. We weren’t facing the same ordeals but as the disease cancer had taken away a loved one shockingly and unexpectedly and left in its wake the darkest and most troublesome years filled with sadness and confusion. We choose to work on songs together under the name “Cancer” to try and give the word new meaning, keep communicating and honour the love and honesty that emerges in people when going through tough personal tragedies.

We’re so excited to have you come and play at Ja Ja Ja – what should we expect from your performance at The Lexington?

Just that we will be playing songs from Ragazzi and some new songs to the best of our ability as musicians. This concert is very close to the international release of “Ragazzi” on Sept 29th. So we’re excited about that opportunity.

Do you have any good new music tips to share with us? Danish tips are particularly welcome!

Having signed this record to the good people of our label Tambourhinoceros we’d like to recommend you to have a look and listen at their roster.

It’s not out yet, but I’m really looking forward to hearing this project by Danish musicians Søren Kjærgaard and Torben Ulrich. It will be coming out on Danish label Escho soon I think, but you should definitely check out that label as well.

Writing a lot of new music for our next release and playing as many concerts as possible. 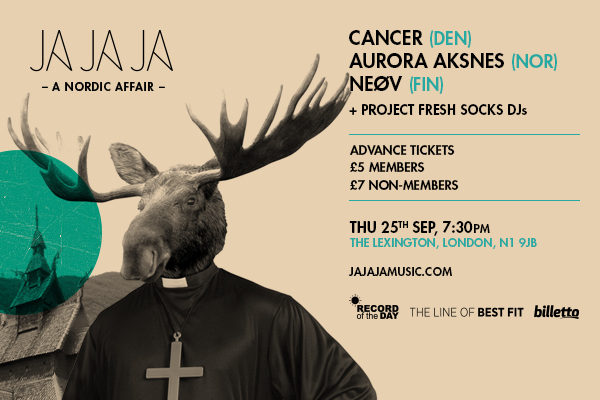