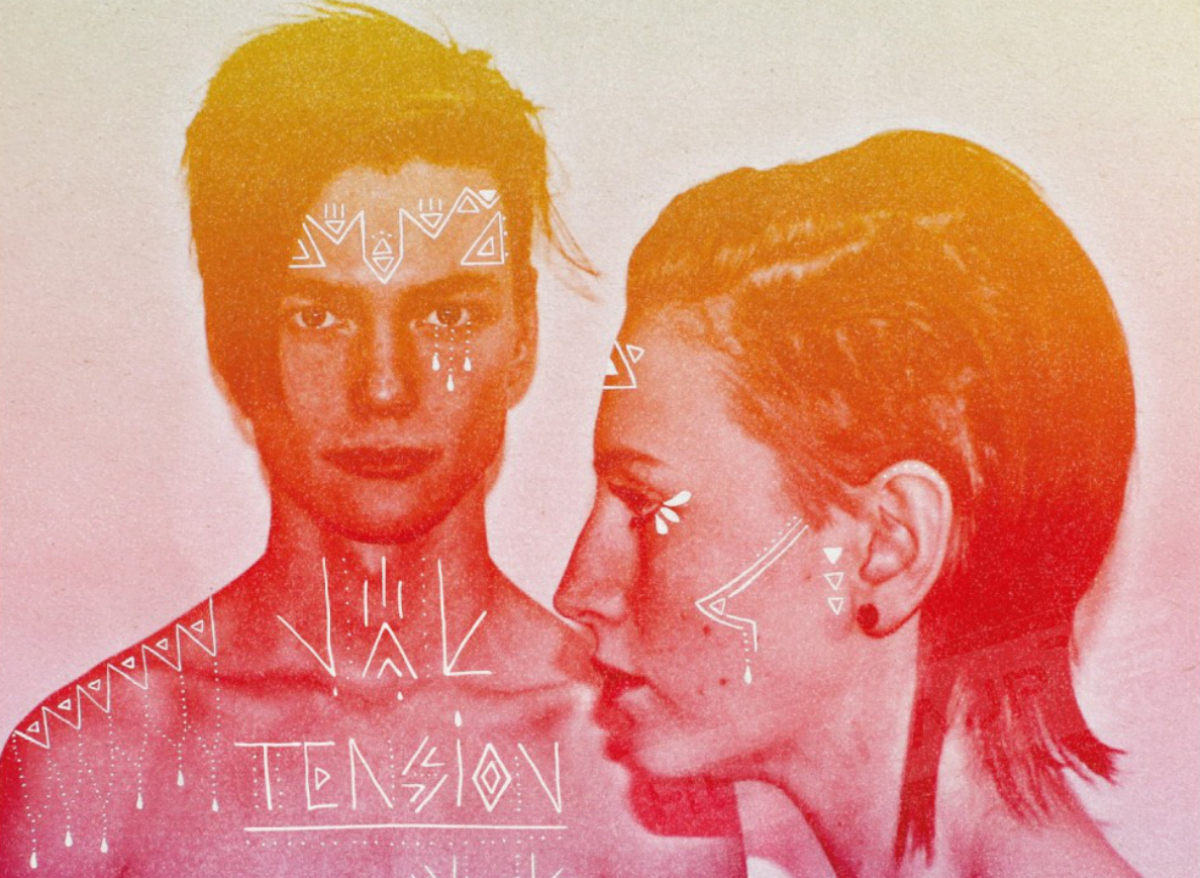 Their debut UK performance will take place at the next Ja Ja Ja club night on the 13th February, so we caught up with Iceland's Vök to find out more about them and what they have in store in our exclusive Spotlight interview! 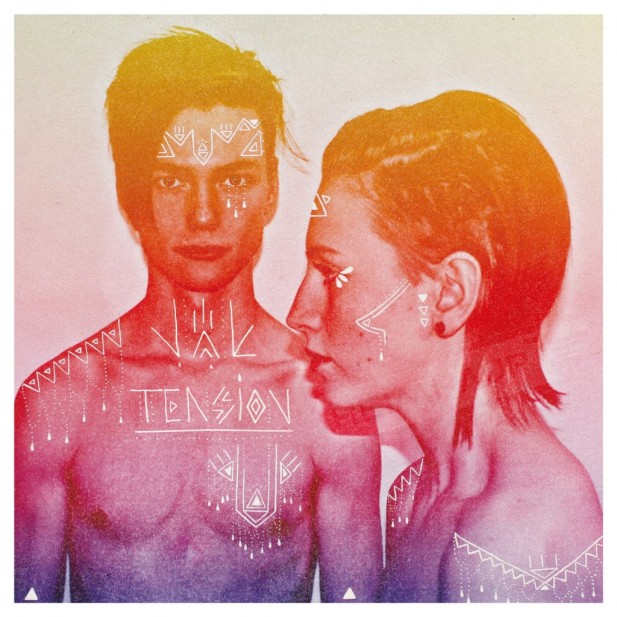 A chance meeting, a decision to join forces and make music and a prominent competition win were all elements involved in the story of how Icelandic act Vök formed just a year ago. A lot has happened and changed since then, with founding members Margrét Rán and Andri Már recruiting guitarist Ólafur Alexander as a full time member of the band, and the trio going on to perform at an astounding nine shows during last year’s Iceland Airwaves festival, making the live act one of the hottest tickets in town.

Vök are now set to head to London for their debut UK performance. They’ll perform as a part of this month’s Ja Ja Ja club night on the 13th February at The Lexington alongside Atlanter and Schultz & Forever, so read on to find out more about them and what they have in store for their much anticipated show.

First let’s get something cleared up – I’ve heard some varying attempts to pronounce your name, but it seems like the closest phonetic way to spell it might be “verk” – does that sound right? Does it have a literal translation?

And then let’s start at the beginning. What was that drew you together as people, and to make music?

Margrét and Óli grew up together and have been close friends all their lives. Margrét and Andri met in 2007 by coincidence on our way to a summer house party with mutual friends. The two of us have been nearly inseparable since.

About one and a half years ago we discovered that we had both been experimenting with electronic music in our separate corners and always aimed at working something out together. We didn’t really do anything but experiment until we decided to participate in Músiktilraunir in 2013 as Vök. Margrét rang up Óli to join forces with us but he had to say no due to being abroad the same week as the competition. To our great surprise we won Músíktilraunir and shortly after Óli came home he was recruited to the band.

I understand this is the first band any of you have been in – were you all playing with sound and instruments already, or did you buy and learn gear for Vök?

For Andri this is the first band but for Margrét and Óli this is actually the second band we have been in together. We even participated in Músiktilraunir back in 2006 with our high-school rock duo Wipeout, then only 12 and 14 years old.

We come from very different musical backgrounds. Andri studied jazz and blues while Margrét and Óli are mostly self-educated.

Have you had some highlights in terms of live shows? Which have been standouts?

LungA festival in Seyðisfjörður last summer definitely stands out as one of the most memorable as it really brought us closer together as a group. Then Iceland Airwaves which was crazy! We had really great venues and the crowds were truly amazing!

You had a very busy Airwaves with so many off-venues, how did that go? What were the best moments of your festival, playing or as an audience member?

Yes! We played a total of 9 concerts during these 5 days, 7 of which were off venue so we were pretty exhausted the Monday after. Our gig in Norðurljós, Harpa on the Wednesday was really awesome. Everything in Harpa is so professional and we can’t imagine a better place to play. Then we had a really surprisingly fun off-venue gig at English Pub the Friday afternoon. It’s a small sports bar in Reykjavík where we were kind of booked by mistake so we didn’t really expect much of it. But when we showed up the place was already packed. Then we started playing and the crowd really went with us and everybody had a great time! 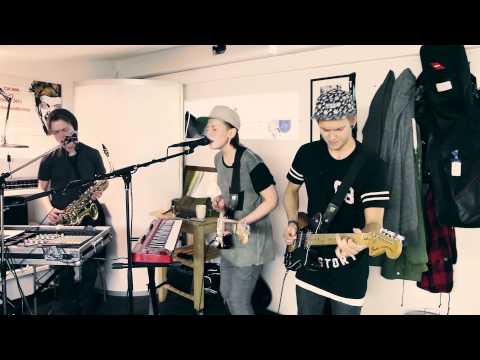 You guys have had a lot of attention for such a young band, how have you been handling all the questions and interest? Has it come as a surprise, or a good one, to have people getting excited and interested in it all?

We try and stay grounded, tackle one thing at a time and it’s very fun when people want to talk to us about our music but most important is that if people are listening and like what they hear, we are happy.

Your first album came out on Record Records – how did it come about, did you work with a studio and a producer? How was the recording process?

The recording process for the EP was mostly done by Andri and Margrét in a quiet summerhouse, out in the country, but a lot of it was done in Sundlaugin the old Sigur Rós studio.

Has it been released internationally? Have you guys played much abroad yet, and if so, how was it?

The EP was released solely in Iceland although RecordRecords delivers worldwide shipping. We haven’t played much abroad yet although we played a couple times in Holland and France as a duo before we became a trio. We definitely plan on doing more of that in the future.

Are there Nordic bands you feel inspired by or excited about?

We’re excited about Byrta from the Faroe Islands and Mhoo from Norway ,both of which we have played with before, there is also a new Icelandic band called Highlands, which we are playing with at this year’s Sónar Reykjavik.

Do you perceive of a thread that connects Nordic bands with something in common?

I think all Scandinavians possess a rare sense of resourcefulness and a different outlook on the rest of the world which reflects in the music.

Are you excited to play Ja Ja Ja? Do you have more plans to go farther abroad in future?

Yes of course we are! Ja Ja Ja has proved to be a great platform for so many Nordic bands and we are thrilled to have a chance to be a part of that! We plan to visit many great festivals this year, whether it be abroad or here in Iceland. 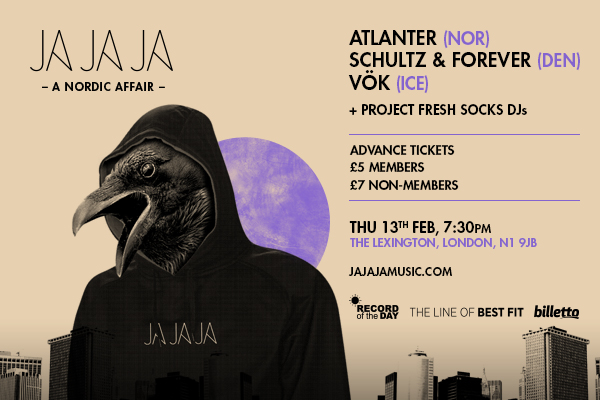