Photo: Heidi Fure They love music, and apparently it is as simple as that. If you throw in the love for that cold melodic pop Scandinavia is so famous for, you have Norwegian duo Mmm. Although they play electro-pop-ish music, one review clarifies that this is not electro pop in the terms of Robyn and … Continued 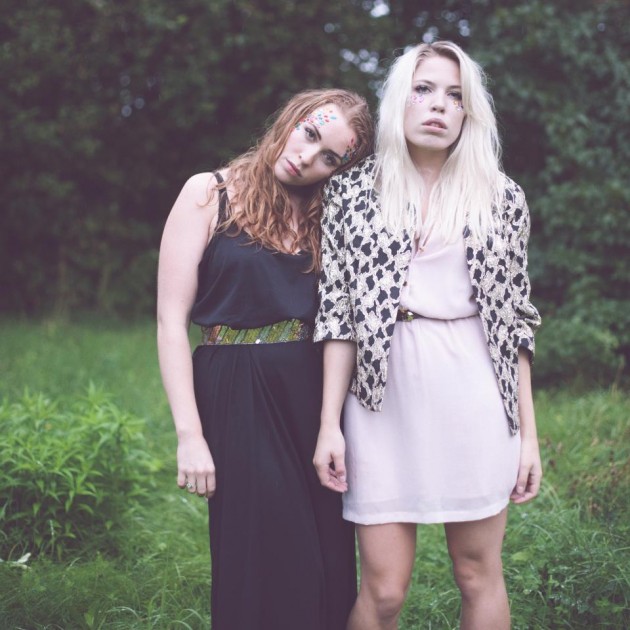 They love music, and apparently it is as simple as that. If you throw in the love for that cold melodic pop Scandinavia is so famous for, you have Norwegian duo Mmm. Although they play electro-pop-ish music, one review clarifies that this is not electro pop in the terms of Robyn and Röyksopp, and we agree. This is a colder, more distant, but still oh so catchy pop, inspired by fiery nature, late nights and long breakfasts – and Sébastien Tellier.

In the beginning of December the duo, consisting of Ida and Johanne, released their latest single trough Brilliance Record’s Diamond Club. Decribed as a “Mmmiracle” by Norwegian Gaffa, ‘Dark Motion’ is a perfect soundtrack to get lost in while walking around in a cold city at night. With such a captivating single, Mmm is definitely someone to watch out for. After all, sometimes the story of two girls buying a synth and a Macbook sampler can, as we have seen before, end up as something really good.

Hey Mmm, who are you and what do you do?
This is Ida and Johanne and we love music..!

So, where did the name Mmm come from?
When we don’t know what to say, its easy to say “Mmm” instead: when something is really good or not that great. It’s like when your mama cook you something heavenly, but its not possible to describe it with words, or when a guy tells you he loves you, and you really don´t want to answer the same. Mmm, works.

You mention Sébastien Tellier as one of your biggest inspirations, what else inspire you?
Tellier’s personality is a good reference to inspiration for us. In a way he was a kind of a platform when we started making music together. We let ourselves be inspired by his ability to make conducted, simple and smooth electronic music with so much feelings and passionate melody lines. It is really hard to describe inspiration and it can often sound a little bit naive – but we let ourselves be inspired by life. It may be as simple as that, and at the same time saying that life ain’t easy. It’s the contrast between what actually happens and what we think and feel.

‘Dark Motion’ is produced by Ådne Meisfjord (120 Days), what can you tell us about the process of making this track?
‘Dark Motion’ is one of the first songs we made during in a period when we were super single and went a lot out at night… We had been talking to Ådne about working together and when he saw us perform live last spring he got very interested in working with ‘Dark Motion’ and the other songs.

It was really important for us that we had a good cooperation with our producer and that he understood what Mmm is and where we wanted to go. We have worked closely with Ådne this summer, and we are very happy with that and looking forward to work more with him. We can perhaps say that ‘Dark Motion’, as it is today, has been created through a good mix of one idea, a lot of hard work and lots of good laughs, wine and take-away sushi dinners on the floor of the studio.

You say that you met in 2010, bought a synth, a Macbook sampler and so on and just started exploring, do you thing the easy accessibility to equipment to make electronic music on has changed the genre of electro pop in any way?
We believe that in this case it makes it easier to work across genres. We both started making music with only vocals, acoustic guitars and piano. The electronic instruments have given us the opportunity to explore more and to create a more complete expression and sound. That’s what attracts us to the electro pop genre.

What’s next?
Right now we finishing the covers for a 7″, which will soon be released. We are in the studio with some new songs and doing the final touch on our brand new music video for ‘Dark Motion’, made by Aron Eskeland. December 13 we have our release party at Mono in Oslo and then: Merry Christmas and Happy New Year …!

The aforementioned video has since our interview with Mmm been released, and you can now watch it below.