The other week you’d have read a post about a cassette release from Oslo hardcore band Problems. Well, we were interested enough to speak to Lars who runs their label Ormeyngel (and who’s also in Problems) to find out more about the hardcore scene in Norway’s capital city. We asked him a few questions, he answered, … Continued 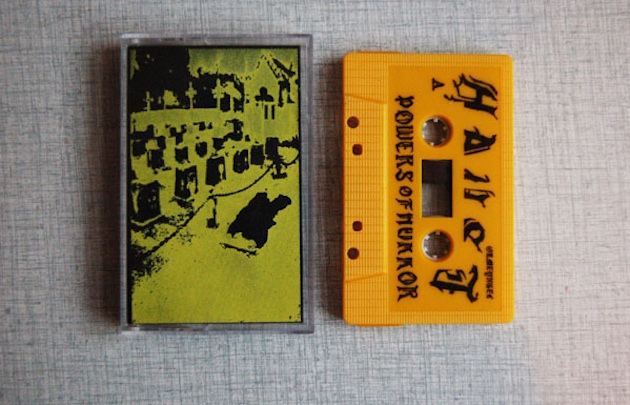 The other week you’d have read a post about a cassette release from Oslo hardcore band Problems. Well, we were interested enough to speak to Lars who runs their label Ormeyngel (and who’s also in Problems) to find out more about the hardcore scene in Norway’s capital city. We asked him a few questions, he answered, then we posted the whole thing below for you to read. He speaks openly and frankly about DIY tape releases, by:Larm, blak holes and Indian restaurants…

JJJ: Hello Lars. Could you tell us a bit about the label, its history and motivations?
Lars: Just as much as I see Ormeyngel as a label, I consider it to be a platform of exposure for bands we are involved in. Until now, we’ve mainly worked with cassette tapes, and while many DIY tape labels might go on about some ideological reason or whatever for putting out tapes, I’m just gonna lay it down straight and say it’s about the money. Releasing and distributing vinyl from Norway is expensive when you work on a small scale, and tapes are cheap as hell. Additionally, they can be produced rather quickly so you can get good music out there right away. That’s what I mean with a “platform of exposure”, as many of the releases we’ve done with Ormeyngel are stuff that probably wouldn’t be out there if we had to put it all on vinyl. Most of the tapes we’ve put out are the bands’ first release ever, and some bands have even spawned out of the possibility to put out a tape, so the medium has definitely got its advantages. As for history, Ormeyngel spawned out of the band Okkultokrati, which we started in 2008.

JJJ: You sent us a link to a 7-track tape by Problems a while back, featuring members of a few bands from the hardcore scene, which might suggest it’s a pretty supportive scene. Would that be fair to say? Who are the grandparents and who are the kids?
Lars: The reason why both Problems and the other Ormeyngel bands feature many of the same members is more due to lack of adequate personnel, really. The hardcore/punk scene in Oslo is good and in my eyes as unified as one can demand, but we rarely start bands with people outside of our small group of friends. As for kids vs grandparents, I don’t really know or care. I just hope that we will forever be the kids. The type of kid who is hated by the others and just locks himself up, working on some brutal attack and then launches out and destroys everyone. The kids of the black hole.

JJJ: When you sent that link you mentioned your connection to the Fysisk Format label (run out of the Tiger Records shop in Oslo). How important are stores like Tiger to you, with our consumption of music increasingly becoming digitised?
Lars: Tiger is THE record store in Oslo, as far as I’m concerned. There are others with great stock and all, but Tiger is, and has always been, something much more than that as they serve a great importance in the Oslo/Norwegian underground music scene. They’ve always supported underground bands, and with Fysisk Format they took that to a whole new level. It’s the best label in Norway, and I’m glad that it has been the home of Okkultokrati for four releases now.

JJJ: Like many genres (jazz, metal, what-have-you), hardcore can seem impenetrable to new listeners; with lots of sub-genres it’s not so easy to know where to begin. I heard a great Oslo band called Manhattan Skyline (also released on Fysisk Format) a couple of years ago and they sounded tech-metal / post-hardcore to me, then I was told that no no no, they were mathcore. Uhhh… any advice?
Lars: The Ormeyngel school of hardcore: You start off with Damaged. Then you move on to My War. After that, you wanna go either to Loose Nut, or back to the early seven inches, depending on whether you liked My War better than Damaged or not. After this, you are on your own and free to choose between Slip It In, In My Head, or even The Process of Weeding Out if you wanna get your masters degree.

JJJ: Do you feel a connection to the wider Oslo music scene, its festivals and industry showcases?
Lars: by:larm – no, I feel no connection to that event. I don’t oppose it in any way, but I don’t see its significance for unestablished bands, which is what it usually is promoted as. The bands will only obtain an advantage from participating by having a bunch of other things in place when prior to their performance at such and event. Things like a booking agency, record label, a public appeal/image. The bands we’ve seen “emerge from by:larm” would have obtained the publicity and recognition anyway. Thus, I see by:larm obsolete as a “tool” or opportunity for bands, and as nothing other than a club festival. Which is more than okay, but I wish everyone would stop promoting it as such a big deal for the minor bands participating, because bands truly believe that getting picked out for the by:larm line-up will get them places, and for the majority of them, it won’t. This isn’t by:larm’s fault, because they’re not a musical charity organization, but the illusion created in the minds of many artists is damaging to their productivity and their attempts at making something happen for themselves or reaching out to people in months that aren’t named February.
As for Øyafestivalen, which I assume you are referring to: Its nice to have a festival in the city center and I attend if there are good bands playing or if I’m involved either by working for Tiger or involved as an artist. Actually, the Øya club night one day prior to the festival is what by:larm should be. No bullshit, just tons of great bands playing all over Oslo.

JJJ: Any advice for new visitors to Oslo? Give us three of your favourite bars/venues/stores/tram-routes…
Lars: My advice: Direct your travel towards Brazil instead. But if you really wanna come to Ugly Fucking Oslo, stop by Tiger to buy some records, and then eat a pizza at Hell’s Kitchen, Bari or Riccetta. Or Indian food at Albertine, which is right next to my place, but don’t come knocking because I don’t wanna hang out.